LeBron James Told Russell Westbrook To Go Home And Watch A Comedy, Or Be With His Children After His Performance Against The Warriors 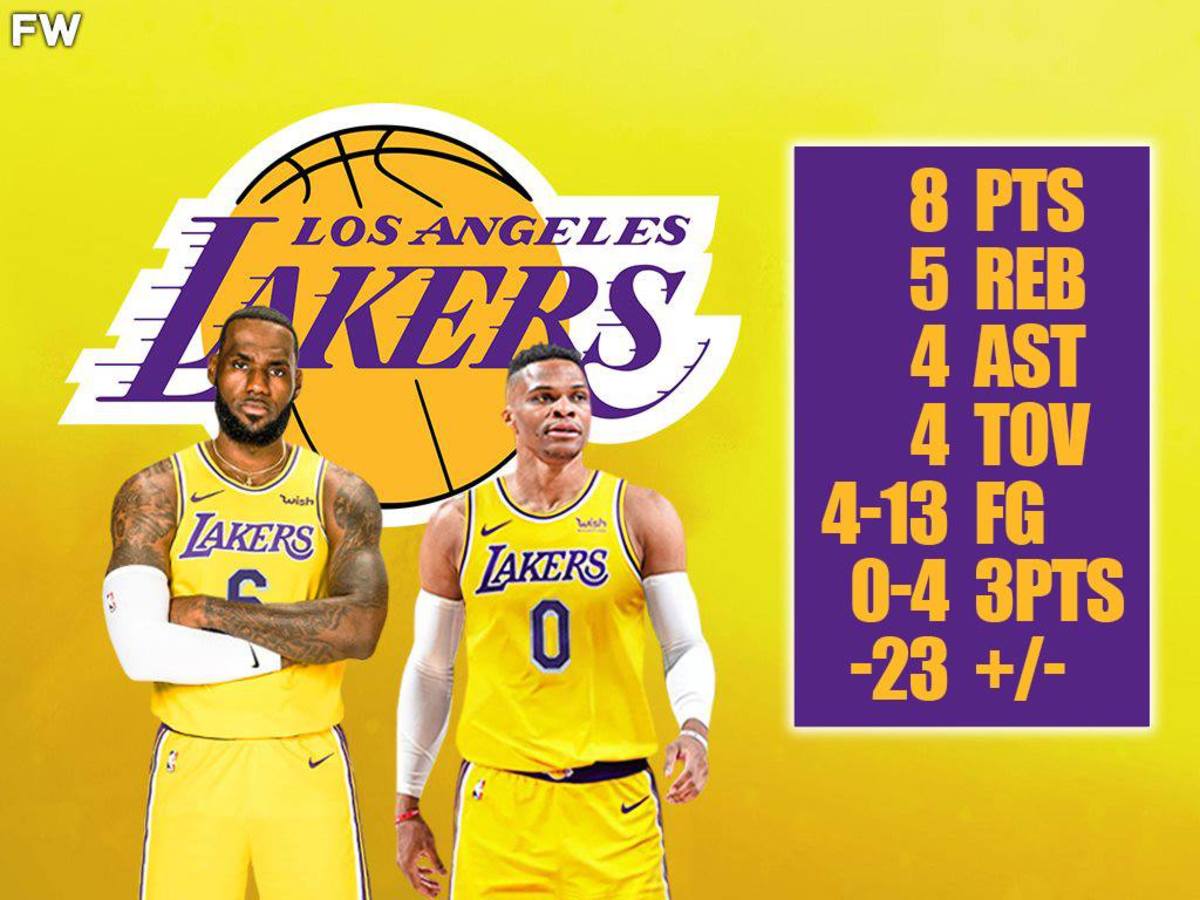 On the opening day of the 2021-22 NBA season, Russell Westbrook and the Los Angeles Lakers continued their preseason struggles. After going winless in the preseason, the Lakers started the season on a losing note as well. While the other parts of the Big 3 - LeBron James and Anthony Davis - had phenomenal games, Russ? Not so much.

He put up an embarrassing stat line of 8 points, 5 rebounds, and 4 assists. On top of that, he was simply awful while shooting the ball as he finished the game with only 4 of his 13 tries ending up in the basket. This includes is 0-4 from the three-point line.

He also turned the ball over four times. During the preseason, turning the ball over was a regular issue for Russ. But he ensured fans that it was only a matter of time before he figured it out.

Following a poor performance from his teammate, LeBron James had a piece of advice for Russ. Lakers reporter Kyle Goon revealed on Twitter:

"LeBron said he told Russell Westbrook to go home and watch a comedy, or be with his children — to do something that will make him smile and keep the loss in perspective: “I just don’t want him to be so hard on himself.”

Last season, the Lakers started off great but as the season proceeded, injury troubles ruined their hopes of winning back-to-back championships.

In hopes of not repeating a similar result, the franchise completely revamped the team. They've added numerous veterans to the team, but the biggest addition to the lot has to be Russell Westbrook.

Since leaving the Oklahoma City Thunder, Russ has kind of lost his magic. Although he was never known for his shooting ability, he is also missing the nuclear athleticism that made him a true beast!

Due to getting older and a few injuries he has been relying on other aspects of his game. So far that plan hasn't gone to his benefit.

Additionally, he has been passing the ball a tad bit too much, which makes his game one-dimensional. Maybe as the season progresses, he will finally find his groove back and help the Lakers win another NBA championship. Stephen A. Smith Reacts To Ben Simmons Getting...