LG’s crazy rollable phone is real, and it’s set for release this year 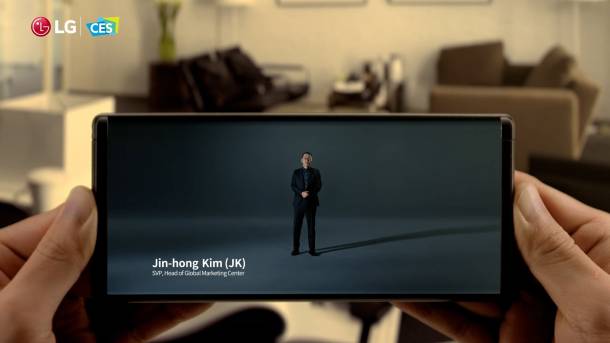 Earlier today, we listed ten of the most exciting products that were on display at this year’s virtual CES, but there were plenty of other gadgets that just missed the top ten. One of those gadgets popped up at the beginning and the end of LG’s CES 2021 press conference, and although the Korean technology company made no mention of it during the event, we have since learned that the LG Rollable smartphone will make its debut in 2021.

Best-selling face masks are on sale for just $2.12 each thanks to this Amazon coupon


As you can see at 2:07 and 28:27 in the video below, LG bookended its press conference with a sneak peek at a new phone that is capable of expanding its display not by flipping open, but by sliding out:

Without any explanation from LG, many publications speculated that this was just a hint at a prototype that might turn into a real product at some point in the distant future, but they were proven wrong on Tuesday when LG confirmed to Japan’s Nikkei Asia that the LG Rollable is a real phone and it will launch this year.

“Our management wanted to show that it is a real product, as there were many rumors around the rollable phone,” LG spokesman Ken Hong told Nikkei. “As it is released at CES 2021, I can tell that it will be launched this year.”

Beyond receiving official confirmation of the phone’s existence from the maker of the device, Nikkei also reports that an industry source with knowledge of LG’s plans claims that the company is working with BOE Technology Group in China to produce the rollable displays that will come equipped on the phone.

The rollable display is said to be “based on flexible organic light-emitting diode (OLED) technology,” and while BOE has been constructing OLED panels for Huawei’s phones, the manufacturer’s workload is said to have diminished somewhat since the US banned Huawei. In fact, this partnership could end up being beneficial to both BOE and LG if the phone ends up selling well, as LG’s mobile division reported an operating loss of 148.4 billion won ($135 million) in the third quarter. Perhaps a more exceptional mobile device will find a larger audience. Samsung just announced the chip that will power...