Longtime Worker Gets Fired For Being Late For The First Time Ever, So His Colleagues Let The Boss Know They’re Not Disposable The words “you’re fired” are horrifying to hear. Whether you’re new to the job or an experienced old-timer, they’re a real shot to your confidence.

Naturally, your initial reaction might be to shout, cry, and figure out a way to spend all the vacation days. But getting laid off does not necessarily mean the end of your career. Or that you did something inherently wrong.

Earlier this month, Reddit user No_StopItStepbro submitted a story to the popular ‘Anti Work‘ community about their coworker who, after being with the company for over 7 years, got terminated for showing up late, even though that was the first time he slipped up like that. 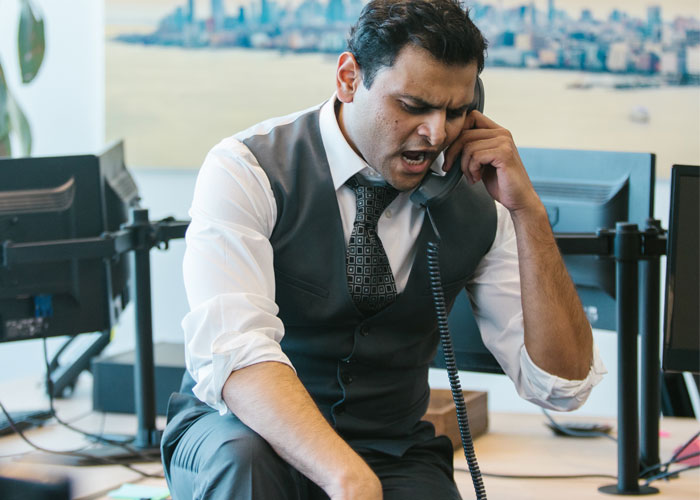 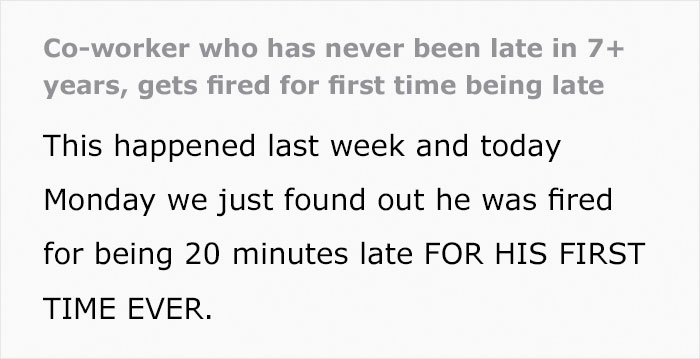 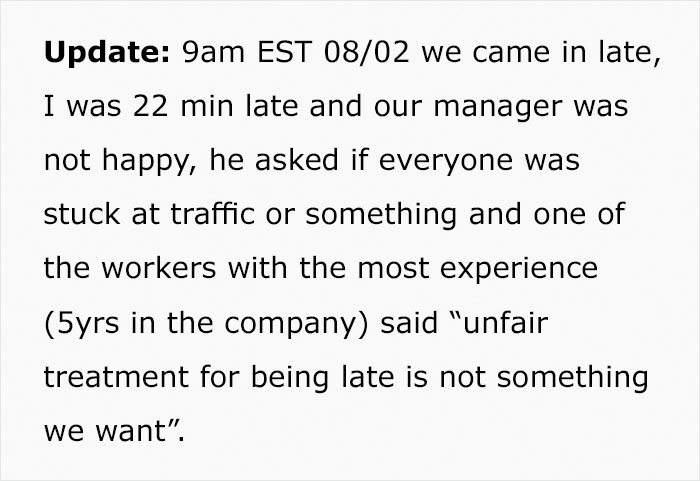 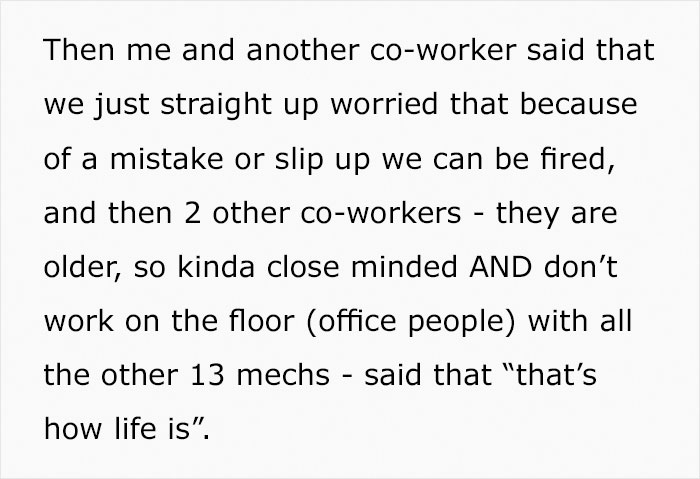 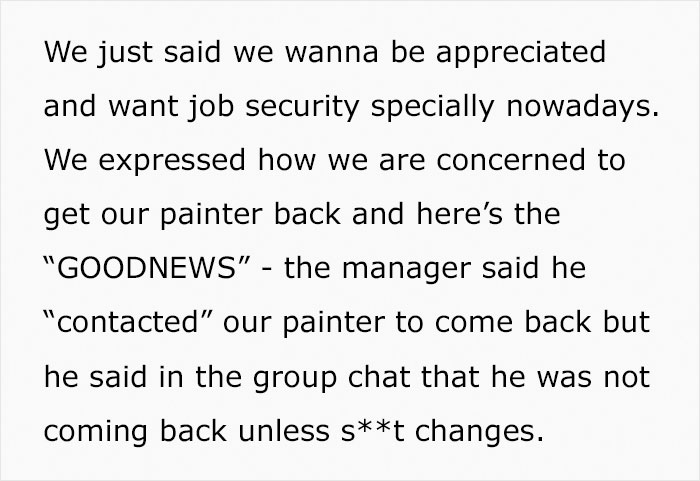 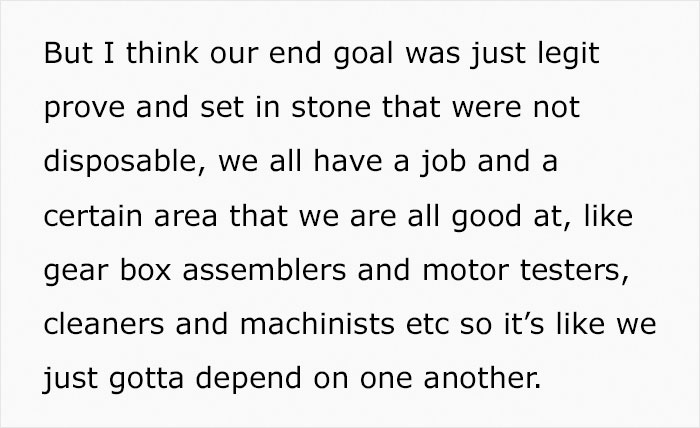 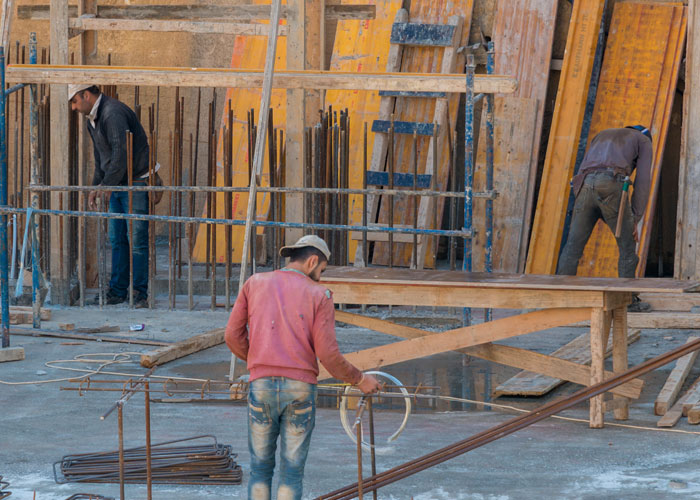 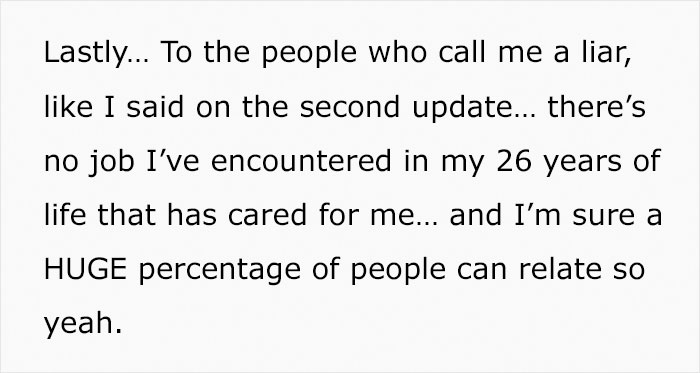 People had a lot to say about the whole ordeal 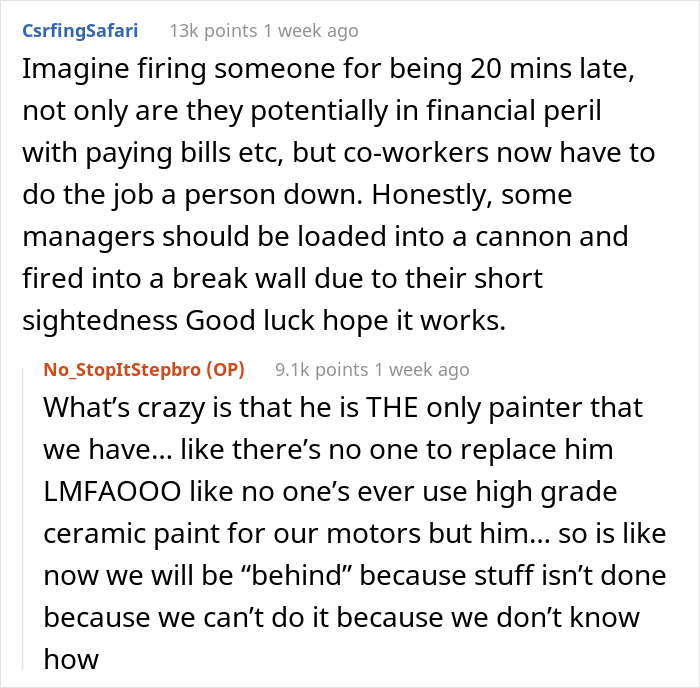 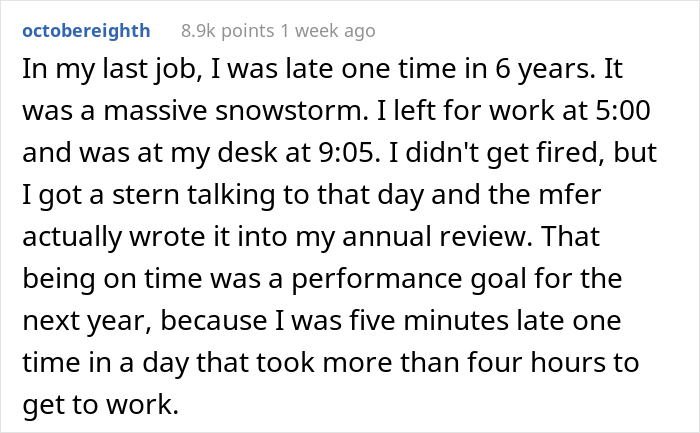 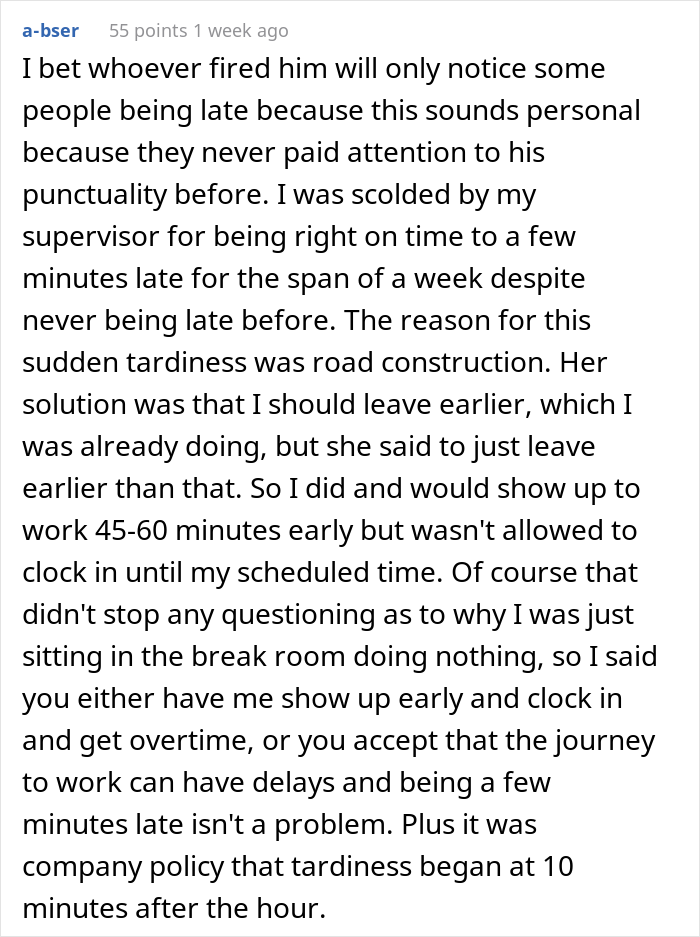 The post Longtime Worker Gets Fired For Being Late For The First Time Ever, So His Colleagues Let The Boss Know They're Not Disposable first appeared on Bored Panda.

20 Folks Online Are Sharing Stories About...