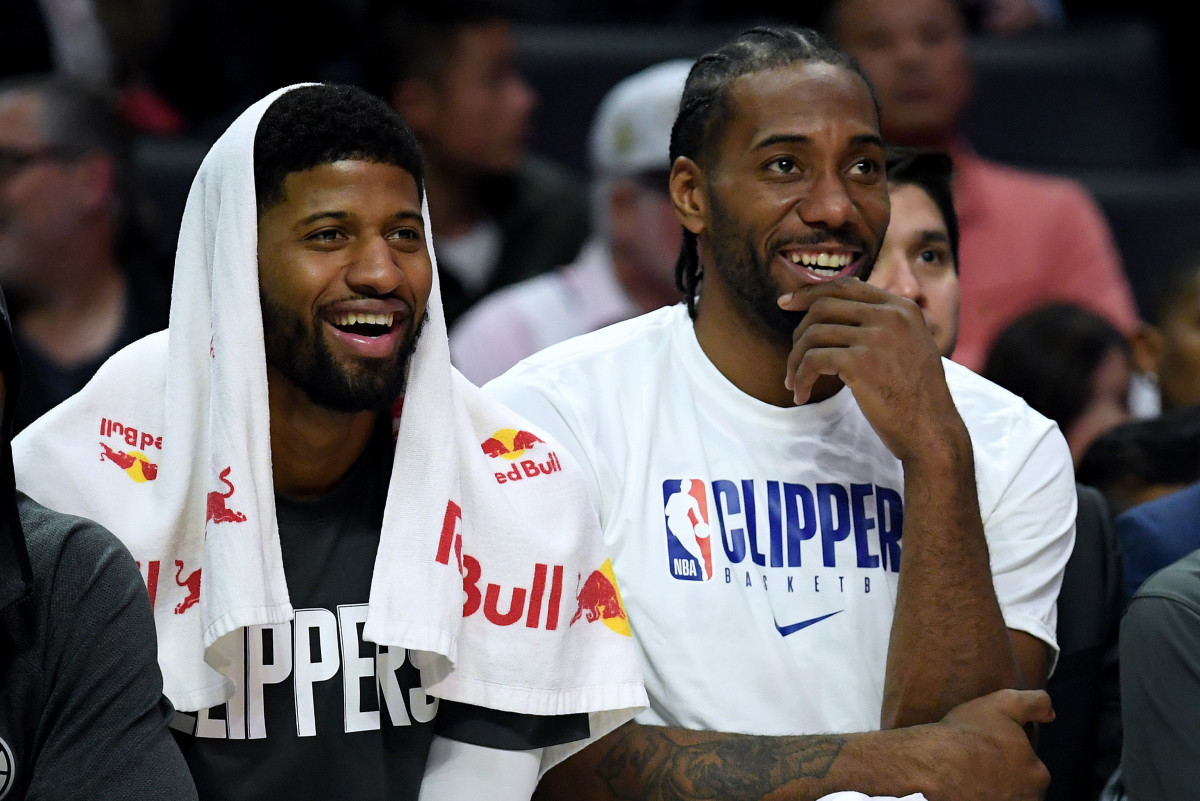 With the new NBA season beginning soon, NBA players are using their free time for two things - Training and enjoying some quality time with their friends or family. Well, it seems like today was an off day for most.

Since joining forces, the two stars have been in the spotlight. First, the fans expect them to bring their first-ever NBA championship to the franchise. Second, they are the noisy neighbours of the Los Angeles Lakers - one of the most successful teams in the NBA.

Anyway, there isn't a huge chance for the Clippers to win a ring this year since Leonard will most likely sit out the majority of the season to heal from his ACL injury. But bonding over a football game is always on the table, right?

Kawhi looks adorable with his kid in the video as the two-time NBA champion gets some extra family time.

As for George, he will be required to focus back on the upcoming season. With Leonard probably out for the season, the burden of the entire team falls on his shoulder.

Over the last couple of years, George has had several ups and downs in the league. When he joined the Clippers, he had a pretty amazing season with the Oklahoma City Thunder a year earlier. But joining the Clippers came with a lot of pressure as he failed to live up to expectations in the 2020 playoffs.

He did redeem himself after a good run in the 2021 postseason. Additionally, he almost helped the Clippers make it to the franchise's first NBA Finals appearance, even without Leonard at his side.

Expectations might still be high for the Clippers, but considering the competition in the West, it is hard to see them getting very far in the playoffs. That seems certain unless PG13 has an MVP-type year and carries the team on his shoulders.