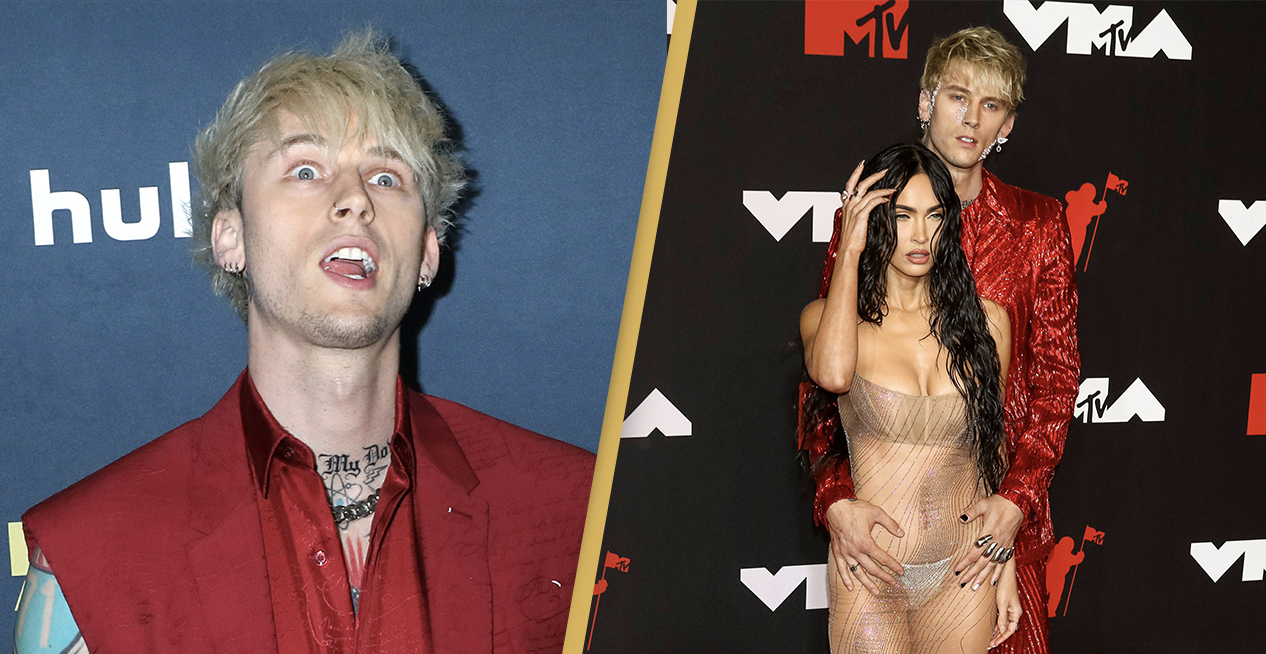 Of all the ways to impress a girl, from buying her flowers to taking her out for dinner, stabbing yourself isn’t something that immediately springs to mind.

However, it seems that is exactly what Machine Gun Kelly did to try and impress his girlfriend Megan Fox when they started dating.

The American rapper, real name Colson Baker, apparently decided to think out of the box, revealing on Jimmy Fallon’s The Tonight Show that he even required stitches after trying to perform a trick to impress the 35-year-old actress and model. Explaining how he got multiple injuries, such as damaging his coccyx, playing beer pong with Post Malone, and being caught on camera failing to lift Pete Davidson, Kelly revealed his bizarre attempt to win over Fox that involved a daring bit of knife throwing.

And while he may have had the confidence, Kelly unfortunately didn’t quite have the skill. ‘I threw it up and it stuck in my hand,’ he said

You know how you throw it up, and you’re supposed to catch it. I looked at her and I was like, ‘check this out’.

Waking up the next morning, Kelly says, he realised, ‘Yo, I need stitches real quick.’

Despite being known as Machine Gun Kelly since he was 15 years old, the rapper is now going by his real name, Baker.

He also announced his next album, expected at some point in 2022, called Born With Horns, with a track called Papercuts being the lead single.

Elsewhere, Baker is set to star in western drama The Last Son alongside Sam Worthington.