Man Shares Adorable Video Of How His Cat Explores London 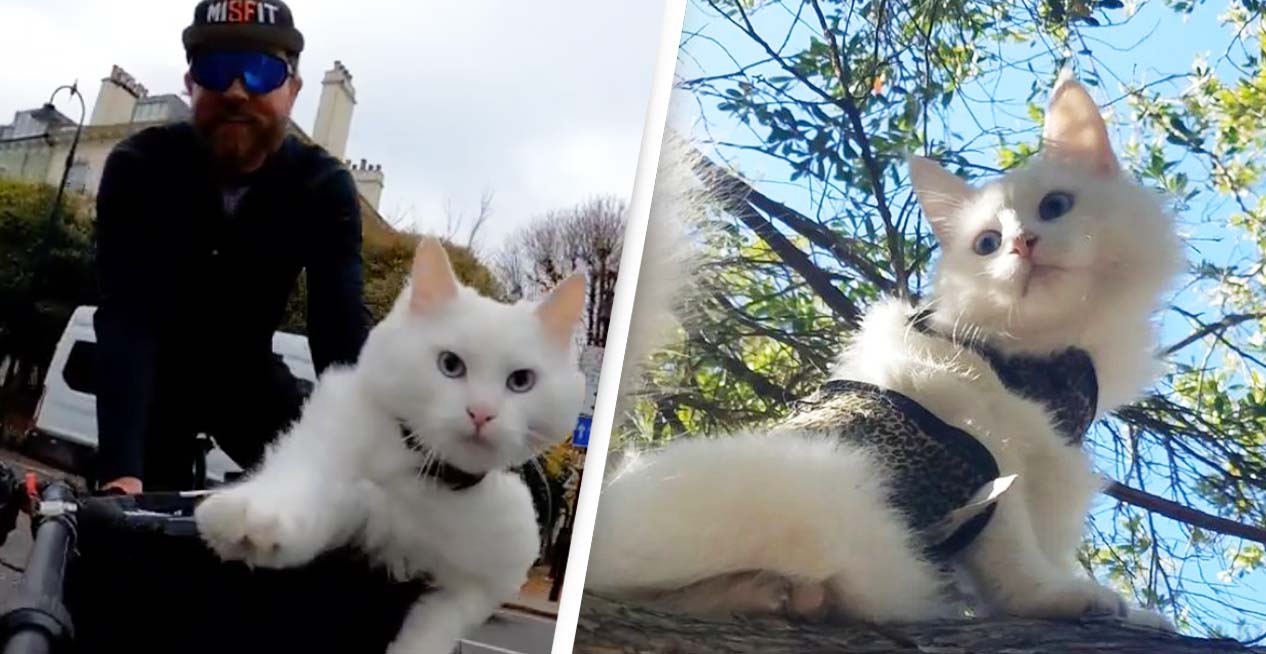 Some cats are content with staying within the four walls of their home, others explore the outdoors as they please, but I’m not sure anyone has a cat quite like the one belonging to cyclist Travis Nelson.

Travis’ beautiful Norwegian forest cat, Sigrid, became internet famous after her owner began sharing videos of her adventures on Instagram, where she has amassed more than 43,000 followers.

Whereas most outdoor cats get around on their own four paws, Sigrid gets to explore her surroundings from a basket secured to the front of Travis’ bike, where she sits happily as she is chauffeured around the city of London.

Check out Sigrid’s adventures below:

Travis began to take Sigrid out on his bike after being made redundant last year, at which point he started looking for a new sense of direction. Over the following months the pair documented their travels through England’s Lane, Hampstead Heath and Hyde Park, gaining more and more followers as they did so.

Speaking to the Ham&High about his adventures, Travis explained people are ‘always quite surprised and happy to see Sigrid on the bike’, with their outings often featuring a ‘non-stop trail of people waving, smiling and shouting ‘hey there’s a cat’.’

He added: ‘It sounds a little strange but it’s as if you’re spreading joy, like a trail of happy people everywhere we go. It’s quite fun.’

While some cats can barely deal with taking a short car-ride to the vet, Sigrid will ‘stand at the door and whine’ in her desperation to get out into the world.

Travis explained: ‘She sees me messing with my bike and she starts running around getting excited, it’s her favourite thing to do.’

The cyclist’s partnership with his furry friend, who is deaf, helped give him a sense of purpose and routine while he was out of work and dealing with coronavirus lockdowns. Travis says he usually describes Sigrid and himself as ‘best friends’, noting they’re ‘together all the time’.

He continued: ‘Sigrid does mean a lot to me. It’s been a tough year and she’s been a big comfort. It’s a little odd now, almost every time we go riding we get recognised by someone. It feels like we have friends everywhere.’

You can keep up to date with Sigrid and Travis’ adventures on Instagram, via the handle @skintension. The World’s Most Expensive Place To Live Has...