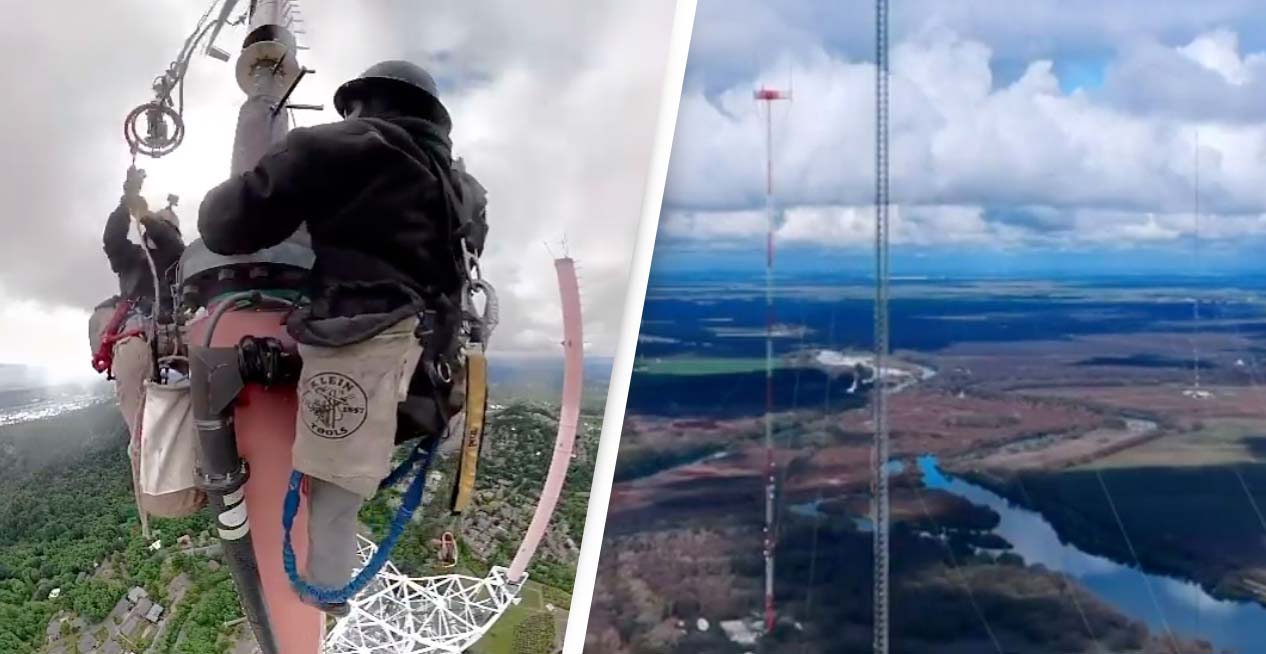 Those with vertigo might want to look away now: a man has created nail-biting videos atop a very, very tall tower indeed.

Instagram user Sam Slavens apparently spends most of his time at the top of incredibly tall buildings and has wowed his followers by posting footage from some of the places he goes.

Slavens works on these towers and has been lucky enough to be atop some of the most impressive structures in the world.

One such video sees him at the top of a building so tall you’d need a helicopter to get on top of it, with Sam and the crew working on removing an old TV antenna.

Captioned ‘Removing an old tv transmission antenna in the first of seven helicopter picks over the weekend!’,  it’s a slightly stomach-jarring clip showing nothing but the hard ground below should they fall while on the job.

The video drew some impressed commenters, with one writing: ‘Wow-not A hefor anyone afraid of heights’.

Another praises the team of two in the video, saying: ‘You Guys are the Real Men’.

That’s nothing compared to a video he posted at the beginning of last year, though, which he titled ‘Third Tallest Guyed Mast Tower in the World’.

In the caption for the clip, Slavens says that at 2,049 feet above the Sacramento-San Joaquin River Delta, ‘this TV broadcast tower is the 7th tallest structure in the world.’

A helicopter would surely be needed for this one as well, but apparently you can actually access the top of the tower from the inside. ‘Fortunately this tower has an elevator that goes 100 feet/minute so it’s about 18 minutes up to the level we’ve been working’, he explained.

Commenters were stunned, with one praising Slavens for his ‘iron balls’ to do the job he does, to which someone else responded: ‘looks like lots of fun that’s for sure’.

Others have asked how to get into that line of work themselves, although one user quipped: ‘Don’t forget anything’.