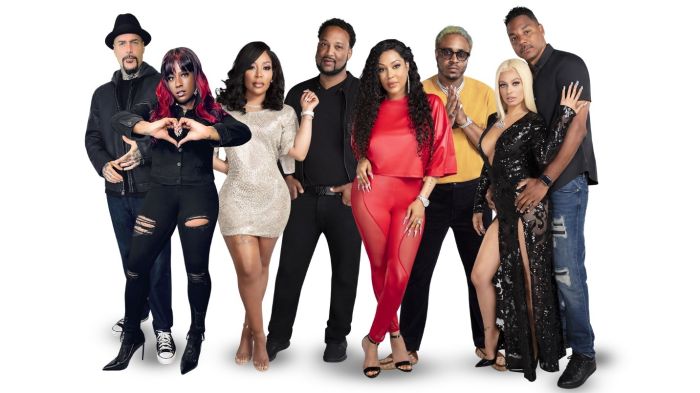 We’re just a day away from a brand new episode of ‘Marriage Boot Camp: Hip Hop Edition.’ This season, four hip hop couples, including K. Michelle (and boyfriend Kastan), Gangsta Boo (and boyfriend Emmet), A1 and Lyrica and Rich Dollaz and Mariahlynn, face the music at Marriage Boot Camp. Dr. Ish and Judge Toler help the couples confront lies, betrayal, and bitter rivalries. Can the relationships survive when secrets are exposed? This week we’ve got another sneak preview clip for your viewing pleasure!

This week’s clip features Dr. Ish talking to Gangsta Boo and Emmet about a “white powder” found under a lamp in their room – and whether substance abuse has been an issue for them in the past. As you can probably imagine, the line of questioning does not sit well with Gangsta Boo.

Check out the clip below:

What To Expect From 5/26 Episode Of ‘Marriage Boot Camp: Hip Hop Edition’

Here’s what else to expect from the episode:

Tensions mount as the couples take a lie detector test. Things get real when Toler reveals that half of the group was deceptive. A night out brings temptation, but Mariahlynn reaches a breaking point.

Wow that’s wild there was so much deception. What kind of lies do you think people were telling? Guess we’ll have to tune in and find out.

Will you be watching? Earthquake Reveals He Was $3 Million In Debt...