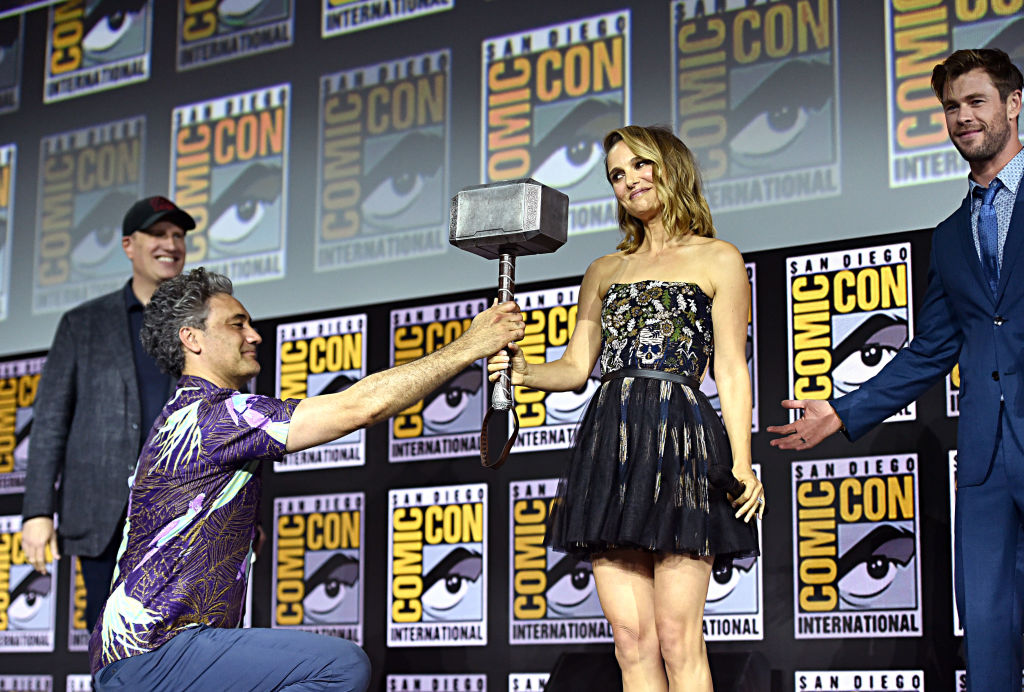 Marvel is finally getting closer in its quest for year-round content delivery. Over the course of this year and the past few months of 2021, we’ve received Spider-Man: No Way Home, Moon Knight, and Dr. Stange in the Multiverse of Madness. Ms. Marvel will make her Disney+ debut this coming June, but the most anticipated Marvel production this summer is Thor: Love and Thunder.

During Comic-Con in 2019, it was revealed Natalie Portman would return as Jane Foster, sending Thor fans into countdown mode. With the pandemic, the movie slate has seen tons of delays, but the movie will finally arrive in theaters on July 8th.

One more surprise addition to the movie was Christian Bale, who will be playing Gorr the God Butcher. While Marvel always has tons of leaks, any visual of Bale in character had been kept under wraps until this drop. Now, we finally get our first look at Gorr and it’s absolutely terrifying.

Taika Waititi is back behind the lens and delivering the first full trailer and it is filled with comedy and horror. July 8th is only weeks away, but you can watch the first trailer for Thor: Love and Thunder below to fill the void until then. Burn-Proof Edition Of ‘The Handmaid’s Tale’ Up...