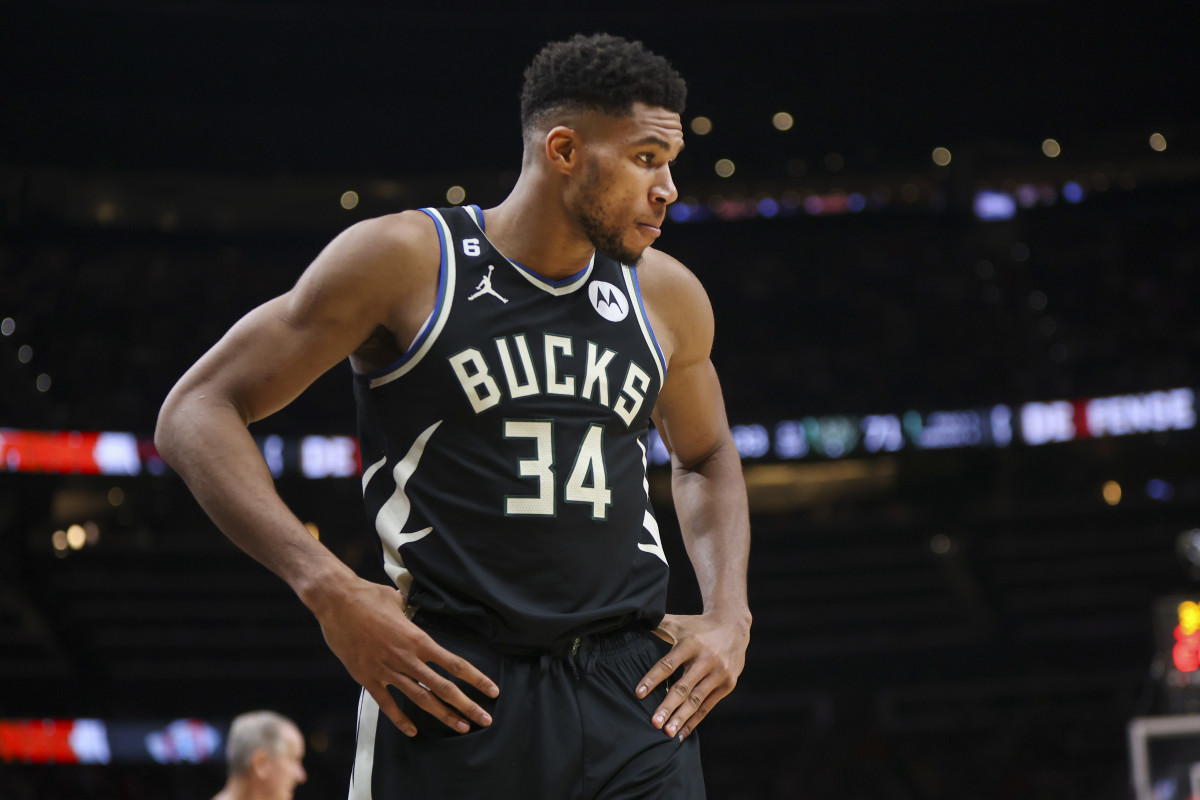 Bucks superstar Giannis Antetokounmpo found himself in some hot water recently after an incident at the end of his loss against the 76ers.

Giannis was denied free-throw practice by the 76ers (specifically Montrezl Harrell) and was caught throwing a ladder down to the floor that was blocking the rim. The whole thing made Giannis look out of control at the time, but it was later revealed that Antetokounmpo was actually showing restraint.

Whatever the facts, everybody has their own take on it -- including former Warriors swingman Matt Barnes, who said this on his podcast regarding the whole ordeal:

Giannis Antetokounmpo Reportedly Tossed The Ladder Out Of Frustration

Giannis was later confronted about this situation, and he didn't waste any time in offering up a statement. Giannis did not apologize, as some suspected, but he did take full accountability for his actions and put a reason behind his actions that day.

There were a lot of people that didn't like the way Giannis behaved during the video of the incident. But there was a lot more to what happened than what was first apparent. And Antetokounmpo spoke about it after explaining his side of the story to The Athletic.

“I never try to disrespect anyone, in any way shape or form,” Antetokounmpo said, an hour after the incident. “I feel like today was just unfortunate event that took place. I think people did not respect the fact that sometimes players want to get some extra work in. I think it’s unprofessional to kick somebody off the court or take the ball or whatever the case might be. Or put the ladder in front of somebody while he’s trying to do his job. We get paid to do this. They didn’t just pick us. We get paid.”

I won't say Giannis is the victim in this scenario, but he is somebody who was acting to something that was out of his control. The fact is, there were better ways for Trez and the 76ers staffers to handle that situation than by bullying Giannis like that.

Nevertheless, it's something that both sides are moving on from now. Let's just be glad it wasn't something worse.