It’s no secret that little things can stir up some serious issues in our extended families. Especially if it’s something that involves kids and decisions made against their parents.

“One tiny thing that came about when I had a daughter was ear piercing,” wrote one woman on r/AITA who added she was not comfortable with the idea from the beginning. Moreover, there have been some “cultural difference issues in the past” with her husband’s family.

Turns out, the woman’s mother-in-law decided to pierce their daughter’s ears, saying it’s something “she has done for all the babies in the family and it was tradition.” The author of the post said that it was a turning point from which she decided not to have her “mother-in-law alone with the kids.”

Wondering if it was the right decision, the author has gone on Reddit to ask for advice on this whole situation.

After her mother-in-law decided to pierce her granddaughter’s ears behind her back, this mom decided she won’t allow the MIL alone with the kids 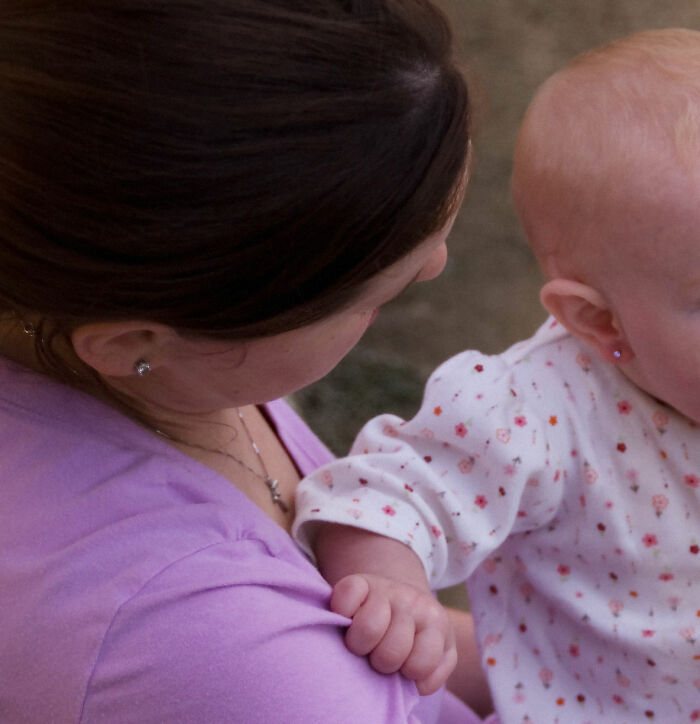 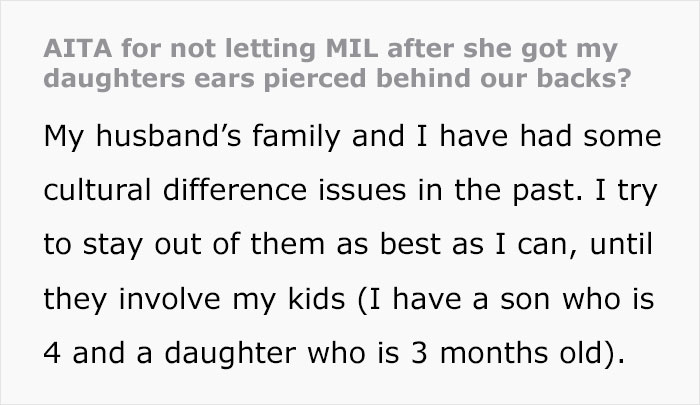 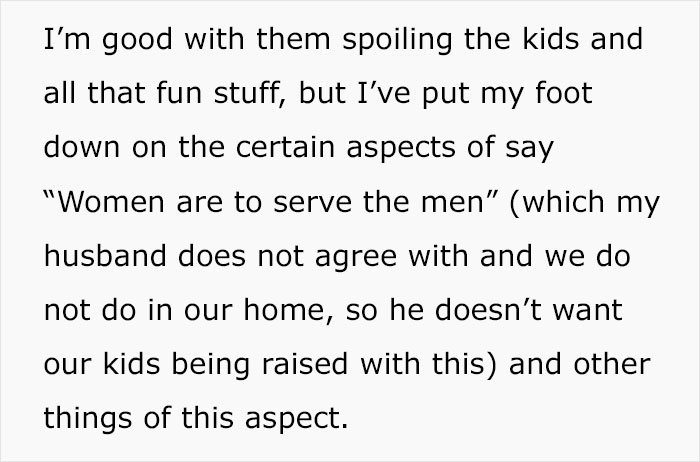 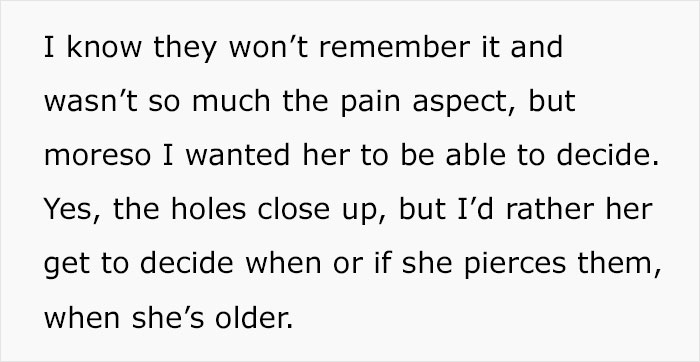 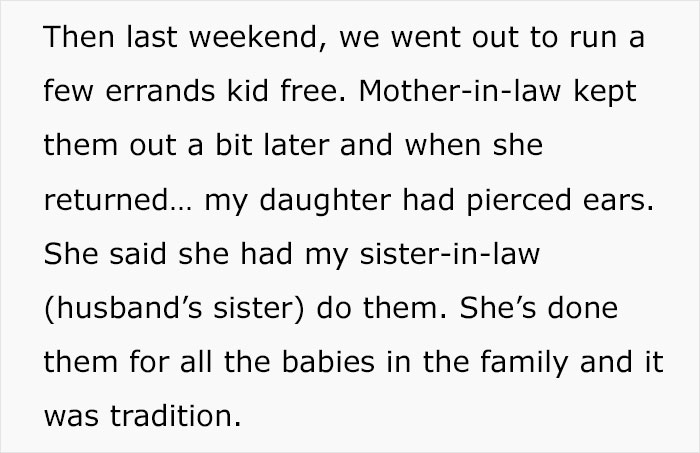 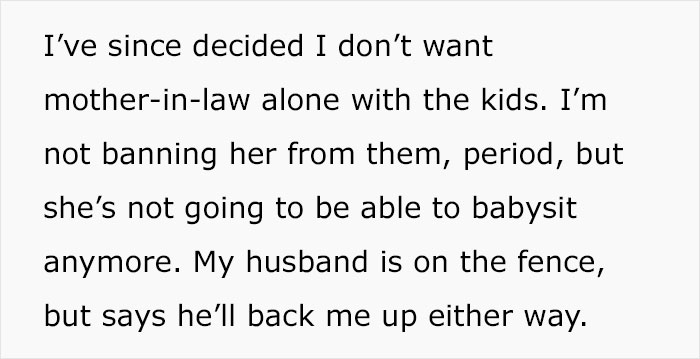 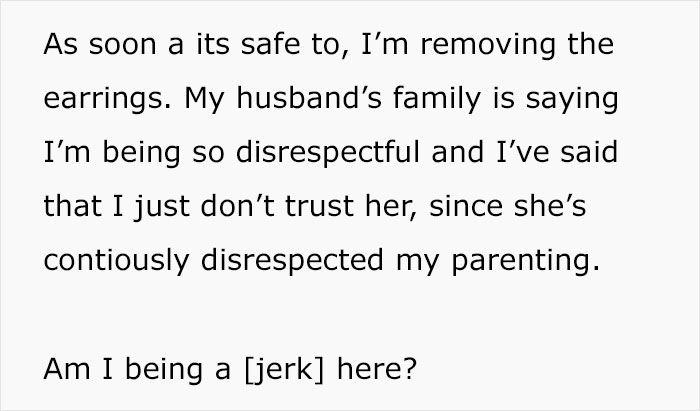 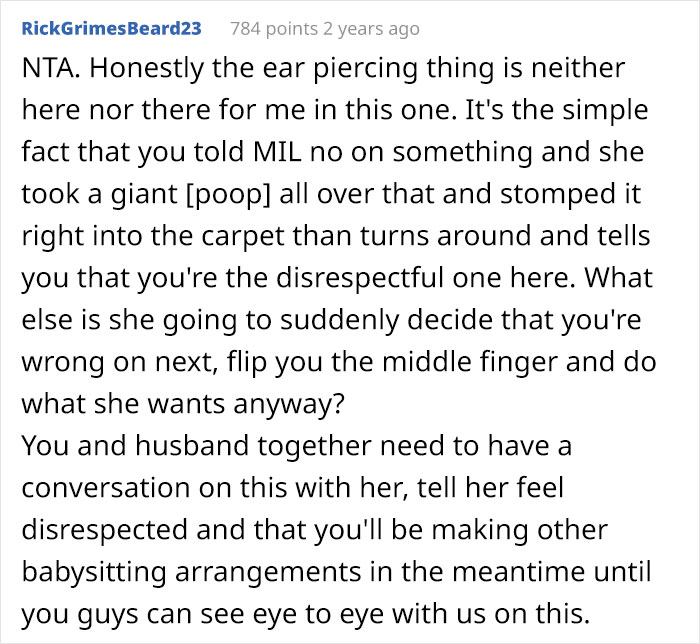