You don’t have to be a model to know that this industry is tough. Many models have spoken up about their experiences and proved time and time again that the bodies they show off in photos or on the runway are not natural. They are often achieved through hard work or even suffering.

This couldn’t be more true to a Belgian influencer who went into a photoshoot and couldn’t believe it when the photographer told her not to eat until the next scheduled photoshoot, which would have taken place two weeks later. The woman wasn’t having any of it and spoke her mind, making her go viral on TikTok. 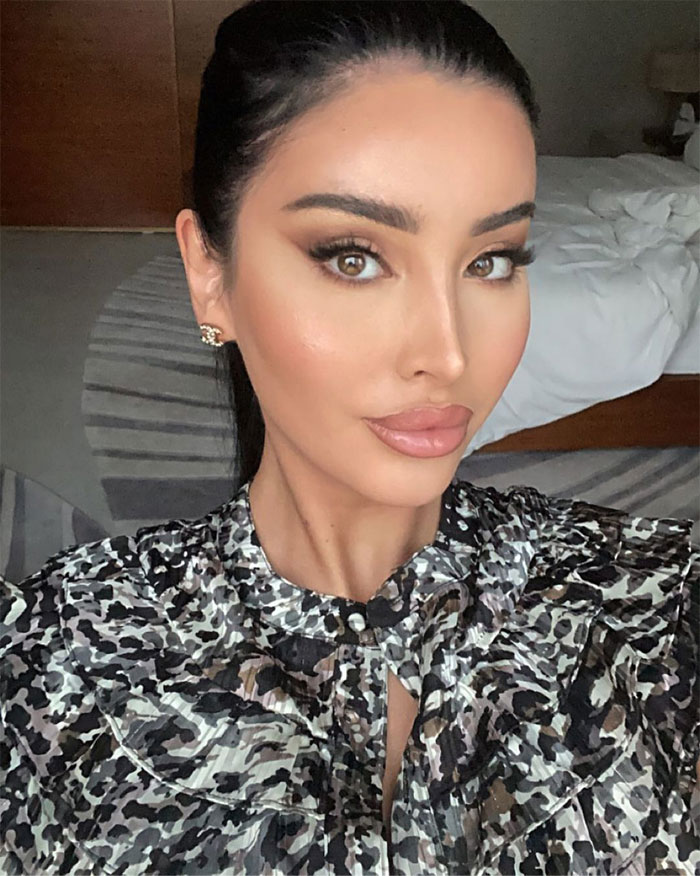 TikToker Thewizardliz is a 22-year-old social media influencer from Belgium, Antwerp, who posted a video that grabbed a lot of people’s attention. It now sits with 18.6 million views and 4.9 million likes, which shows that people are really supporting her stance.

In the video, we can understand that someone is talking to Thewizardliz and she is in shock from what she is hearing. When she comes back to her senses, she gives a powerful speech about how this photographer was out of line suggesting she not eat until the next photoshoot.

The video went viral with 18.6 million views because she stood up for herself in a way not everyone would feel confident enough to 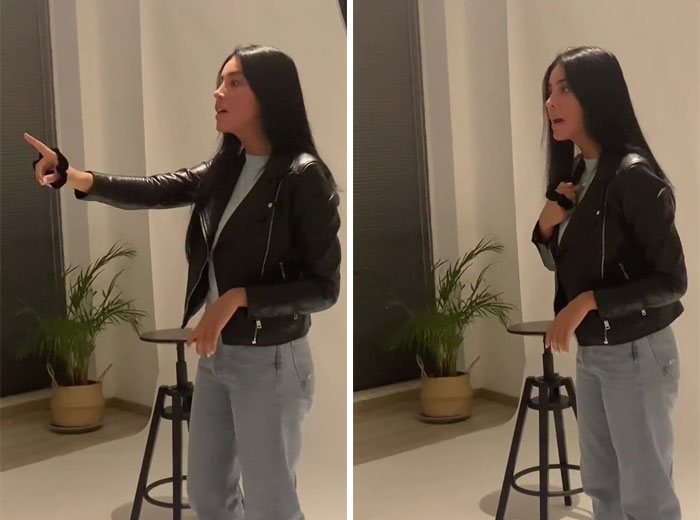 If you are confused about the situation, the TikToker gives more context in an update video after receiving many questions on the viral video. Bored Panda also reached out to the influencer to ask for some details.

So everything started when Thewizardliz got reached out to by a clothing company asking if she would like to do a paid photoshoot for them. The influencer told us, “Since I have a little platform in Belgium they send me a DM trough Instagram asking to work with me, they loved my look and style and said I would be the perfect fit.” The woman agreed and when she arrived, the photographer informed her that she would have another photoshoot two weeks later and in that time she should not eat to look skinnier for the following photoshoot. 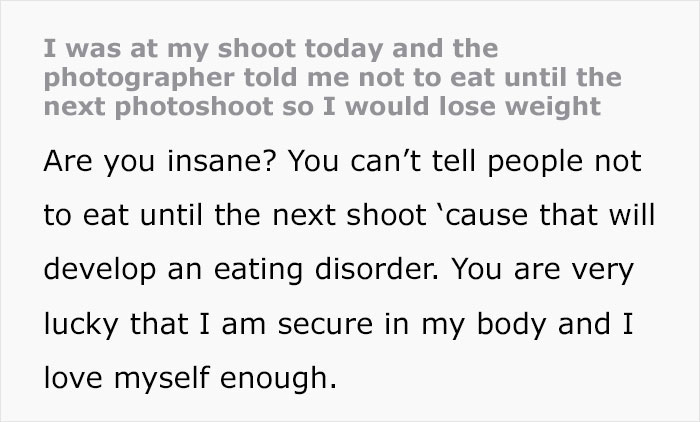 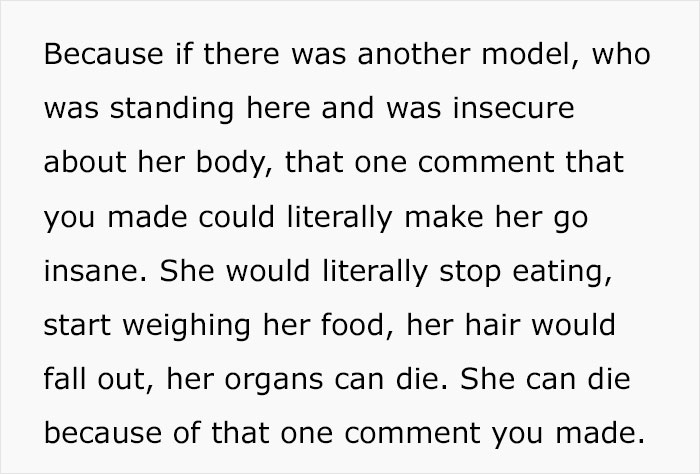 The TikToker reveals that the photographer said this when the photoshoot hadn’t even started yet. The woman was taken aback by the comment and she remembers that she couldn’t say anything for a while. She guesses that it was then when her friend decided to take her phone and wait for some kind of reaction.

Thewizardliz confessed in the update video that she was kind of mad at her friend for filming her as it was a vulnerable moment for her. In an Instagram post, the woman revealed that she actually suffered from an eating disorder, so what she said was coming from the suffering she had to deal with.

The influencer also mentioned that she is not a model and doesn’t aspire to be one and when we asked if she would ever do other photoshoots with different brands and photographers, here is what she had to say, “I do not ever want to model again. I never aspired to be a model exactly for this reason.”

Not only did she explain how impactful words can be to other people, but she refused to continue with the photoshoot and just left 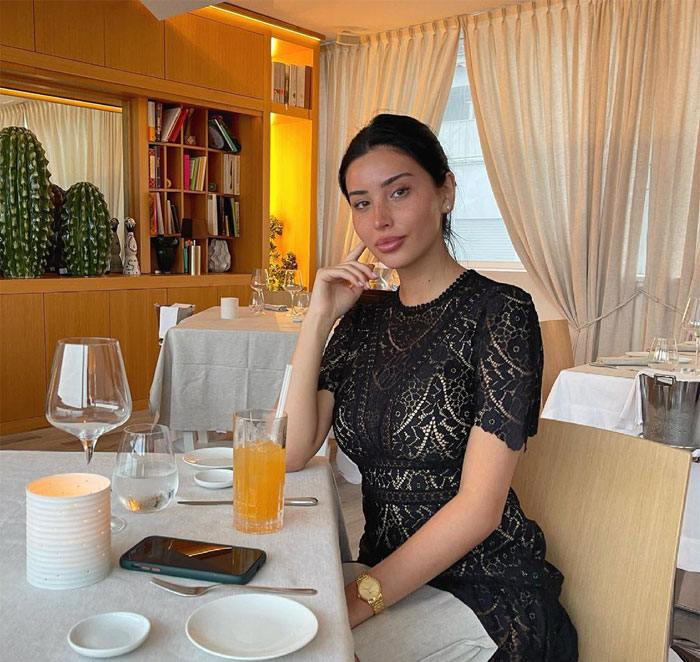 At first, the TikToker didn’t want to post the video as she later thought that maybe she reacted too harshly; however, in the end, she decided to post the video anyway as she believed that it would help someone else. As she said in the viral video, she is confident in herself now, but what if those words were said to a more insecure person?

She wrote this on her Instagram addressing the situation: “I am beyond shocked by all the love and support I received for this video. I really didn’t want to post it cause I felt like I might have reacted too harshly… but I am not doing this for me. I’m doing it for my younger self who developed an ED cause of people like this who constantly told me what and when I should or shouldn’t eat. I am doing this for every girl/boy out there who has suffered or is still suffering from an ED, for everyone who has been put down and didn’t feel comfortable speaking up.” 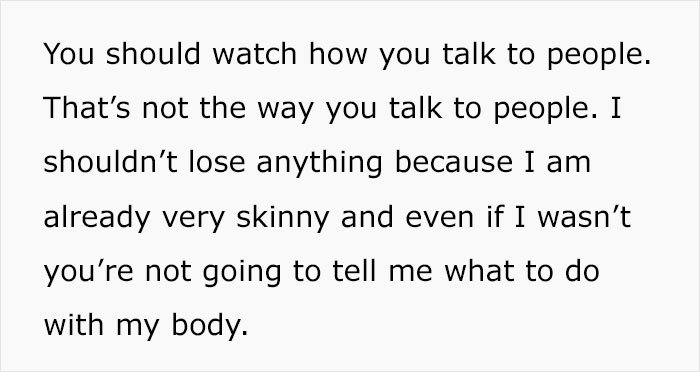 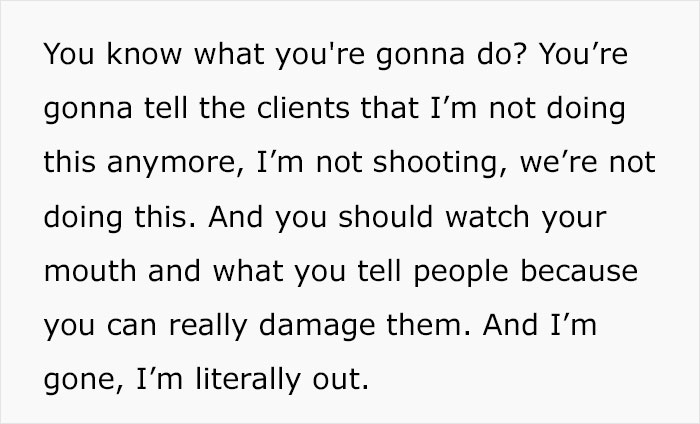 The influencer also added that she didn’t think that the video would go viral. As mentioned, she didn’t even want to post it at first. But then she changed her mind because “so many people go trough things like this not only models. People in general get comments on what or when they should eat. If they should it at all… it happens all the time: a partner, family member, friend… this can spiral into such a dangerous eating disorder or body dysmorphia and it’s just unacceptable. We have to stand our grounds otherwise people will walk all over us. If you find yourself worthy the world will find you worthy. Never settle for anything that does not align with your values.”

The woman herself has had an ED, so the situation was really triggering to her, which may explain the heated reaction 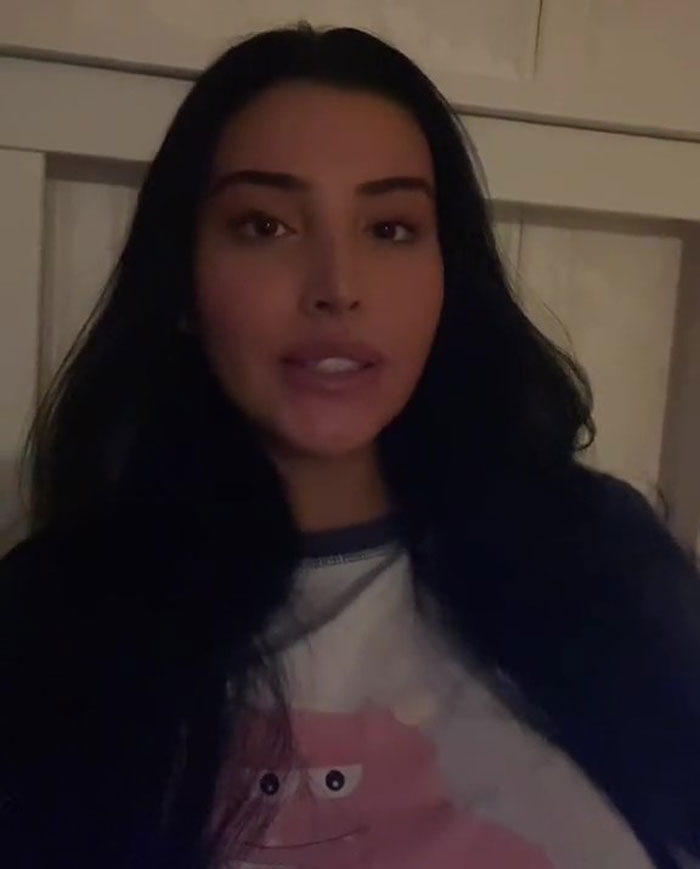 In the update video and in the Instagram post, Thewizardliz also informed her followers that the company immediately called her to apologize for the photographer’s words and that they think she is beautiful and perfect for them. Actually, the company knew the woman’s measurements in advance as they had asked her to send them. They asked if she would still do the photoshoot with another photographer, but the woman refused. The next morning, she got another call from the clothing company and they announced that the photographer was fired.

You can check out the video of Thewizardliz’s speech here

How would you react if someone said to you that you would look better for the next photoshoot if you didn’t eat until then? What do you think about the TikToker’s response to the photographer and do you think he got what he deserved? Leave your thoughts in the comments!

The post Model Confronts Photographer Who Suggested She Not Eat For Two Weeks Until Her Next Photoshoot first appeared on Bored Panda.

“What Is Considered Socially Unacceptable For...