It’s normal to doubt your parenting choices; nobody has all the answers. But a mom who clearly wants only the best for her child recently got so confused about one of her decisions that she asked strangers on the internet to share their opinion on it.

The woman goes online by the name SomeSeriousToast. A week ago, she submitted her story to the ‘Am I the [Jerk]?‘ community, talking about her daughter’s sixth birthday party. More specifically, its guest list.

She invited everyone in her daughter’s class except for a bully who always gives her child a bad time. Even though the woman felt like it was the right call at the time, after having a talk with her daughter’s teacher, serious doubts started creeping into her thoughts, leaving her no choice but to reach out for help.

A concerned mother wanted her daughter to have the best birthday party, so she invited everyone in the girl’s class except for a mean bully 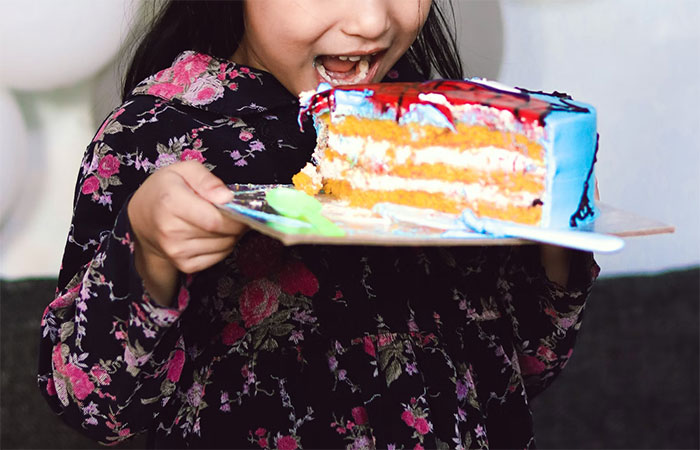 But after a talk with their teacher, the woman started questioning her decision, so she told her story on the internet, asking to help her make sense of the situation 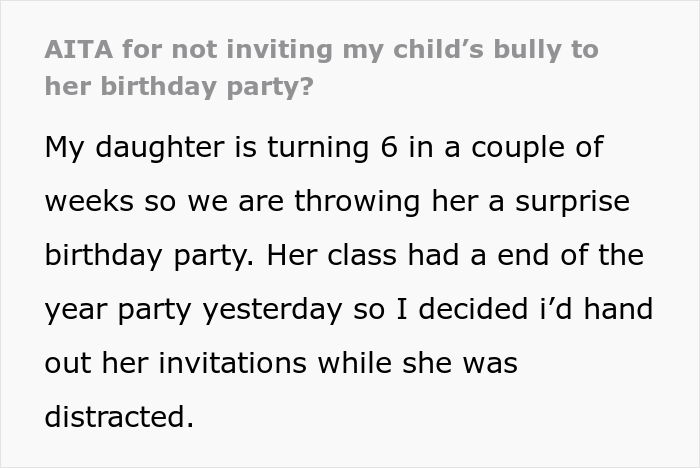 Sadly, the woman’s daughter is part of a bigger problem. According to PACER’s National Bullying Prevention Center, one out of every five (20.2%) students reports being bullied.

A higher percentage of boys than girl students say they’re being physically bullied (6% vs. 4%), but it’s the other way around when it comes to being the subjects of rumors (18% girls vs. 9% boys) and being excluded from activities on purpose (7% girls vs. 4% boys).

And it’s not just a one-time thing. Out of the students who reported being bullied at school, 41% indicated that they think the bullying would happen again.

The National Bullying Prevention Center also highlighted that students who experience bullying are at increased risk for depression, anxiety, sleep difficulties, lower academic achievement, and dropping out of school.

Plus, the victims are twice as likely as their non-bullied peers to experience negative health effects such as headaches and stomachaches as well. 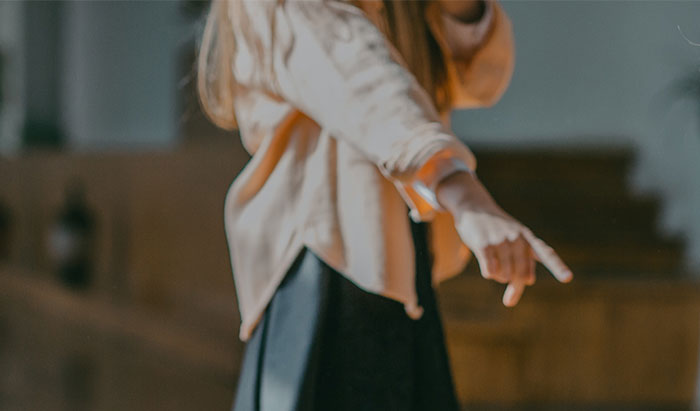 However, as this meta-analysis of cyber and traditional bullying points out, we have to be careful when looking at the data. Even though such studies present useful evidence and help design prevention programs, they often have mixed findings and the numbers can vary big time due to different definitions of bullying; not all researchers endorse the most widely cited characterization of the phenomenon, which is “harmful and repetitive behaviors enacted by a perpetrator who is more powerful than his or her victim.” 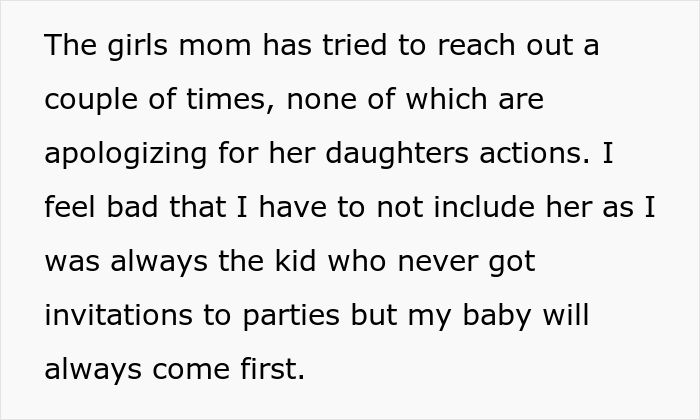 SomeSeriousToast isn’t the first parent who has faced this dilemma. And while every case is different, some people think there are rules that apply to them all.

A few years ago, Mark Brearey, the head of Kingswood Preparatory School in Bath, the UK, made headlines for trying to remind moms and dads about being inclusive.

He wrote a letter to them in which he asked: “Please could you avoid bringing any party invitations into school that do not include all children in a particular class or year group. This goes completely against our policy of inclusion for every single child and is divisive and unkind.”

At the time, parents criticized the decision, with several calling it “ridiculous” on social media. Michela Helen Mills, for example, said: “I think children should be allowed to hand out invites and the headteachers should bear in mind that not all parents can afford to invite the whole class – some classes have 20+ in each class.”

In fact, money was probably the most-mentioned reason why this approach is scrutinized, but several parents supported Brearey.

Nicholas Roper was one of them. The man said: “He’s not forcing parents to host 30+ kids, just don’t hand out the invites at school.”

“Teaching kids is hard enough without extra drama in the classroom.”

After the news broke out, Brearey stood by his decision, saying it was designed to prevent children who are left out from feeling upset. He added that if parents wanted to invite just a few of their child’s friends, they should do it privately.

“If children feel like they have been left out by one of the class, it can have a serious impact and it is something that doesn’t need to happen. Why choose to exclude in a public context when you don’t need to?”

And it’s a sentiment many of the people who read this particular story have expressed in one way or the other. 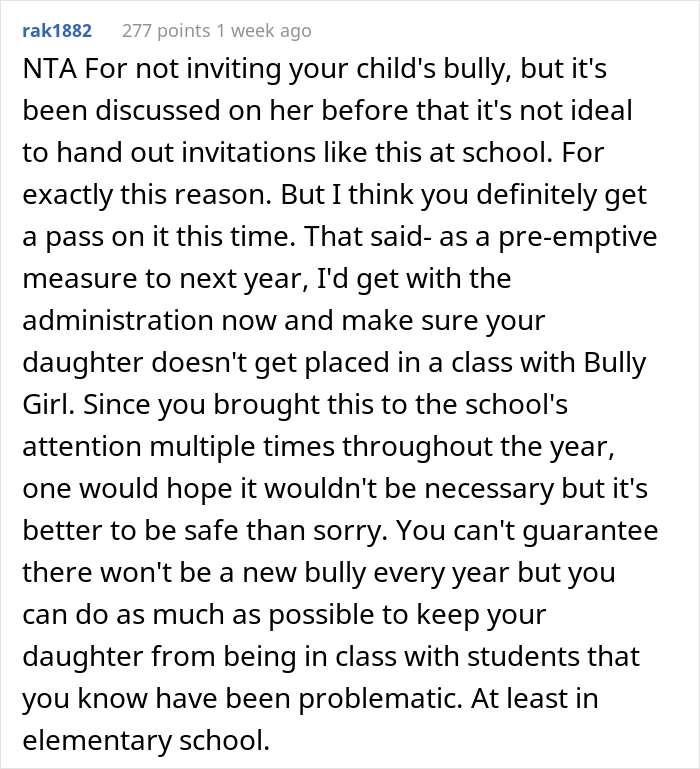 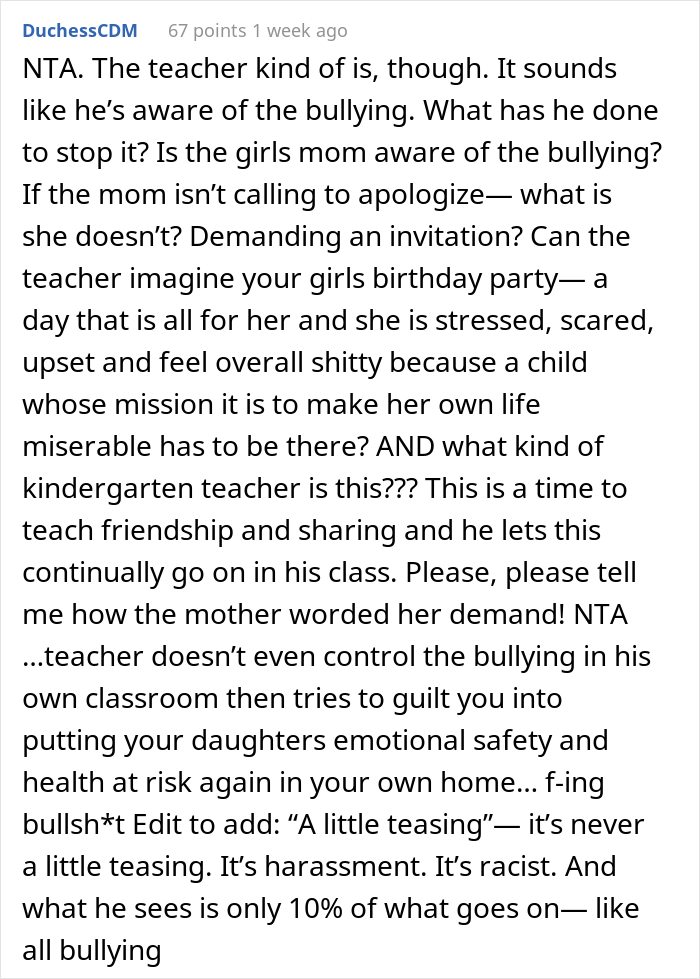 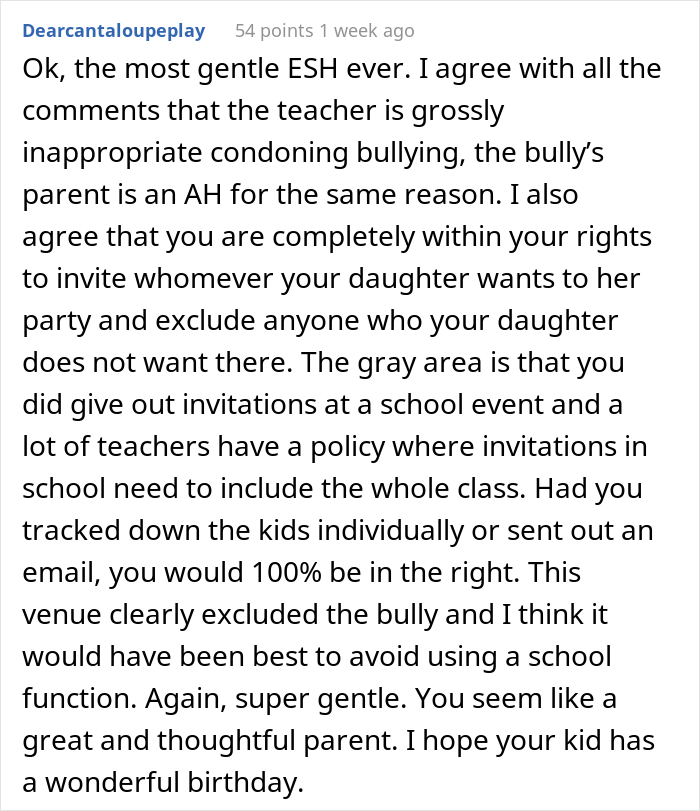 The post Mom Asks If She's Wrong To Exclude Her Daughter's Bully From Her Birthday Party After She Invited The Whole Class first appeared on Bored Panda.