Surely people planning to have children or who are already expecting want to be the best parents they can, so they do their research to make sure they know what they’re doing. Or at least try to find out what’s the best plan of action in certain situations.

However, it is impossible to know it all, especially about the daily things that aren’t written in all of those books about parenting. Although the books don’t mention them, the internet is full of moms and dads sharing their experiences and warning others about what’s coming for them.

One of those parents is Emily Haswell, who made a video on the things she didn’t think about before having a baby and they are quite unique, but having in mind that the video went viral, it’s safe to assume that others can relate. 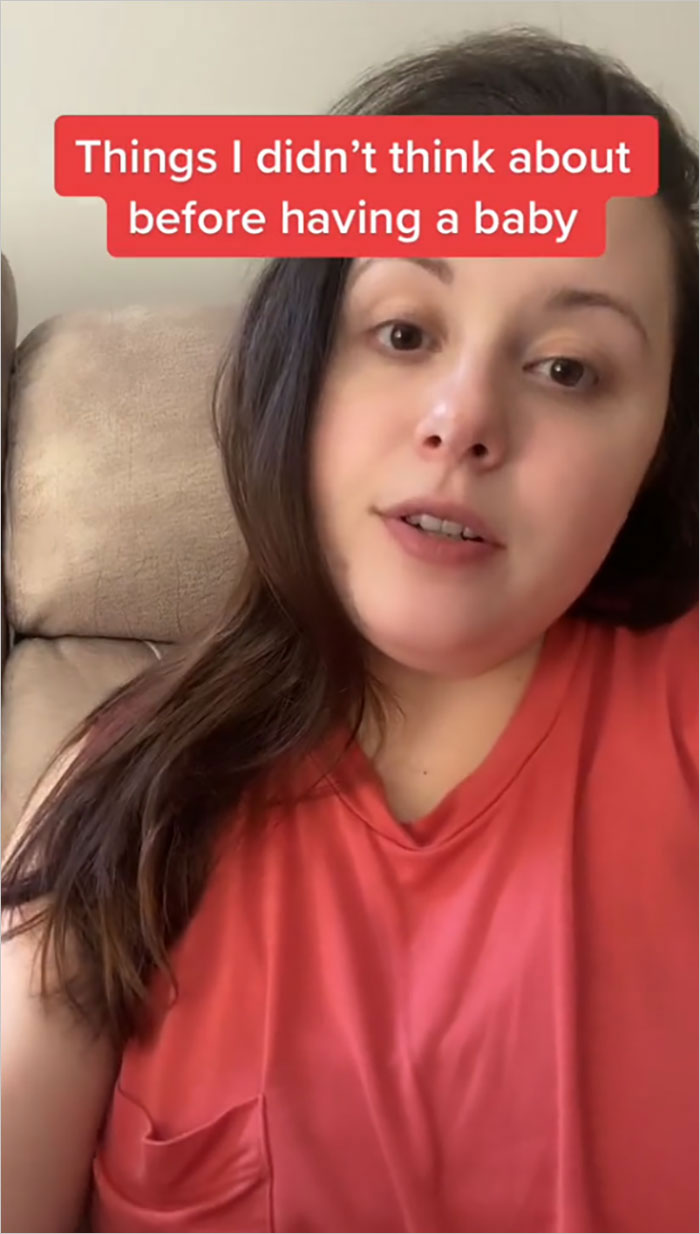 Emily Haswell is a 32-year-old content creator living in Richmond, Virginia who became a mom for the first time recently. She has over 100k followers on TikTok and a growing audience on Twitter. On both of the platforms she shares her experiences of being a mom and often takes a humorous spin in her videos and tweets. The tweets include such as this one, in which she tells how you can never say a day was good until it ended, or commenting on her new body in this one and sharing some accidents that are inevitable for parents.

Quite a few Emily’s videos went viral and we could contribute their success to the mom’s sense of humor. One of the most recent videos that amassed 605k people was about the things Emily didn’t think about before having a baby.

First of all, she wasn’t prepared for her mother calling the father of her child ‘daddy’ 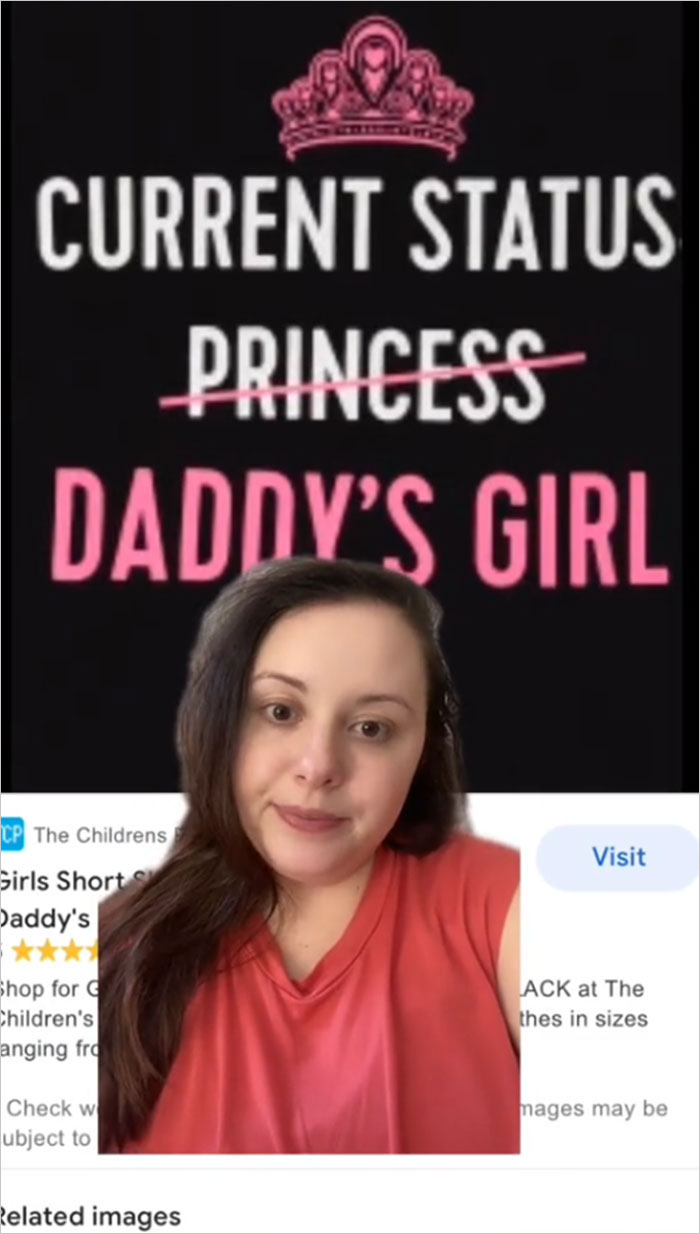 She starts with a strong one, which is hearing her mom calling the father of her child ‘daddy.’ She doesn’t stay here for long and moves towards the next point of bathroom emergencies. Turns out, you can’t just leave your baby alone, even just for the time it takes to go to the toilet, so you take it with you and suffer its empty look while you’re sitting there.

Another shocking thing Emily found was that you don’t get a break from taking care of your baby when your period comes. For some women, period pains and other symptoms can get so bad that they need to be taken care of themselves, however, moms just have to fight through it because babies are helpless without them and can’t hit pause on their needs.

Emily warns parents that their relatives will want to come over more often to look at the baby, so they should get used to that. If you thought having family over while trying to keep your life together raising a baby is bad, it can get worse. Parents have to clip their babies’ fingernails and try not to cut their tiny fingers off, so it is a scary task that seems more fit for a surgeon.

Lastly, nobody prepared Emily for the noises babies make that sound like they are on their way from this world, so a parent is constantly worrying if the baby is okay. 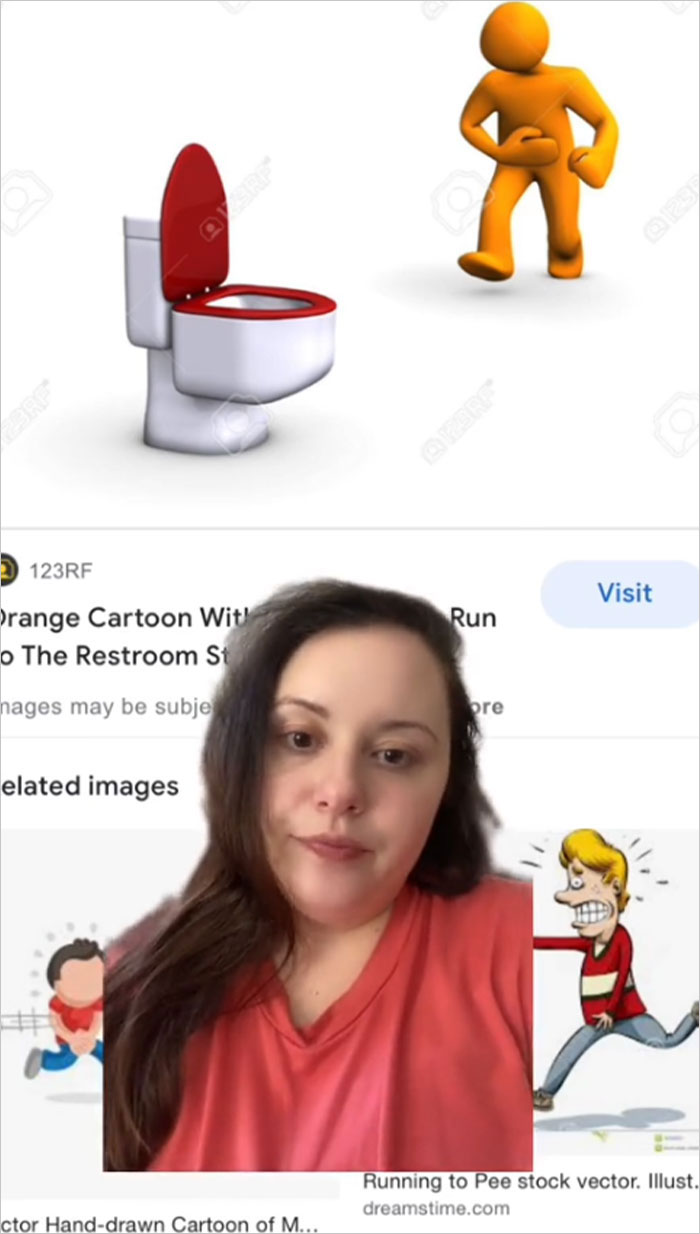 This video is very different from other kinds of posts from parents who share perfect family photos and cute outfits they put together for their babies. Emily told BuzzFeed that she would like more parents to share the less aesthetic daily life of a parent and to show that a parent can be both annoyed about the changes in their lifestyle, and also grateful for having a new family member.

Not that much people talk about this side of parenting and when Bored Panda contacted Emily, she had a very simple explanation, “I think that parents do say this stuff in private all the time. Or, at the very least, they think these things. But instead of recording a little video about it, they go and clean their kitchen or do something productive.” She added, “My kitchen is a mess.”

While periods can be excuses for not doing some tasks, it is not valid while taking care of a baby 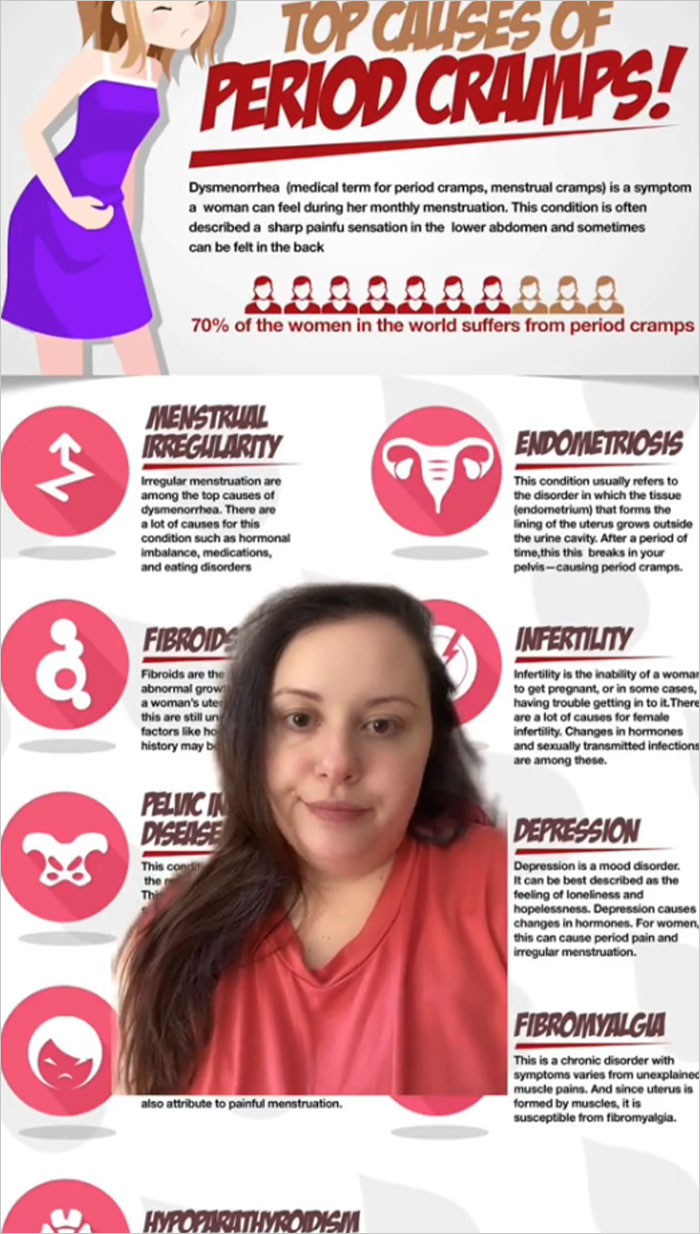 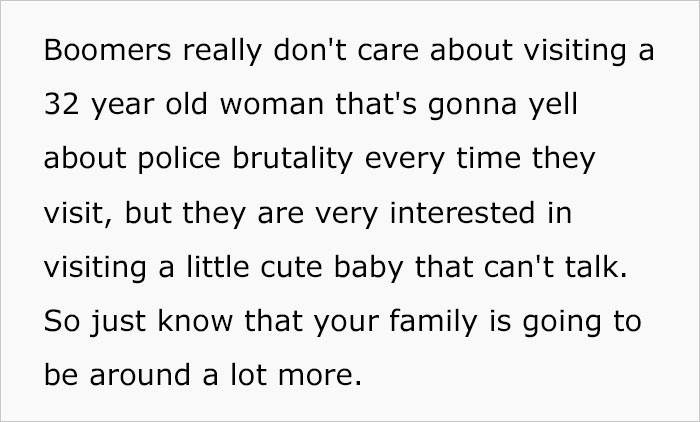 With the surge of social media, moms and parents in general can finally show others what it really takes to be a parent, how big of a life change it is and for those who actually give birth, how big of a physical transformation they go through. This information may have a different effect on people: some may appreciate moms and dads more, others may rethink having kids.

The TikToker told us, “I think it’s great that people can be honest about what motherhood really looks like. If my video makes you question if you want to be a mom, that’s totally normal. It’s a huge decision, and it shouldn’t be an obligatory part of life.” And while the mom shares many of the challenges she has to overcome every day, for her it is totally worth it, “For all my funny complaints, I have loved motherhood so far.”

Emily has been a mom for  months so everything is new to her and she is definitely in the learning phase, however, she wanted to share something, “I was so anxious throughout my entire pregnancy. Now my baby is here, and all the cliche things people say are true. I love my daughter so much, she recently started smiling, and it feels literal magic every time she does it; it’s unreal. I love her in a way that is borderline embarrassing.” 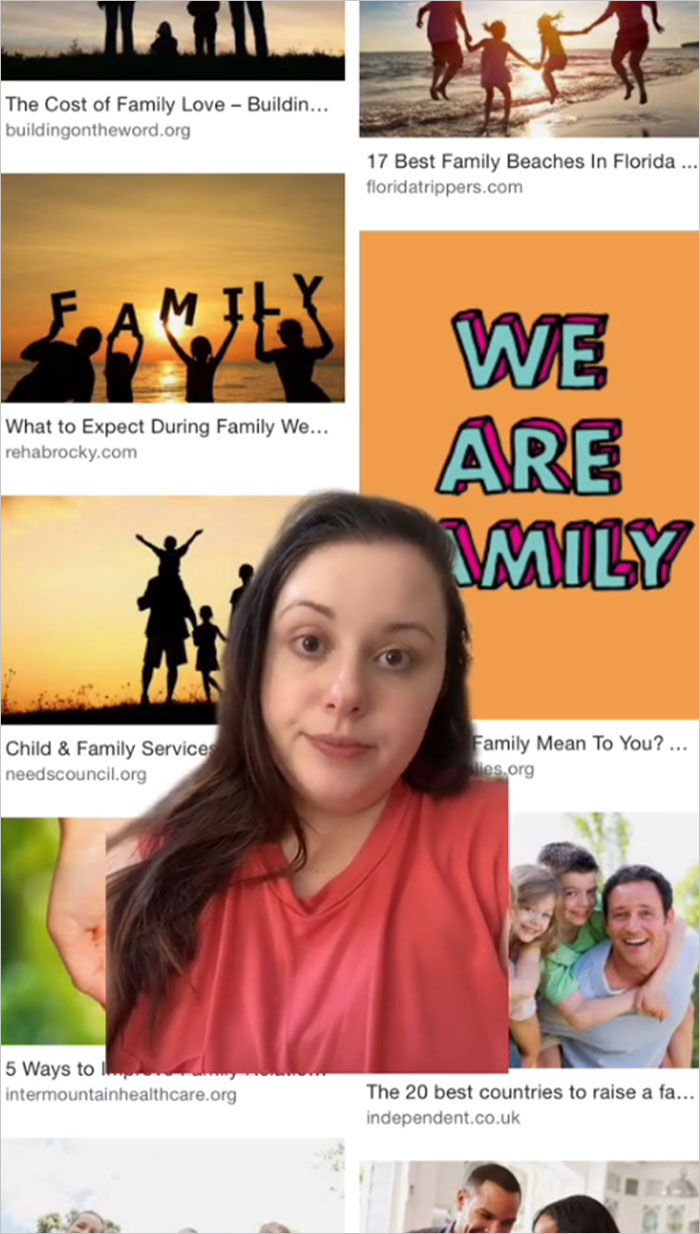 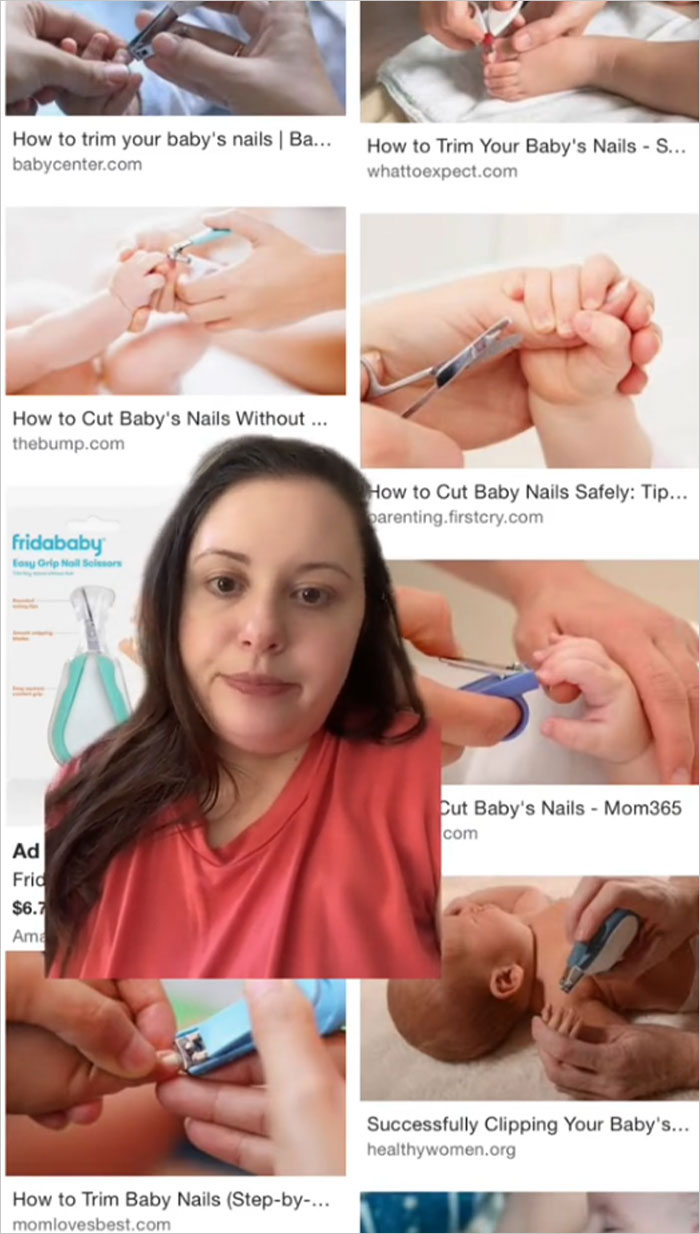 Even though raising a baby and observing their achievement is ecstatic, it can get lonely, so having a platform where she can share her experience and for other people to relate really helps. It probably not only helps Emily, but other moms too who are in the same boat and would like to have a community to go to, even if it’s online.

Moms like Emily are really needed on the internet to show what the real life of a parent is actually like, because while we talk about body image issues the perfect photos online cause when women start comparing themselves to the very refined and curated pictures, the same goes for moms who follow other parents and see how successful they are in what they do.

A survey carried out by Refinery29 asked 500 women in Canada some questions about parenthood and it revealed that 82 percent of moms compare themselves to other moms online. And even though most moms believed that social media doesn’t accurately reflect the reality of motherhood, 69 percent of them admitted that they have insecurities that stem from the online representation of motherhood.

Finally, the baby always keeps the parent on their toes as they are always making sounds that are up to the adult’s interpretation 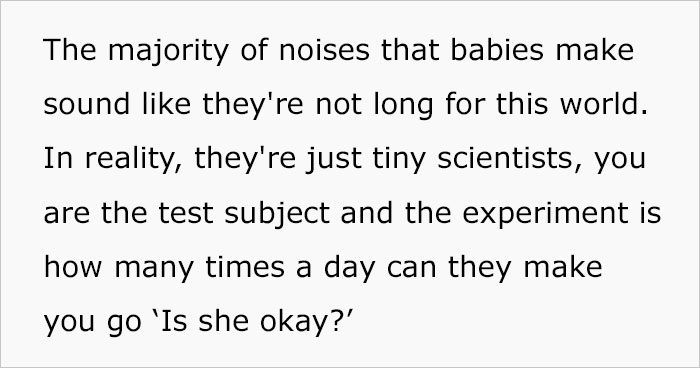 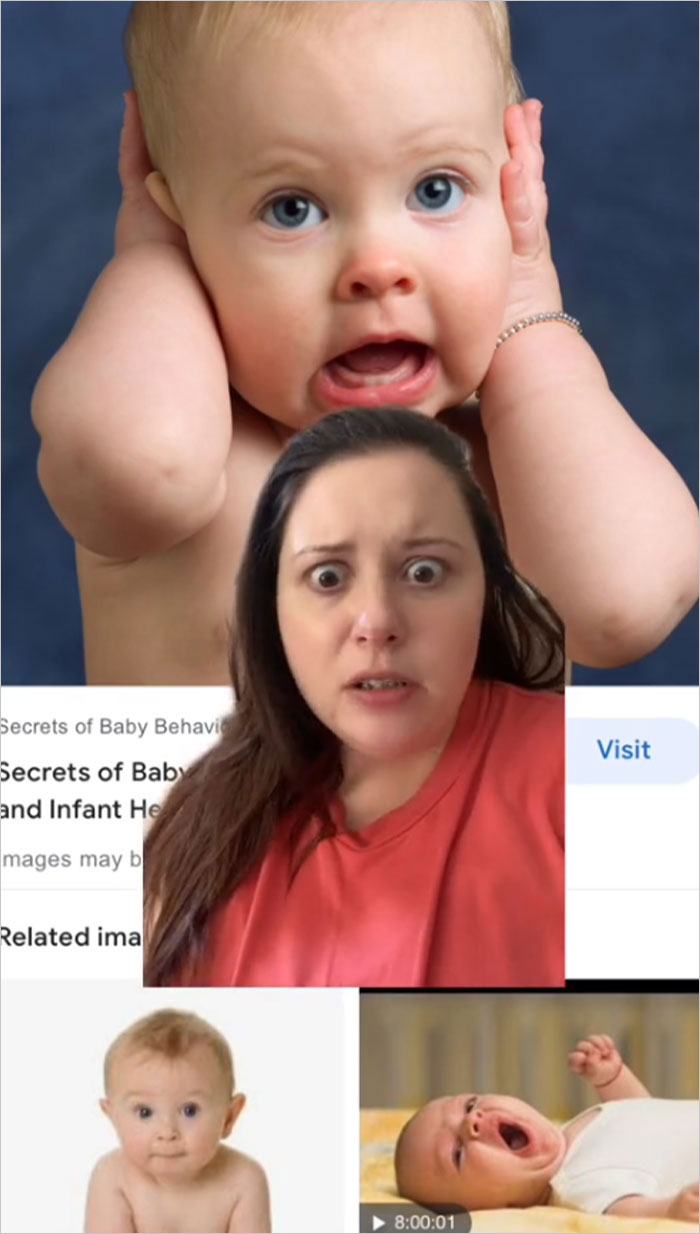 You can watch the video below

More parents are getting rid of the fear of being judged and sharing what they found surprising or hard about parenthood, and are not only helping current parents to feel better about themselves, but also giving a heads up for those planning.

Emily looks at everything with a little bit of humor, but her points are clear. Which ones did you find the most surprising and to which of them can you relate? Let us know what you thought about the video and the topic in general in the comments!

Even though these things are not talked about that often, they are very real and common when you look at the comments where moms are very much relating

The post Mom Doesn’t Hold Back And Shares Her 6 Hilarious And Awkward Realizations After Having A Baby first appeared on Bored Panda.

doesn shares hilarious awkward realizations after having
Read The Rest at
boredpanda.com