“My Teen Gave 2 Weeks’ Notice To Go Start University, Got Fired On The Spot” Older people love to talk about how good it was when they were very young – the music was better, the movies were more interesting, the quarterbacks were more accurate, and people who just filed a two-week notice for starting college were not fired literally on the spot.

We don’t know how right they are about everything else, but recently the loyalty of companies towards employees has really decreased a little, and the case that we want to tell you about today is no longer such a rarity.

The original post, published recently in the Reddit Antiwork community, has already amassed 47.7K upvotes and more than 3.1K different comments, the vast majority of which cheer on the daughter of the Original Poster, whose work, in fact, will be discussed in this story.

The Original Poster’s 18 Y.O. daughter had a summer part-time job at a juice store 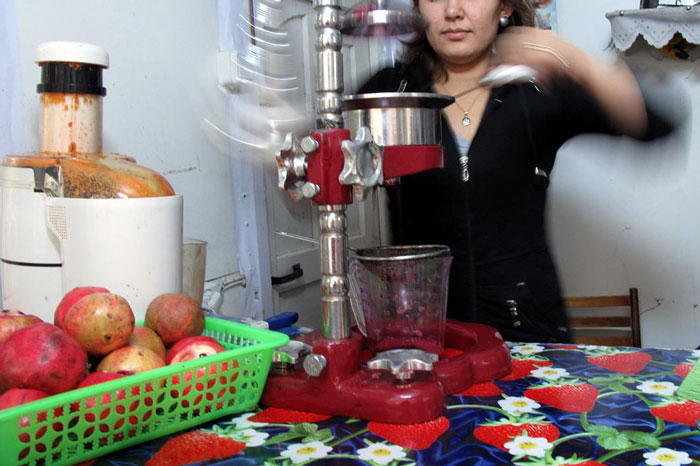 So, the Original Poster’s 18-year-old daughter found herself a side job for the summer in one of the shops of a popular Canadian juice and cocktail network. The girl liked her work and, in her own words, she became friends with all the staff. Or at least she thought she had made friends… 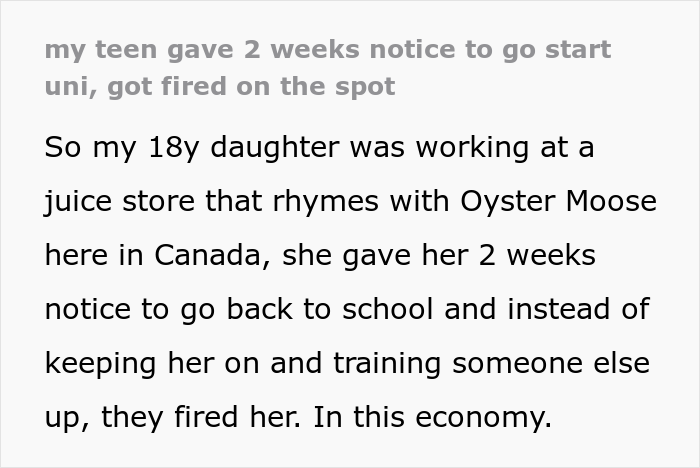 When the girl gave her 2-week notice to start college, the manager just fired her on the spot

Summer was coming to an end, and the OP’s daughter was going to college, so she handed in her two-week notice to her boss as expected. Imagine the girl’s surprise and disappointment when the higher-ups, instead of keeping her and training somebody else, simply fired her on the spot. Allegedly for reasons of economy, as the girl’s mother assumes.

Interestingly, it was the OP who was most upset, because, according to her own words, in the years of her youth, on the contrary, young people were congratulated on entering college, and not fired. For example, as she herself recalls, upon learning that she was leaving for university, the manager of the gas station where she worked part-time in summer was heartily happy for her and asked if she could return to work during her breaks. 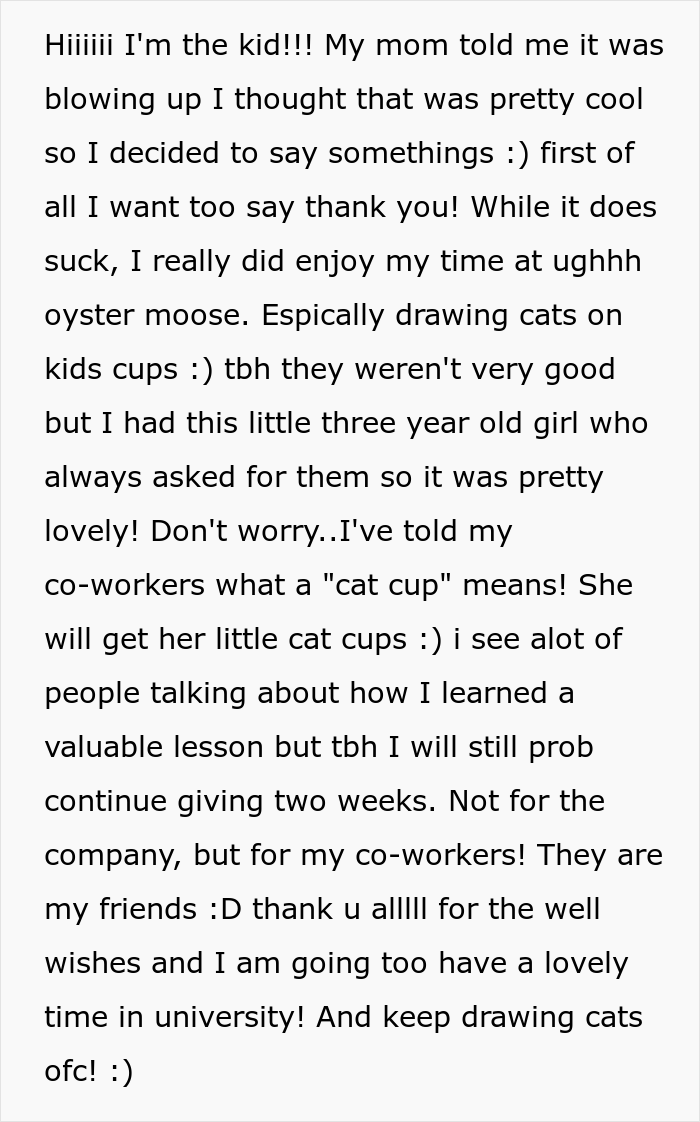 The OP argues that recently the managers of many companies have begun to behave in an extremely inappropriate way and, trying to save money on part-time youth, in fact, only make it worse, because in this way they discourage students from giving any courtesy notice at all. However, as the OP’s daughter herself says, she does not hold a grudge against the company and would gladly return there again if she was called. 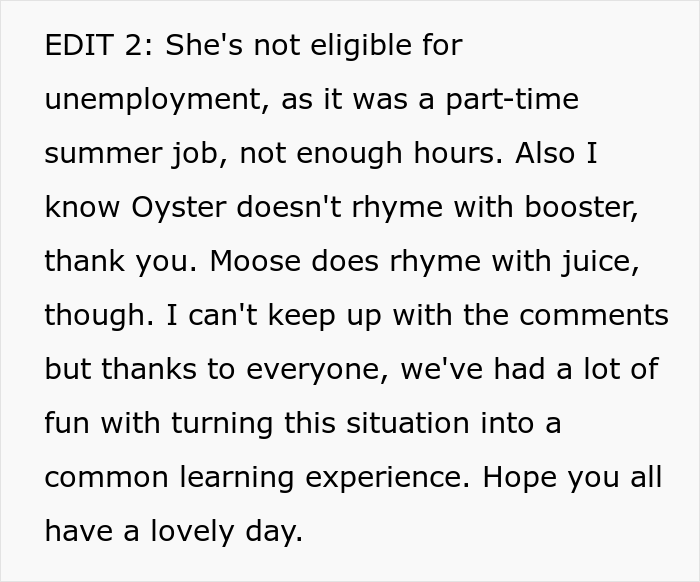 However, the question is probably not only in the search for momentary benefits from the company’s managers, but in macroeconomic indicators as well. After all, according to statistics, over the summer of 2022, the rise in unemployment in the US and Canada accelerated. For example, the US Bureau of Labor Statistics notes that in August 2022 alone, the unemployment rate rose to 3.7 percent, returning to the level of 2020, when the whole world was suffering from the COVID-19 pandemic. 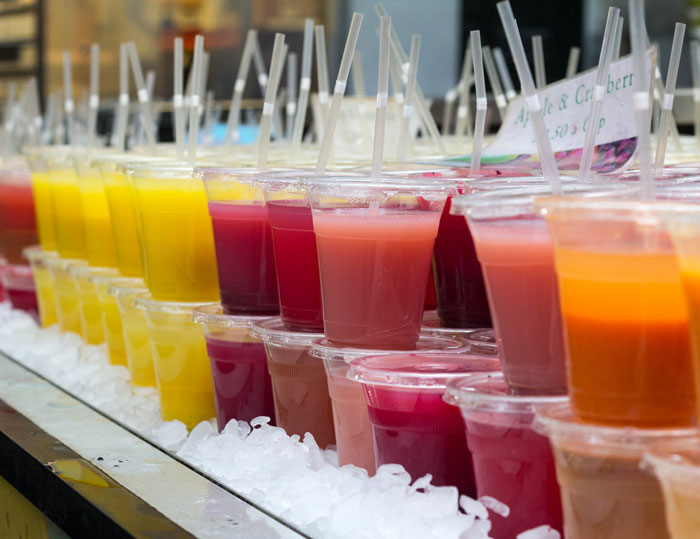 Most people in the comments claim that by doing so, managers just shoot themselves in the foot

In any case, the difficult economic situation is definitely no reason for local company managers to refuse to behave appropriately with their employees. This is also noted by commenters to the original post, arguing that the higher-ups are really shooting themselves in the foot. Moreover, students often return to their work during breaks, and not all of those fired people are as cheerful and ready to forgive an insult as the OP’s daughter. 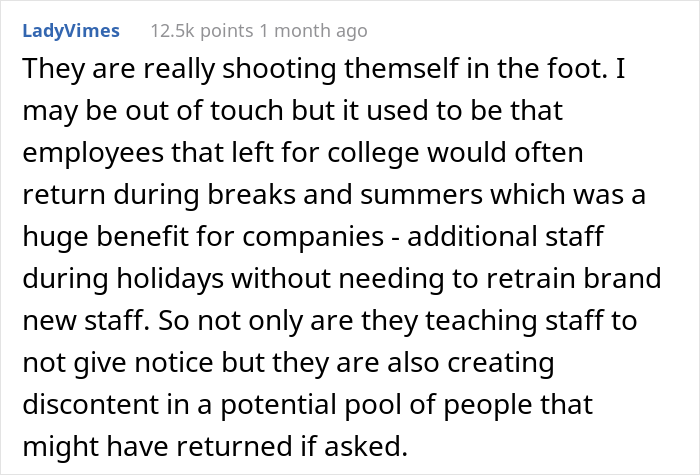 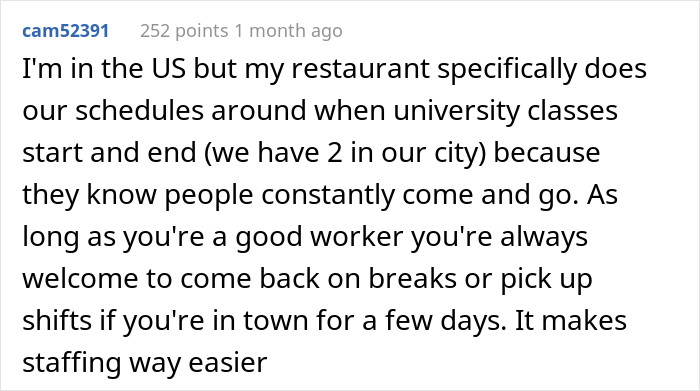 One of the people in the comments also remembered how their daughter handed in her notice a decade ago, returning to school. And the owner, instead of being offended, just gave her a cash bonus and wished her good luck, even making the girl cry. Yes, perhaps older people are not so wrong in talking about how good it used to be… 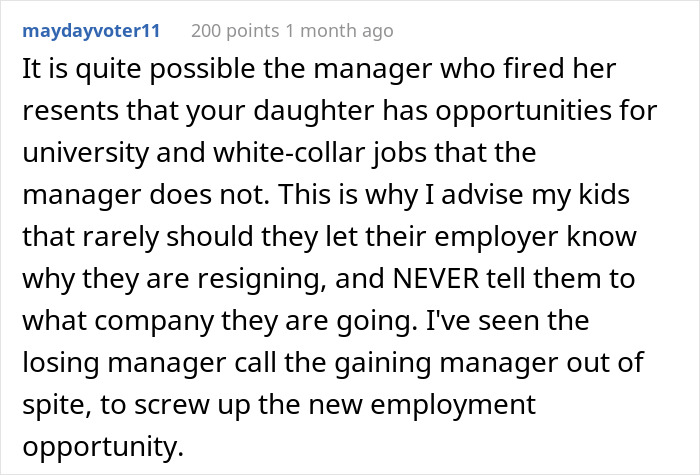 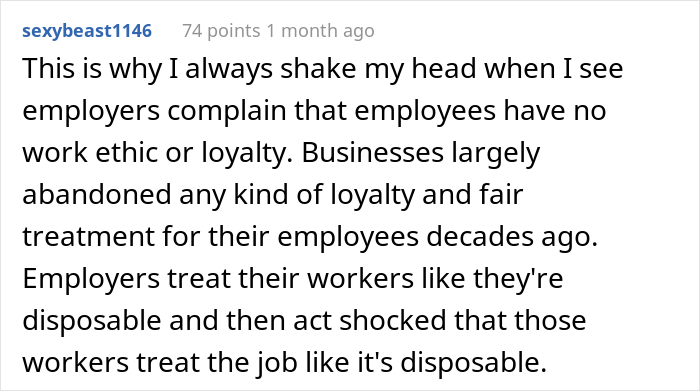 If you have a similar story, we look forward to sharing it in the comments. In any case, please tell us what you think about this particular situation, and whether it really was better in those good old days. By the way, people with large life experience from this post of ours may well agree with this.

The post "My Teen Gave 2 Weeks’ Notice To Go Start University, Got Fired On The Spot" first appeared on Bored Panda.

“AITA For Telling My Fiancé He Embarrassed Me...