NBA Coaches Who Won Championships As Players: Bill Russell And Phil Jackson Are The Ultimate Winners 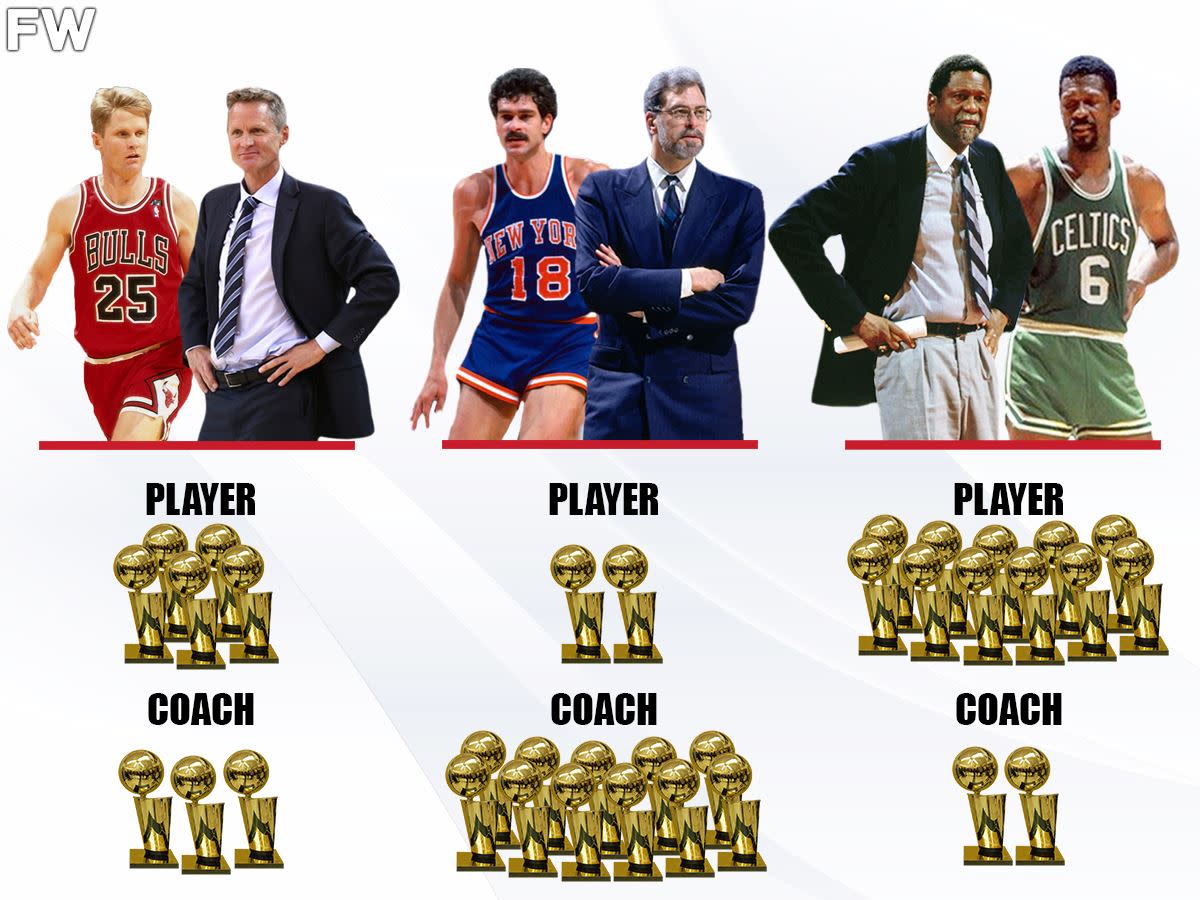 Former NBA players are starting to take up coaching jobs, and some have won the ultimate trophy both as players and coaches. Winning the NBA championship as a player is undoubtedly the highest honor as a player but winning as a head coach years after is doubly rewarding.

Jason Kidd just started his head coach duty at the Dallas Mavericks and will be hoping to lead them to a deep run in the NBA playoffs. If he successfully wins a championship with the Mavericks this season against all odds, he will join the exclusive list of coaches that have won championships as players. Excitingly, he has an opportunity to win championships as both coach and player with the same franchise.


On that note, here are the NBA coaches who have won NBA championships as players. 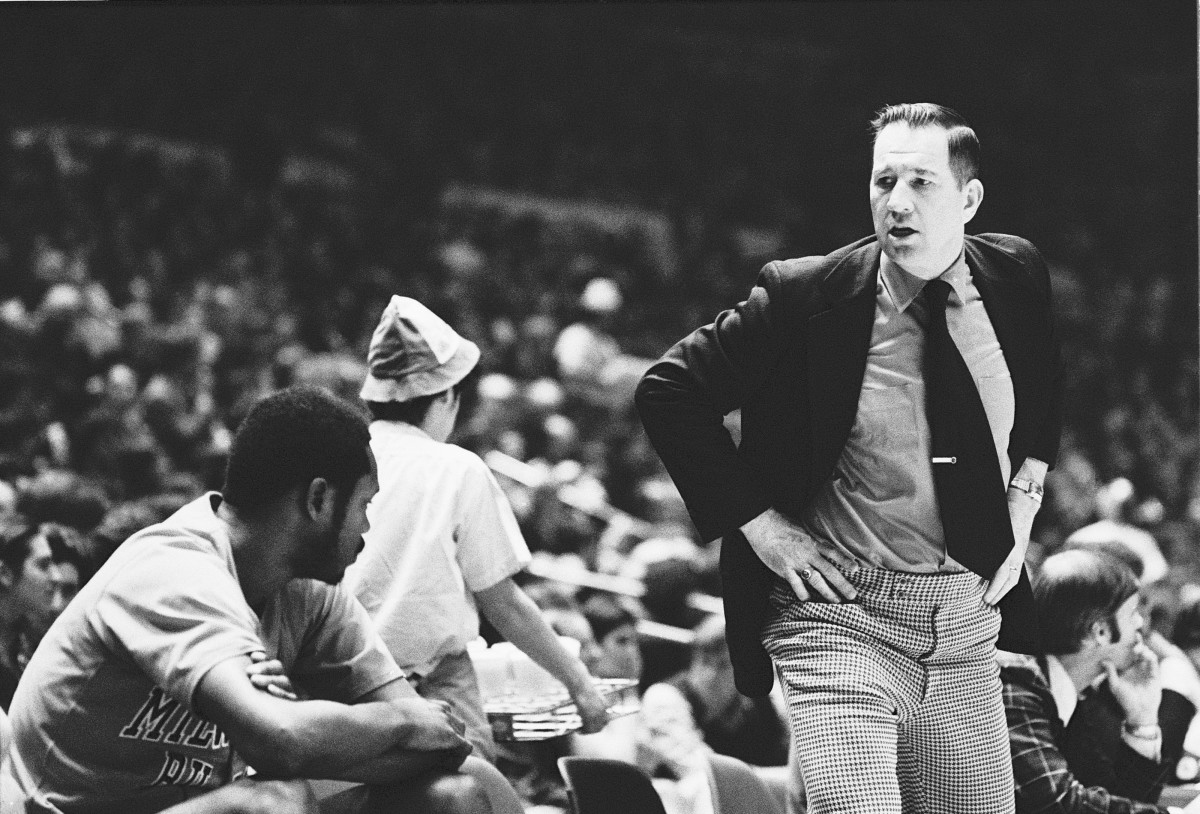 
Larry Costello was part of the Philadelphia since when they were called the Philadelphia Warriors. He was selected with the 12th pick in Round 2 of the 1954 NBA draft. He won his first championship as a player with the 76ers after returning to the NBA in 1967.


Four years later, he won his first championship as a coach in his third year with the Milwaukee Bucks. That was the Bucks' first and only championship until Giannis led them to another Finals victory in the 2021 playoffs. 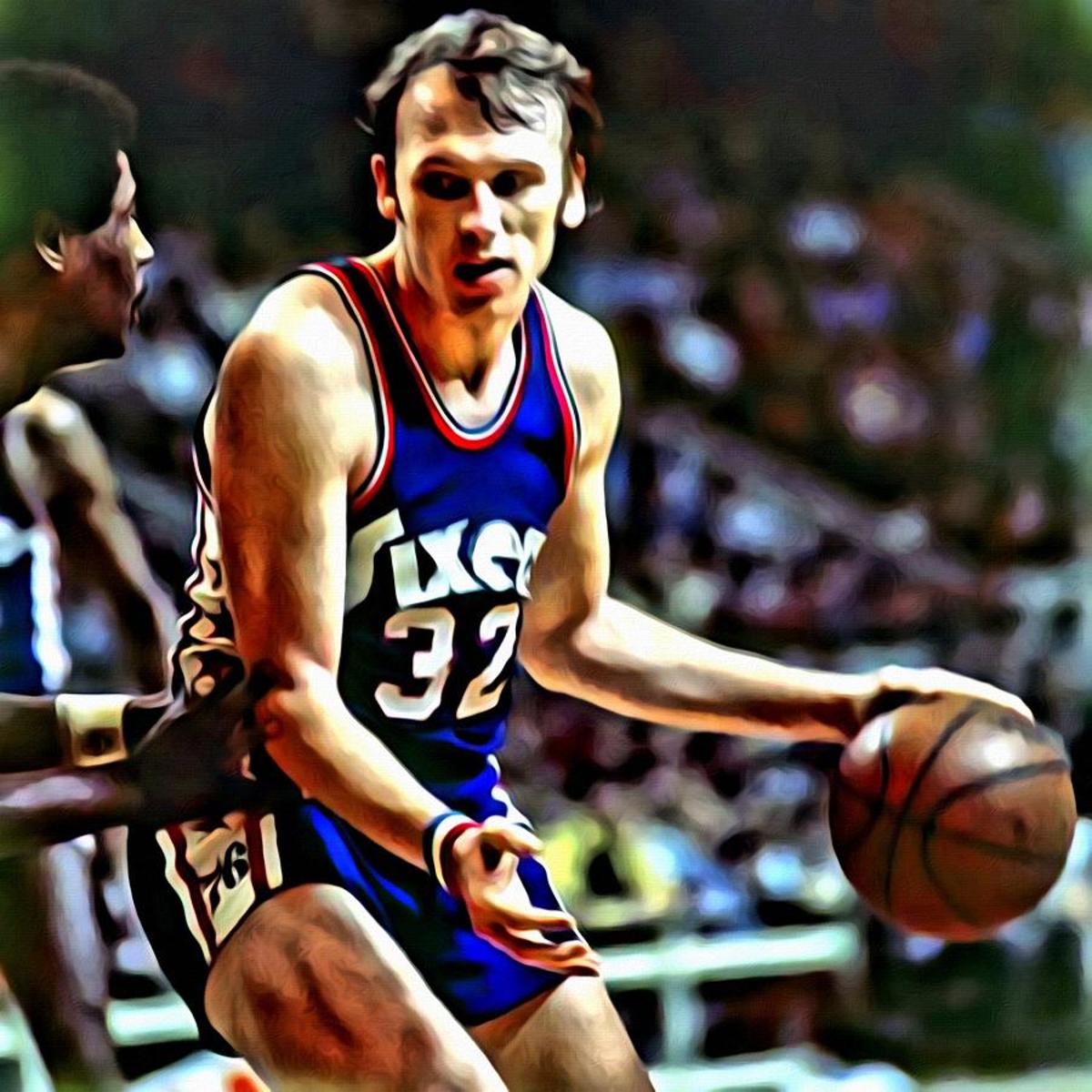 
Billy Cunningham spent nine of his 11 years in the NBA with the Philadelphia 76ers. In his sophomore season, he was a significant contributor to the Sixers championship run, earning his first and only ring as a player.


Upon retirement as a player, Cunningham signed on to coach the Sixers the following season and held the position for eight years. In 1983, he coached them to another championship, with Moses Malone being the difference in that series sweep of the Lakers. 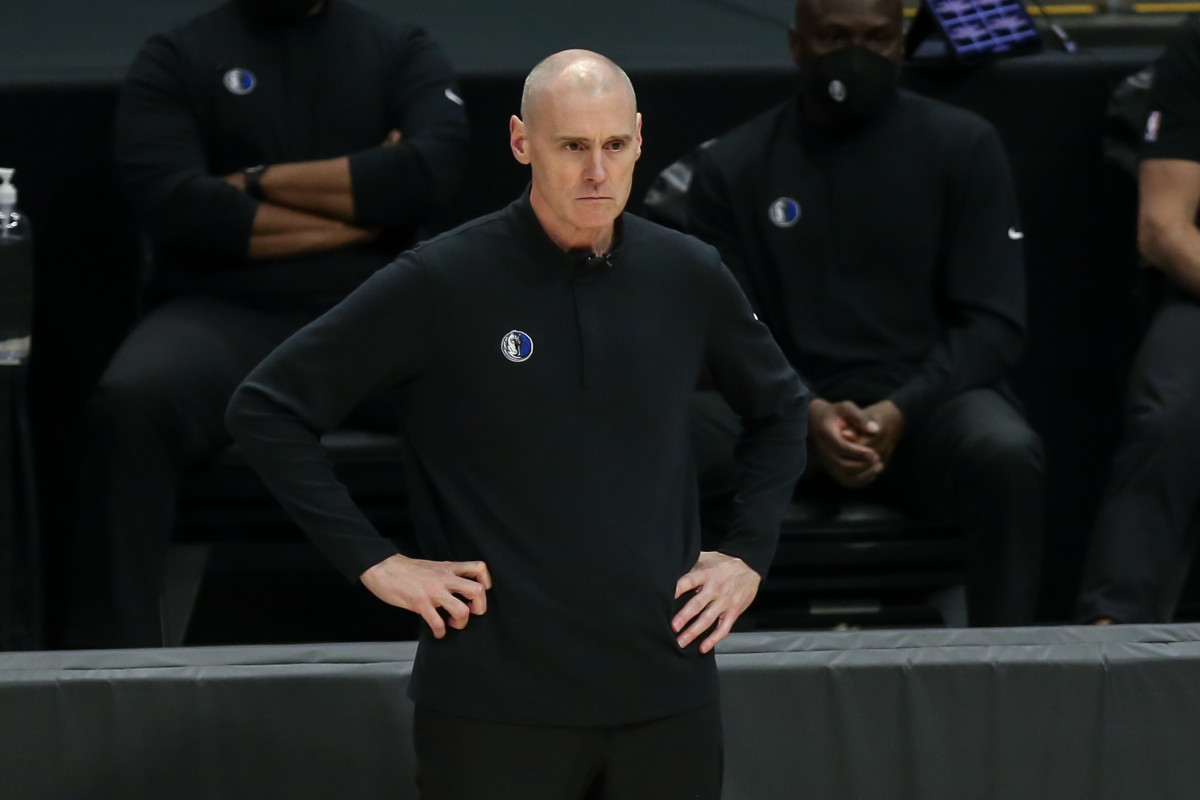 
The 1986 NBA Finals was the second championship matchup in the 1980s that did not feature the Lakers. Rick Carlisle had a rather short career (five years) but was part of the Celtics team that hoisted the Larry O'Brien trophy in '86. The team reached three NBA finals under K.C. Jones but lost the other two in 1985 and 1987.


As a coach, Carlisle pulled off an incredible upset, leading the Dallas Mavericks to victory over the newly-formed Miami Heat superteam composed of LeBron James, Dwyane Wade, and Chris Bosh. After several failed attempts to lead the Mavericks to a deep championship run, he stepped down in June 2021 and has taken over head coach duties with the Indiana Pacers. 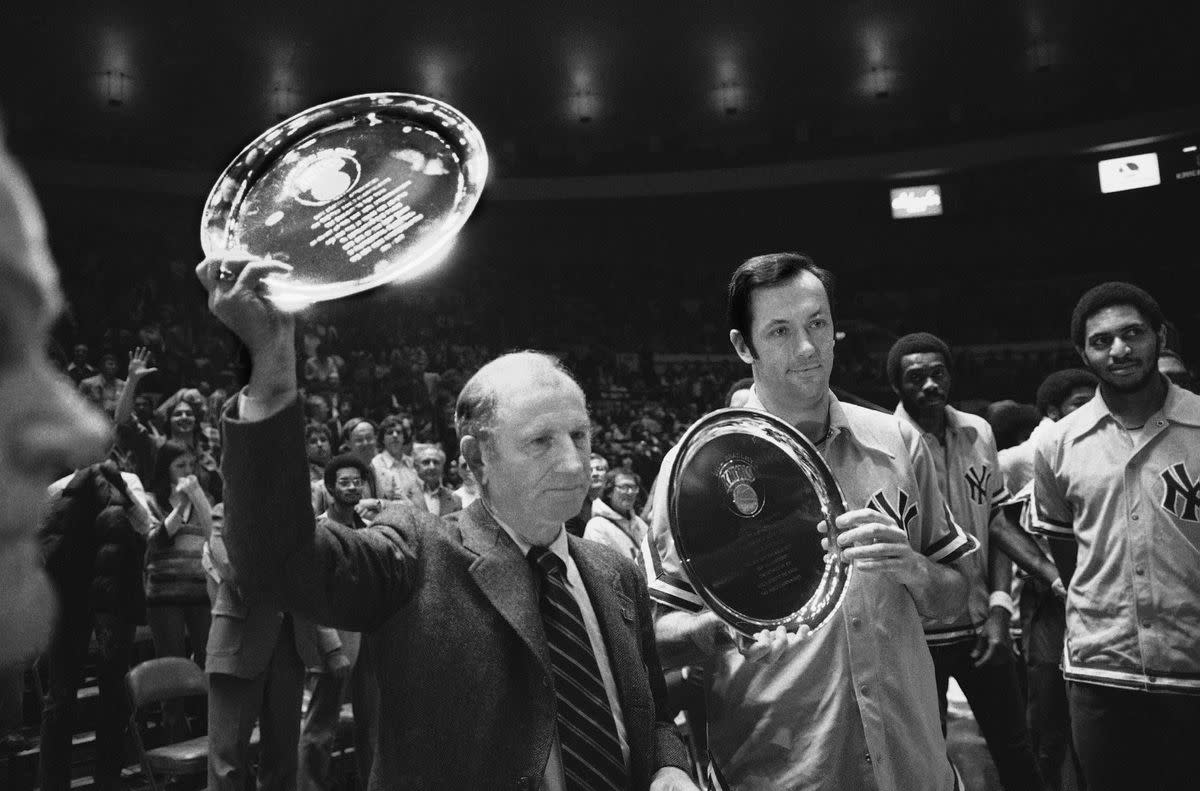 
Red Holzman started his NBA career with the Rochester Royals in 1945, where he won a championship six years later with the franchise. He played a key role in their 4-point Game 7 victory over the New York Knicks. 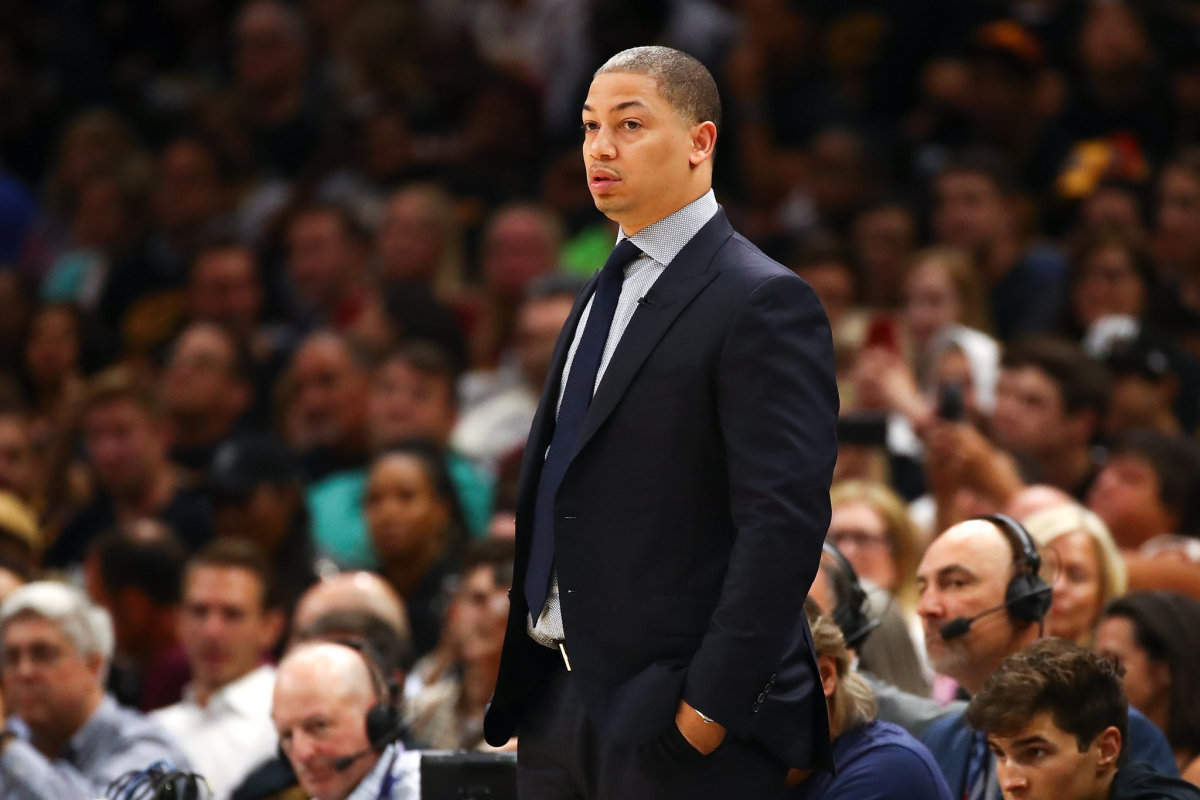 
Tyronn Lue is the latest former player to win a championship as a head coach. He won two championships as a player during his run with the Lakers. Although his early years were riddled with injuries and poor performances, he was class in the 2021 NBA Finals and did a decent job defending Allen Iverson.


Lue was responsible for defeating the Warriors once in their dominant spell. In the 2016 NBA Finals, the Cavs completed a 3-1 comeback to win the series, giving the franchise its first and only championship to date. He came close to a finals appearance in the 2020-21 season after leading the Los Angeles Clippers to their first-ever conference finals, but they were defeated in six games at the hand of the Phoenix Suns. 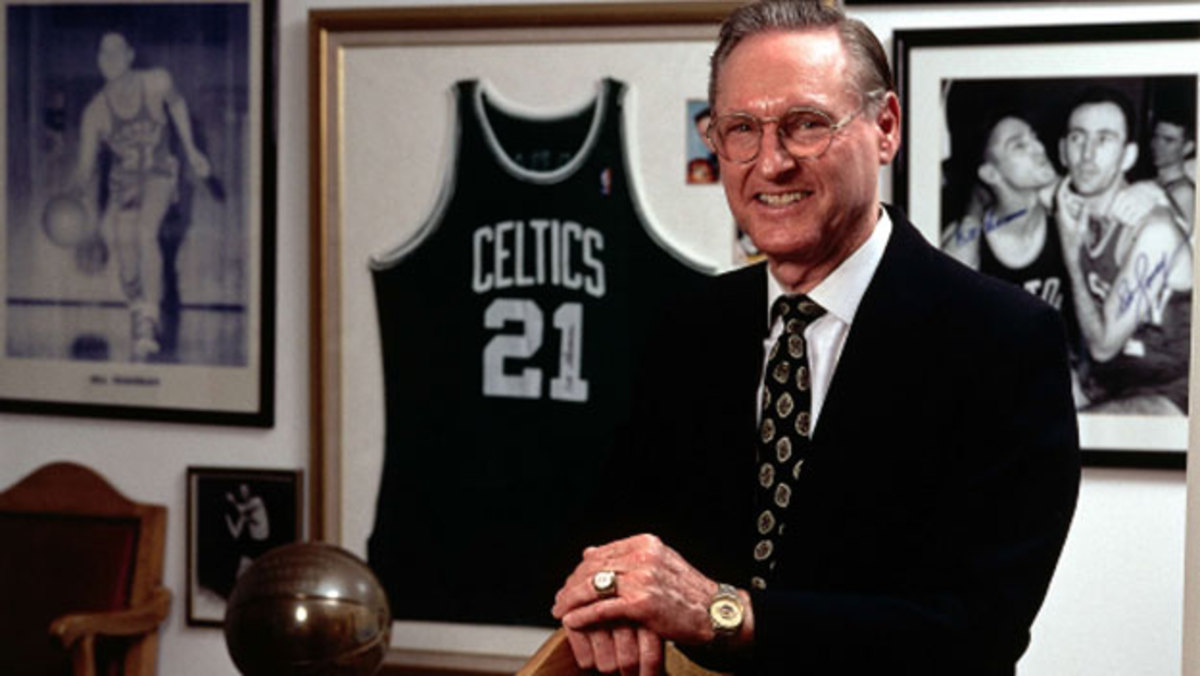 
Bill Sharman spent his rookie season with the Washington Capitals but played out the rest of his 11-year career as a Celtic. He partnered with Bob Cousy at the time in what was considered the greatest backcourt duo and helped the C's to four NBA championships.


Sharman retired in 1961 and took up coaching almost immediately, becoming the head coach of the Cleveland Pipers in the same year. He led the Lakers to a title in 1972, which was his first and only title as a head coach. However, he also won five championships as an executive after taking up the general manager role with the Lakers and built the championship teams in the 1980s. 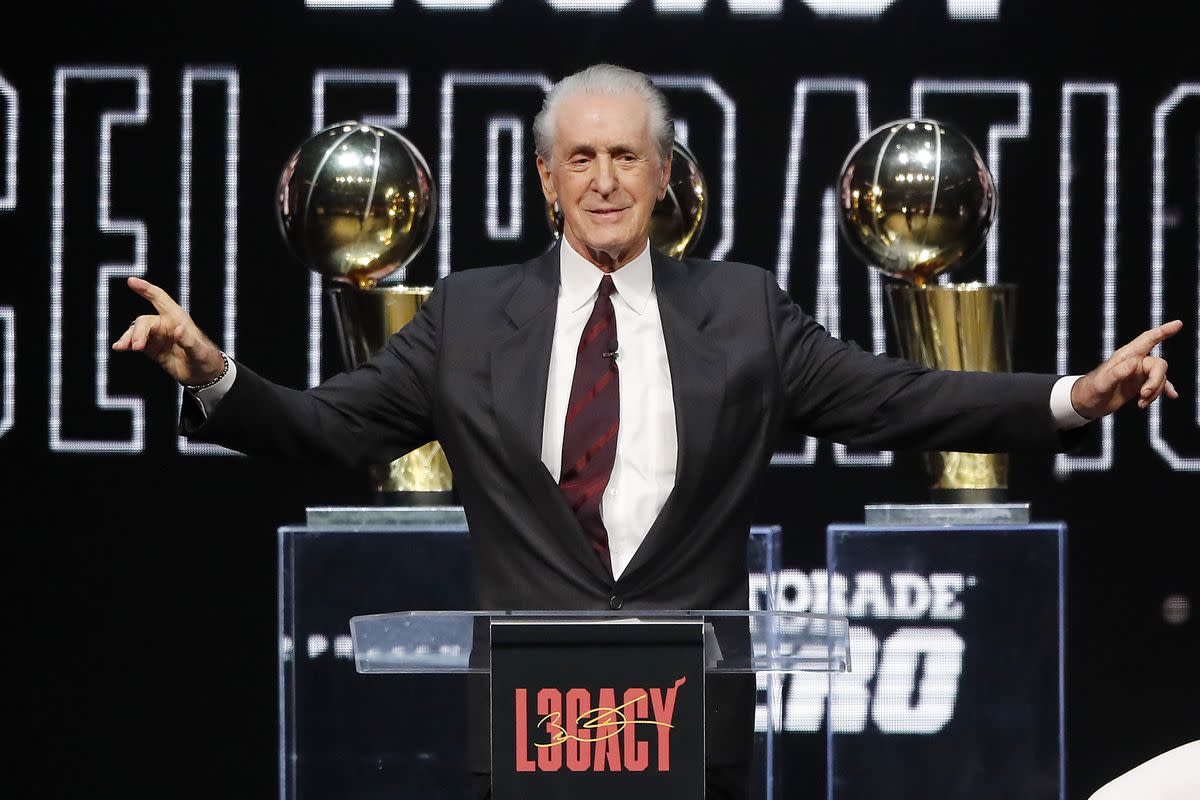 
Pat Riley is one of the few coaches that won more NBA championships as a coach than a player. He was part of the 1971-72 Lakers team composed of Jerry West, Wilt Chamberlain, and Elgin Baylor, who won 69 games to lead the Western Conference that season. They defeated the Knicks after five games to clinch the NBA title.


Riley started his coaching career as an assistant with the Lakers and was soon promoted to head coach position. In the nine years he was the head coach of the purple and gold, he made seven NBA Finals appearances and won four titles. His fifth title as a coach came in 2006 after he led the Miami Heat to their first-ever franchise championship. 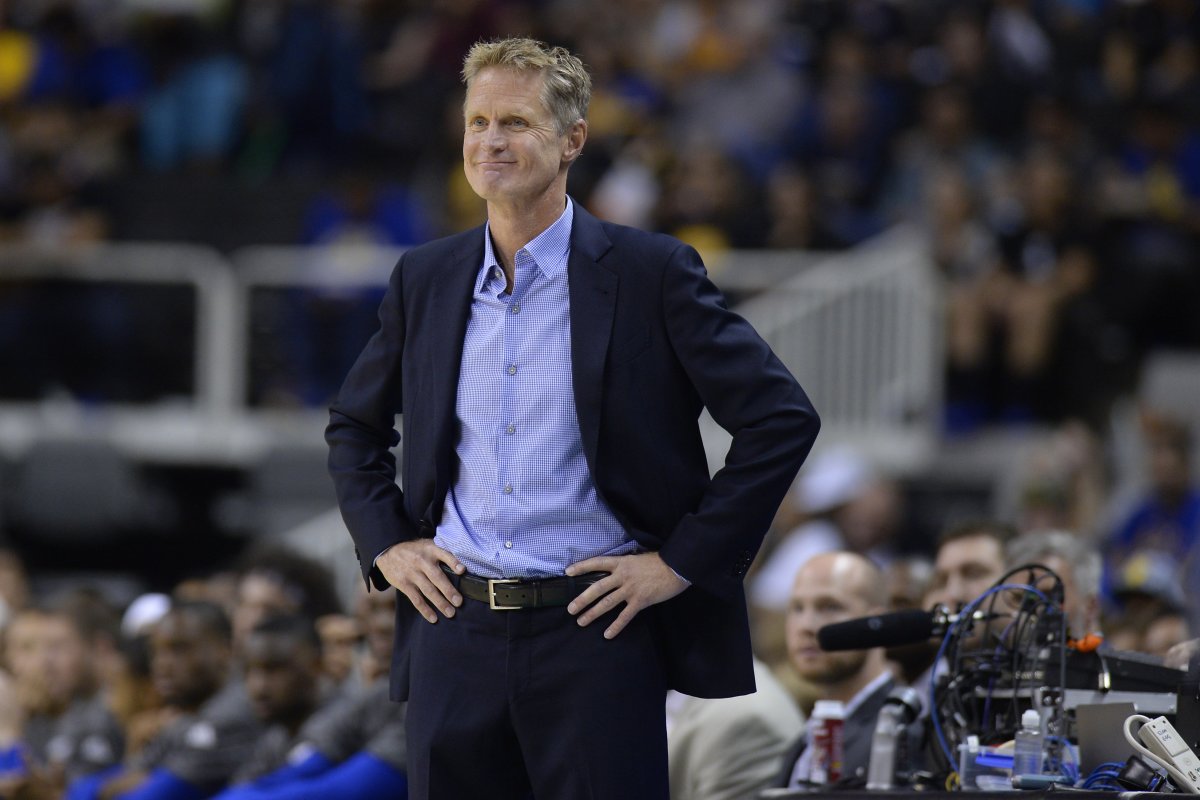 
Steve Kerr missed out on the Chicago Bulls' first three-peat but was available for the second, coming off the bench behind Ron Harper. He won his first three championships with the Bulls before joining the San Antonio Spurs, who won the championships in 1999 and 2003.


The Golden State Warriors dominated the Western Conference from 2015 to 2019 under Kerr. The Warriors reached the NBA Finals for five consecutive seasons, four of which were against King James and the Cleveland Cavaliers, and the 2019 finals was against the Toronto Raptors. Kerr bettered the Cavs, winning three of the four meetings to bring the total Warriors championship tally to six. 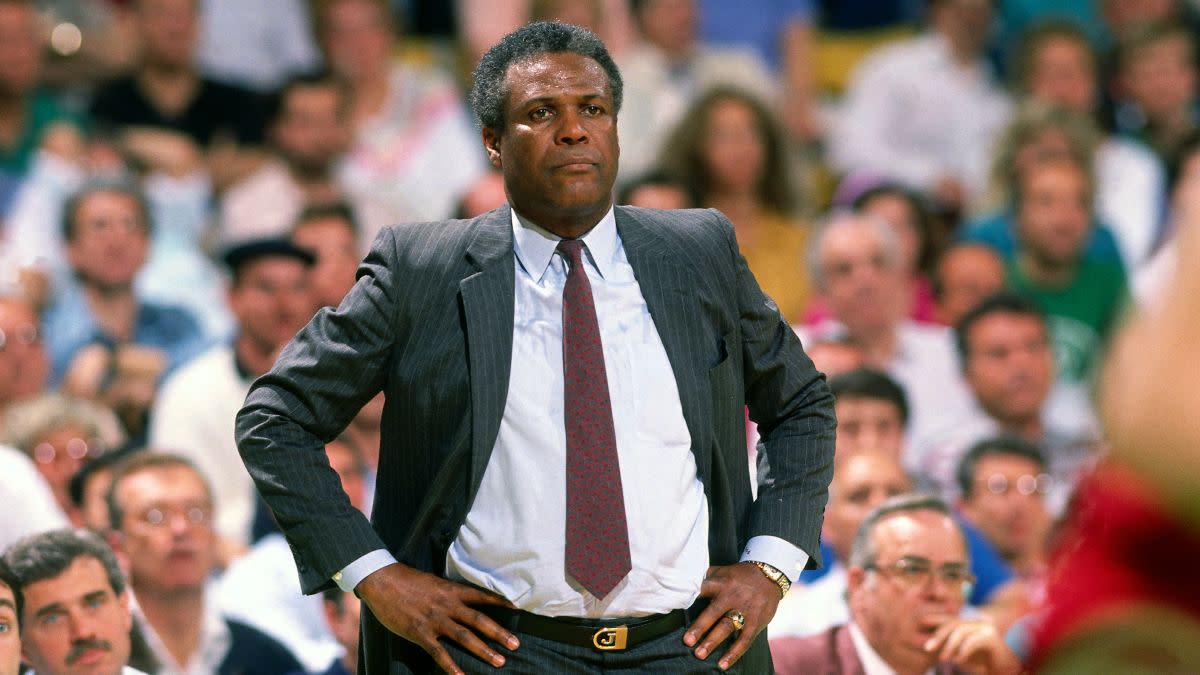 
K.C. Jones is one of the highly-decorated NBA players in terms of championships, seeing as he won eight in his nine-year career. He was a part of the dominant Celtics era that won all but one championship from 1959-1969, led by Russell.


After several years of alternating between an assistant and head coach, he finally got to become the head coach of the Celtics in 1983. In his first four years with the C's, he made four NBA Finals appearances and won two championships. 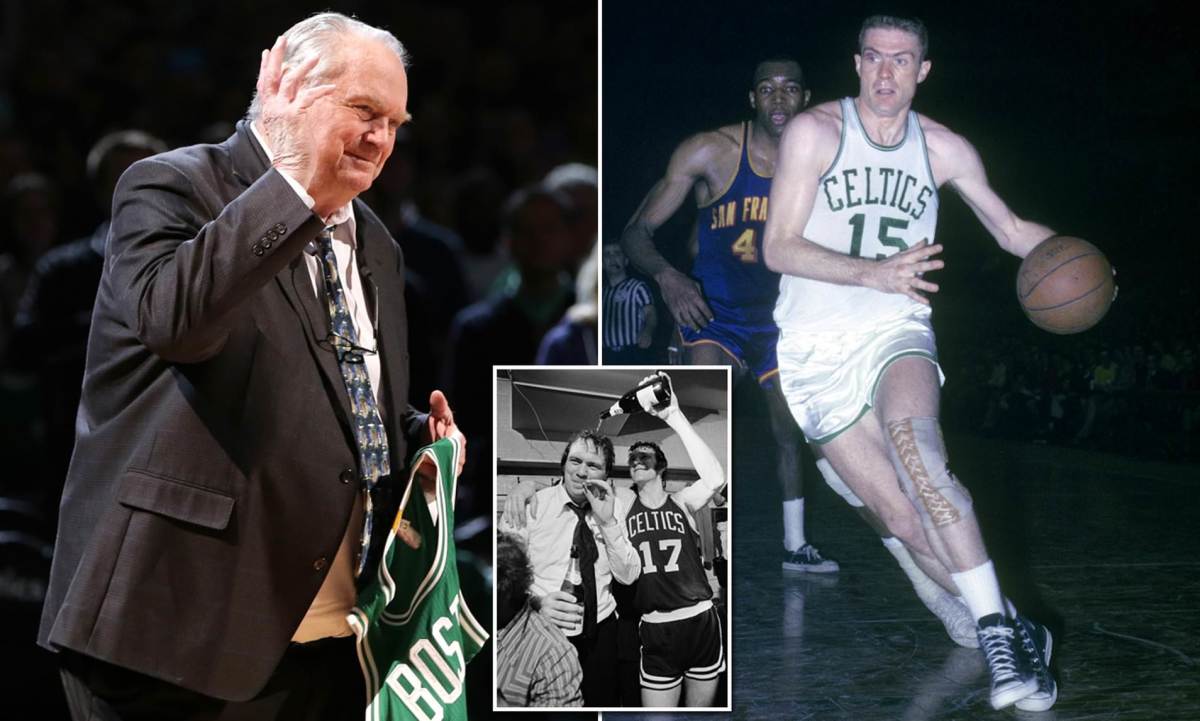 
Tom Heinsohn was a Boston Celtics legend and has a rather impressive resume to show it. He joined the Celtics in 1956 and won a championship in his rookie year, earning the Rookie of the Year award and making an All-Star appearance on his way to the championship. It was the first of eight in his nine-year career, losing the 1958 NBA Finals to the St. Louis Hawks. 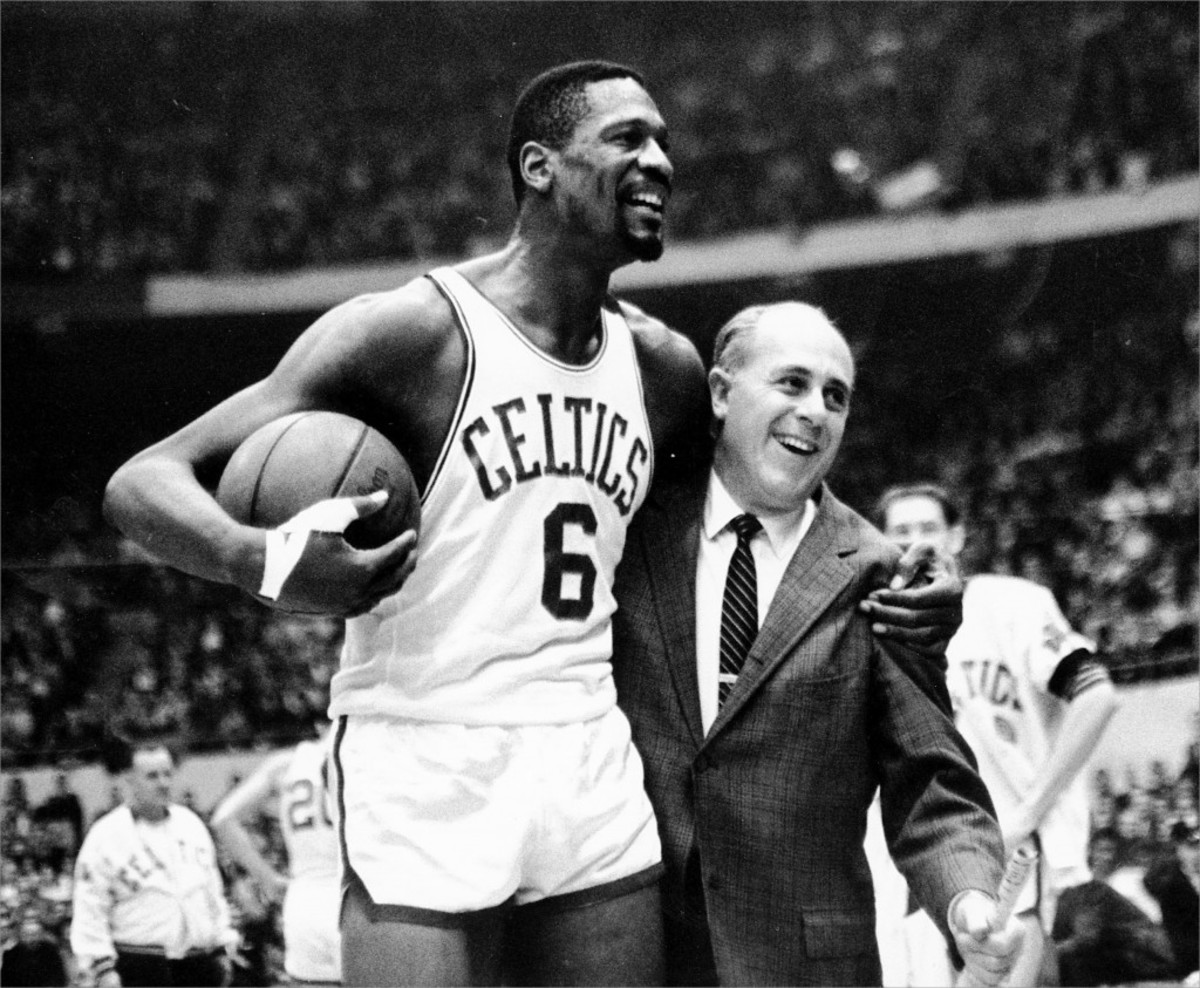 
Bill Russell holds the record for the most championships won by a player, helping the Boston Celtics win 11 of its 17 championships in franchise history. He is the personification of success in the NBA, seeing as he won 11 championships in his 13-year career.


All thirteen of his championships came with the Celtics from 1957-1969. His last two came in the 1968 and 1969 seasons, where he was a player-coach for the Celtics. He led the team to one of the greatest upsets in NBA history, defeating the All-Star Los Angeles Lakers team composed of Elgin Baylor, Jerry West, and Wilt Chamberlain to win the title in 1969. 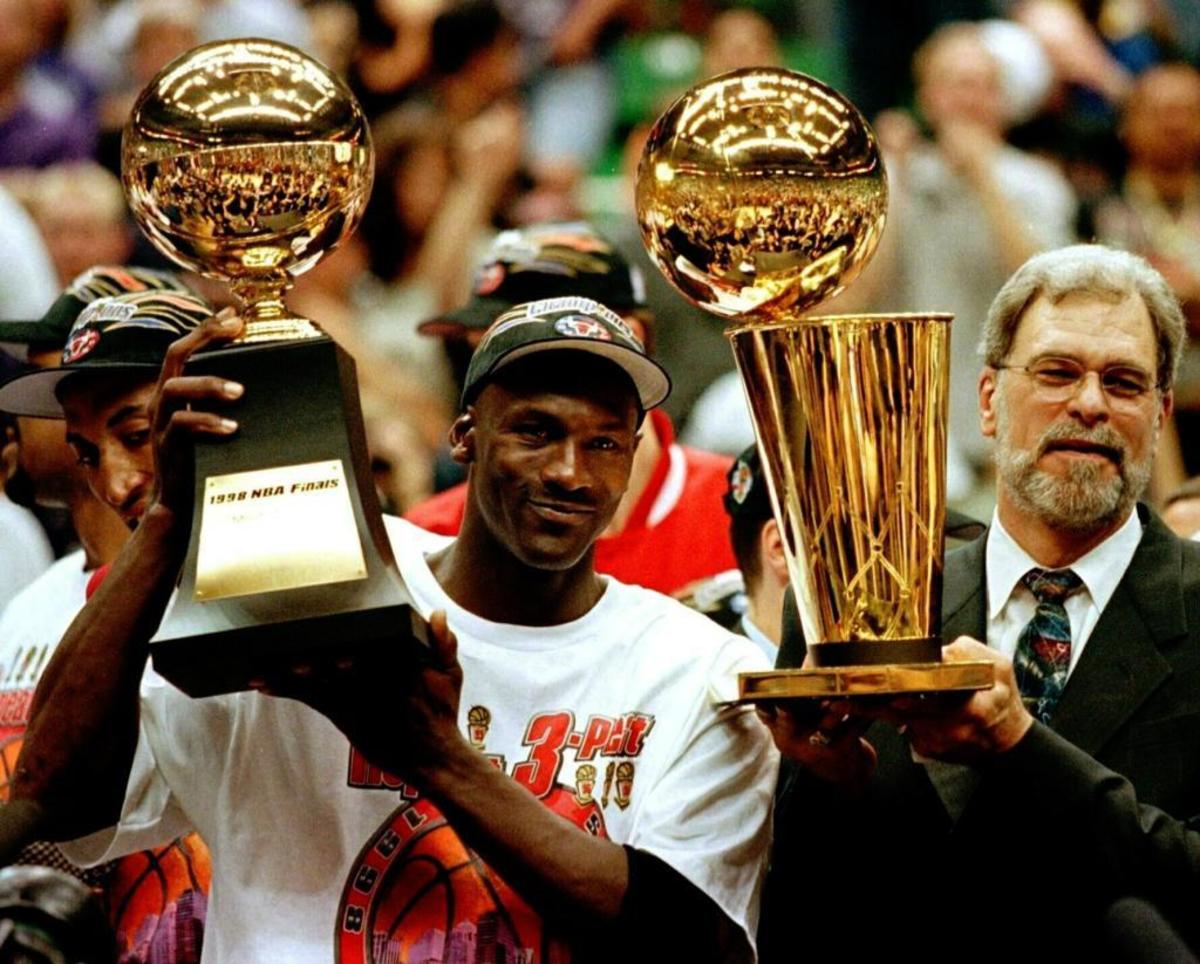 
Phil Jackson is arguably the best coach in NBA history, but he also recorded success as a player. He was drafted by the New York Knicks in 1967 and helped them win two championships in 1970 and 1973. He missed the 1970 season due to injury but got a ring regardless, for being on the roster.


Jackson saw more success as a coach as he led the Chicago Bulls to their six championships in the 1990s. He recorded almost the same level of success when he was head coach of the Lakers, winning five championships in ten seasons.

The Man Behind Michael Jordan And Kobe Bryant’s Dynasties: The Legendary Career Of Phil Jackson

The Most Underrated Career In NBA History: Steve Kerr Has 8 Championships, Played For The Three-Peat Bulls, And Coached The Warriors Dynasty

Kobe Bryant's Stats Against The Best On-Ball Defenders Of His Era: The Black Mamba Was Unstoppable