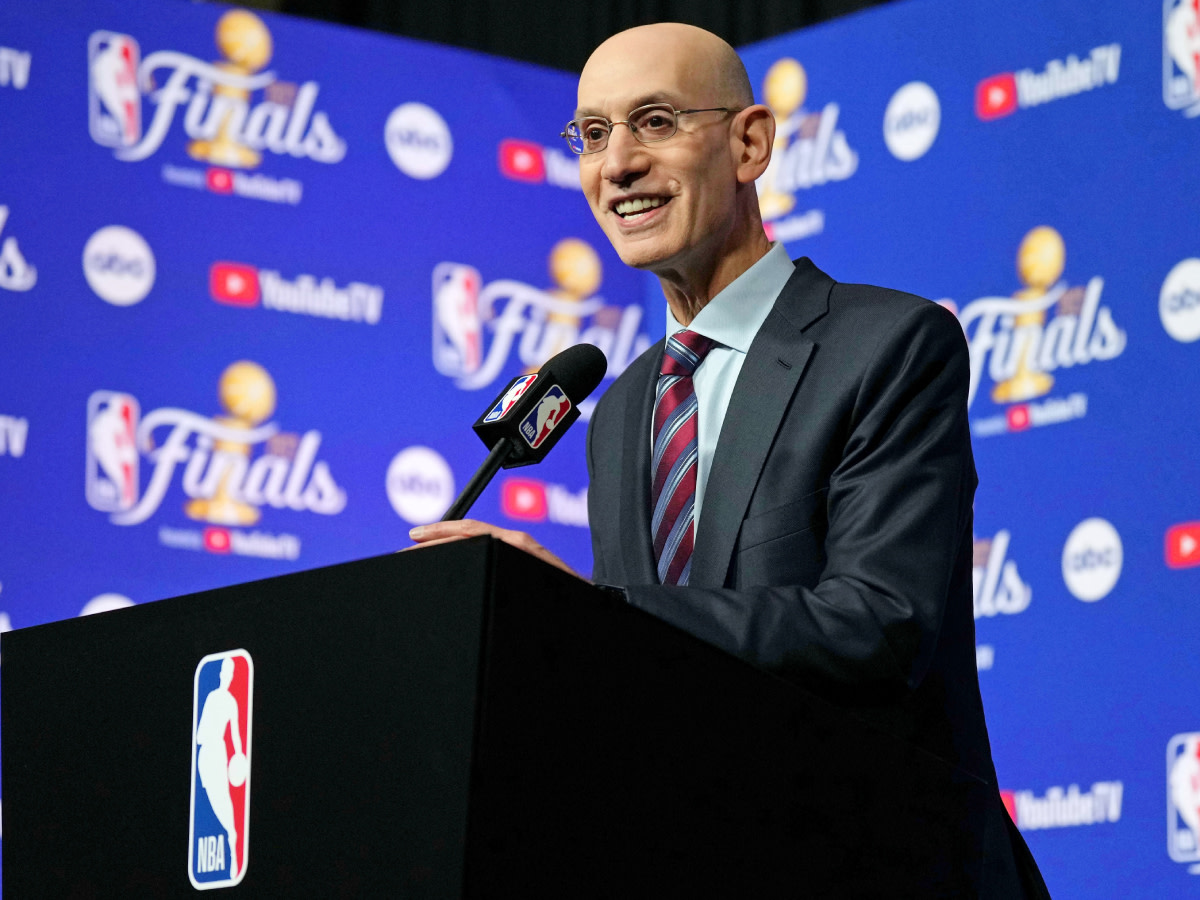 While the NBA is much bigger than the reach of a single person, Adam Silver plays a pretty important role in the league's success. As the commissioner, he has the power directly change the game however he sees fit (with board approval, of course).

And while Silver has thrived in this role, it was also put him on the radar of other big-time companies looking to utilize his talents.

According to a recent report by Eben Novy-Williams and Scott Soshnick, Silver is actively being recruited by technology companies with hopes of pulling him from the NBA entirely.

While Silver himself has not shown any indication of wanting a career change, what some of those companies can offer cannot be ignored. And, despite all that the NBA brings to the table, more and more of its executives are falling victim to outside recruitment efforts.

League offices are a desirable place to work—the five major U.S. leagues are all high-profile, multi-billion-dollar enterprises that touch live events, ticketing, old media, new media, technology, marketing, lobbying, and legal. NFL commissioner Roger Goodell makes more than $60 million per year, but outside of the top job, league compensation typically trails the offerings from private companies, which are increasingly competing with them for talent, according to people who work in executive placement across sports, media and tech.

Attempts to lure executives have reached the highest level. NBA commissioner Adam Silver has drawn interest in recent years from technology companies looking to pull him away from the league, according to one of the people.

“Especially in the day and age that we live in, where executives at hyper-growth businesses, tech startups or media companies are all locked in with some kind of equity or LTIP,” said Asher Simons, co-founder of CAA’s executive search division. “Teams and leagues now are having to battle that.”

While Adam Silver may not seem like a tech genius, he brings a lot to the table as a leader and strategist. His innovative game plan has helped the NBA thrive in recent years, and it's that same leadership that could help other companies increase their own bottom line.

In the end, it will be up to Silver to decide where he belongs. On one hand, entering the tech world will likely open up huge financial opportunities for Silver, no doubt even more than he has now.

On the other hand, he seems to enjoy his role in the NBA. If he likes it so much, and he's so good at it, why risk leaving a good situation?

It's certainly an interesting choice for Silver and one that could have profound implications on the future of the league.

Get a refurbished Microsoft Surface Pro 5 for...