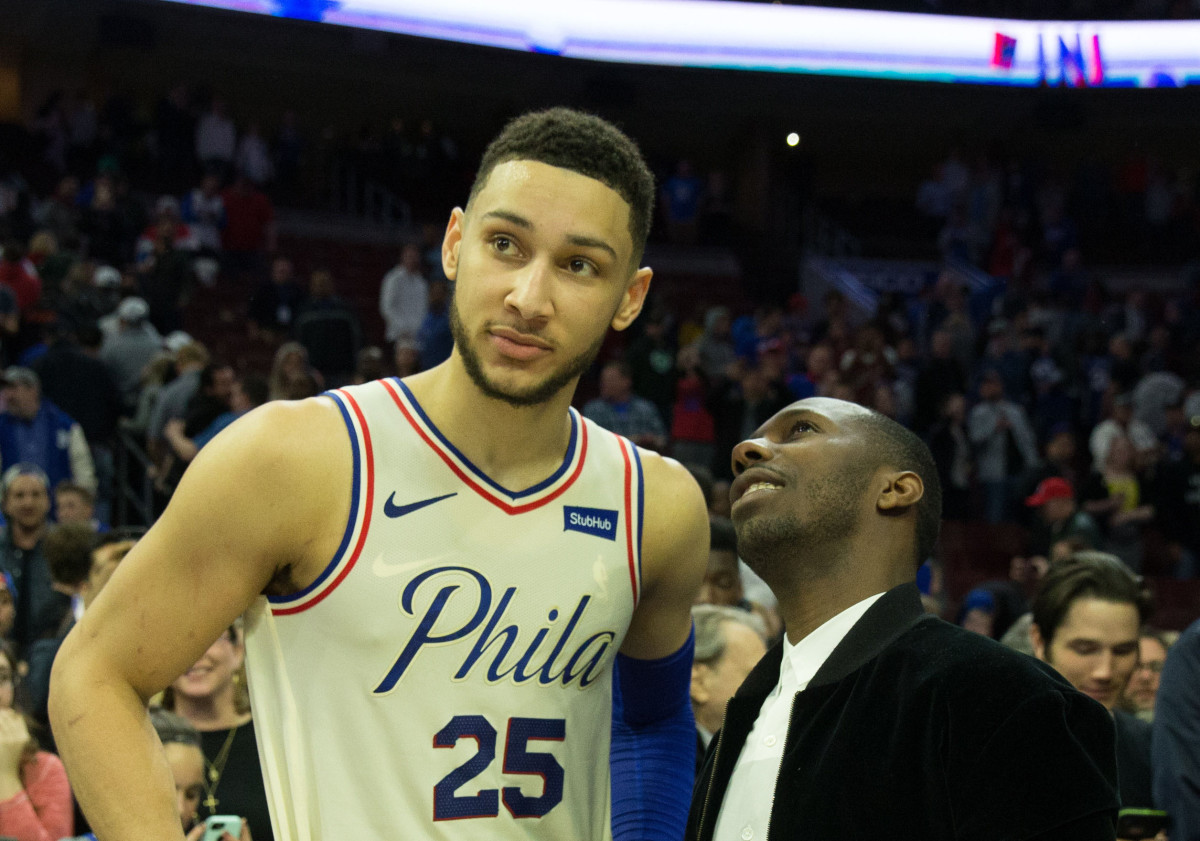 As the 76ers look to maximize their play on the basketball court, Ben Simmons and the front office continue to engage in their hard-fought battle.

Simmons, who requested a trade in the summer, has not yet played a single game for Philly.

To make matters worse, his trade value is at an all-time low, thanks not only to the way he ended the 2021 playoffs but also due to Philly's level of play without him.

(via Michael Scotto of Hoopshype)

“Teams know Ben Simmons doesn’t want to be there. I’ve heard this from some executives, too, that when Joel Embiid was healthy and before their recent losing streak, this team was performing well without him. Some executives said to me it further lowered the trade value for Ben. When you lose a star player, you typically struggle, but Philadelphia coming out of the gate, was leading the Eastern Conference.”

The Sixers started the season 8-2 without Ben, leading the East for the first few weeks of the season.

The team has fallen off a bit since, but they have shown they're more than capable of staying afloat without their 3x All-Star.

"At this point I don't care about that man, honestly. He does whatever he wants," said Embiid. "That's not my job. I'm only focused on trying to make the team better, win some games, try to lead the other guys that we have here. The chemistry has been excellent despite everything that's been happening the last few months. So yeah, like I said, I don't really care."

As Embiid and the players focus on their opponents, Daryl Morey and the front office continue to play hardball, with names like Damian Lillard and Jaylen Brown being their top priority.

Nevertheless, it will be interesting to see how it all ends, and if the Sixers can keep winning in light of the drama unfolding behind the scenes. Dwyane Wade On The 'Secret' To Playing With... With 25 AAA games in development, Embracer to...