NBA Fans Debate Which They Would Rather Have: Giannis Antetokounmpo's Ring Or Kevin Durant's Two Rings 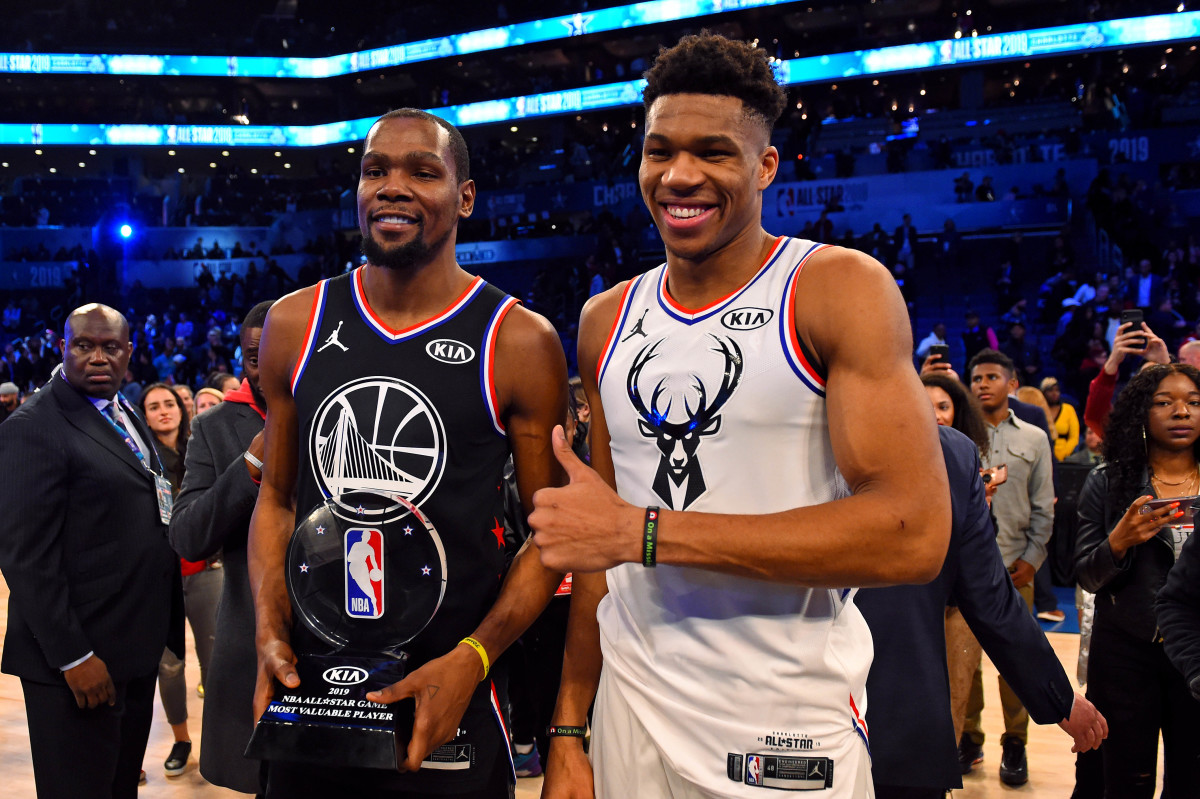 On the surface, one would assume that every NBA Championship ring counts as equal weight. After all, winning a Championship at the highest level is never an easy feat.

But when you put certain titles in their proper context, it becomes clear that some have varying amounts of difficulty and importance.

LeBron's third Championship, for example, is widely considered his best, not only for what it meant to the city of Cleveland but also for the degree of difficulty involved in obtaining it.

On Twitter, fans took this idea to another level, comparing Giannis' 2021 Championship to the two that Kevin Durant won in Golden State.

After asking themselves which they would rather have, it opened up some pretty interesting conversations...

If you've been an NBA fan for years, you'll know this line of thinking is nothing new.

Ever since Durant won his first Chip in Golden State, fans have made the case that his don't really count the same had he won them by himself on the Thunder.

No matter your feelings on Durant, winning back-to-back titles with Steph Curry, Klay Thompson, and Draymond Green was more than a goal: it was an expectation.

This year, few had Giannis getting past the second round. They said his Bucks were not good enough. Instead of proving those people right, Antetokounmpo put the team on his back and carried them to a Championship, beating the Heat, Bucks, Hawks, and Suns along the way.

It's a great underdog story, and really highlights the perception of this season for Antetokounmpo.

Let's see if he can do it again.

debate which would rather giannis antetokounmpo kevin durant rings
Read The Rest at
fadeawayworld.net