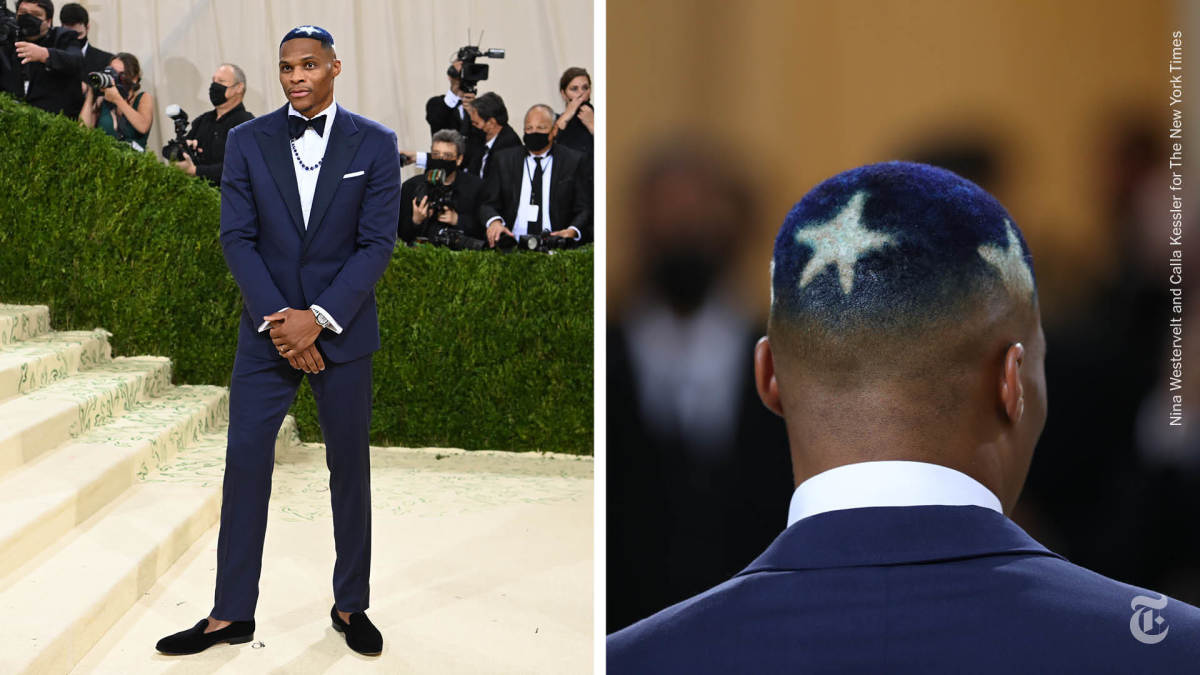 Russell Westbrook has been in the headlines for the past few days, despite the new NBA season still being over a month away. Usually, Westbrook is talked about for his incredible play or getting yet another triple-double during a game.

But over the last few days, it's been Westbrook's fashion choices that have fans going to war online. Westbrook is one of the most polarizing figures in the NBA when it comes to fashion choices. Brodie regularly shows up for games and public events in outfits that fans either love or hate, but can all acknowledge are fully unique.

Most recently, Westbrook was spotted in New York for New York Fashion Week. For the festivities, Westbrook donned a skirt - something that Laker fans chose to roast him for online.

And things only seem to be getting more controversial when it comes to Westbrook. The 2017 MVP was a guest at the 2021 Met Gala, hosted each year by the Museum of Metropolitan Art in New York. The event is attended by some of the biggest names in the world.

Westbrook showed up at the event donning a stylish blue suit. But it is his hair that has people talking. In an effort to match his suit, Westbrook dyed his hair the same color and had stars patched into it with different colors.

Fans took to social media to discuss Westbrook's new hairstyle. Some fans seem to love it, as it shows a creative side of Russ' personality. But there are those who hate it, seeing it as a ploy for attention and too weird for a basketball player. Check out some of the best reactions on Facebook and Instagram. 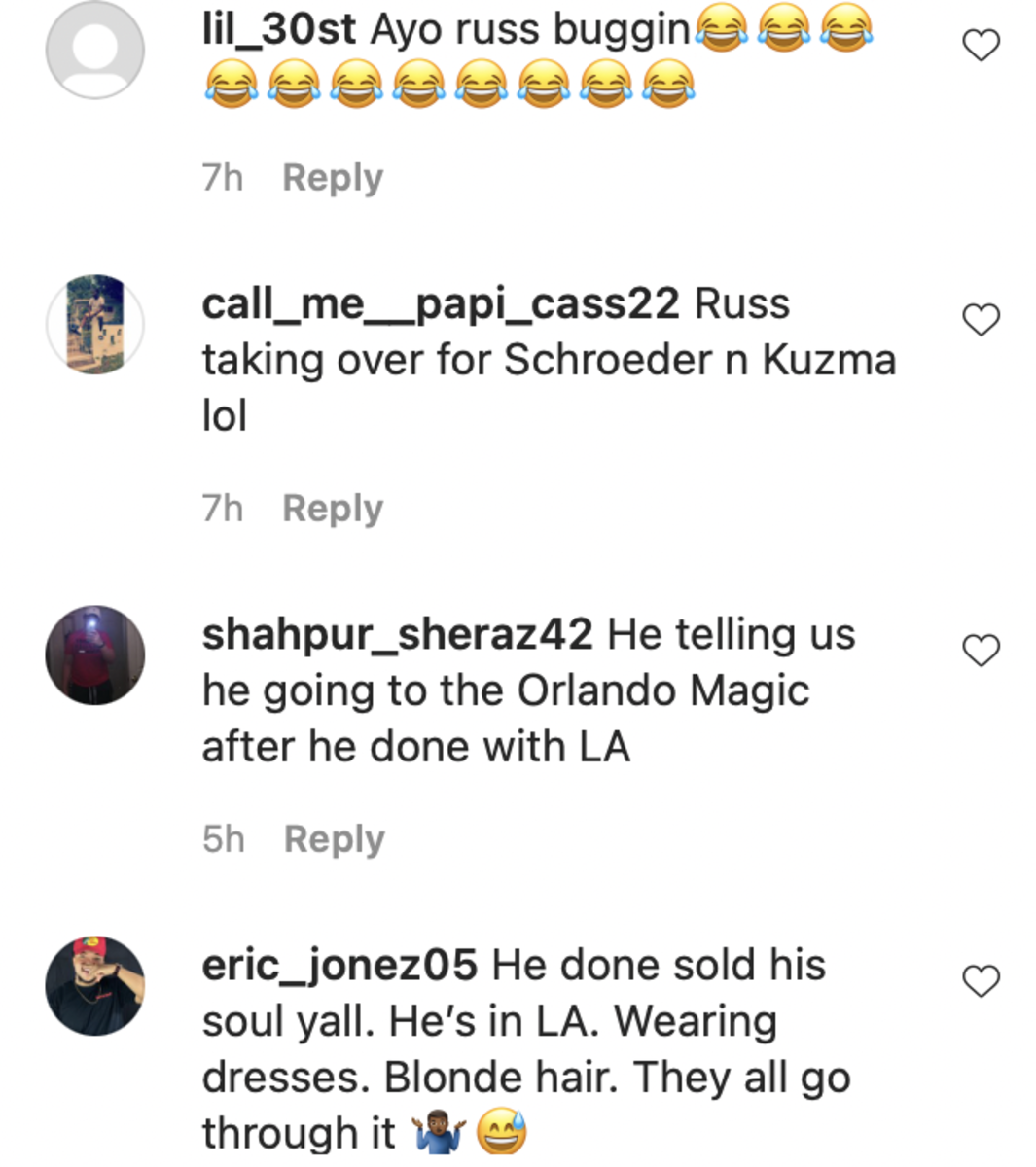 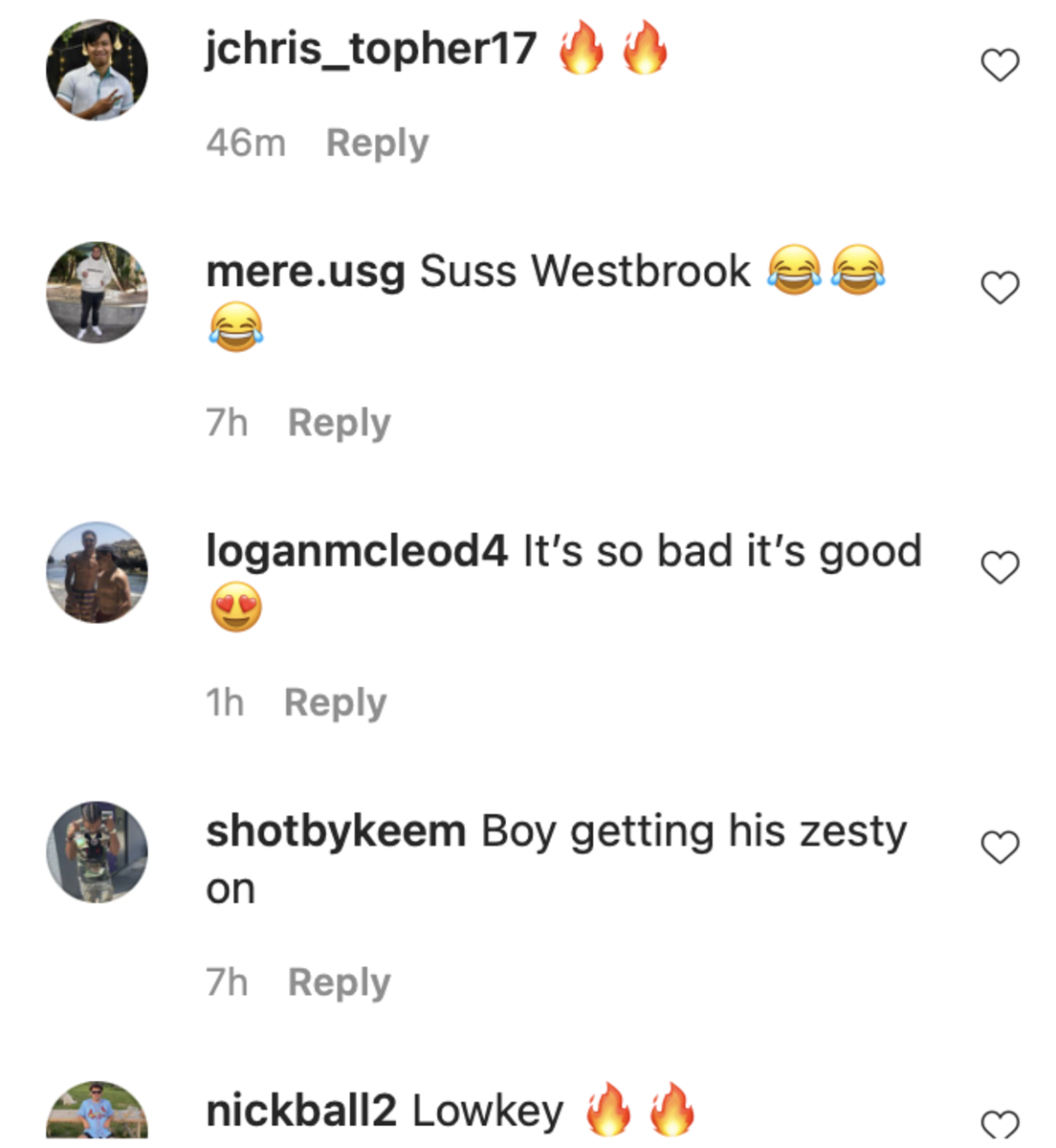 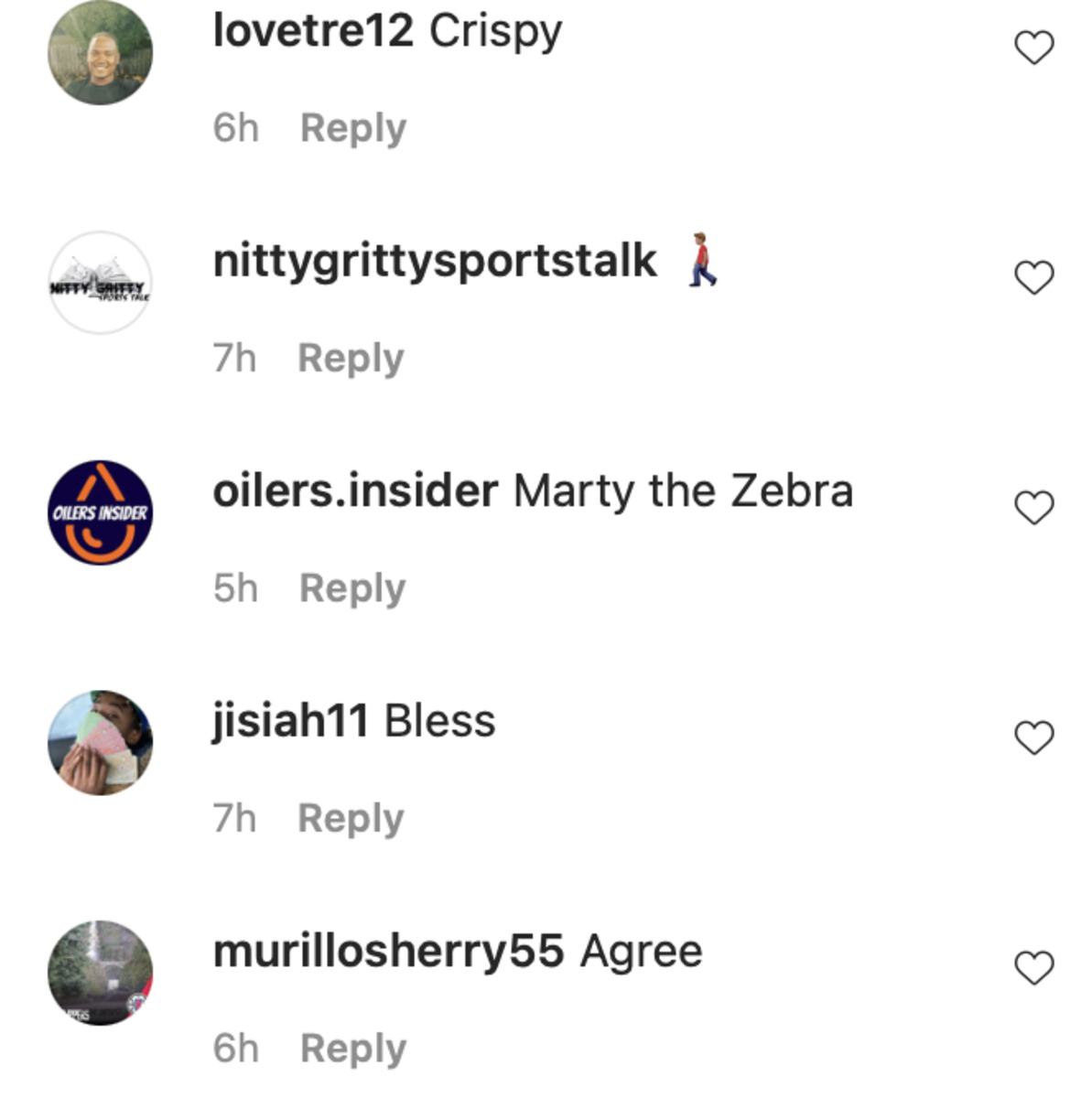 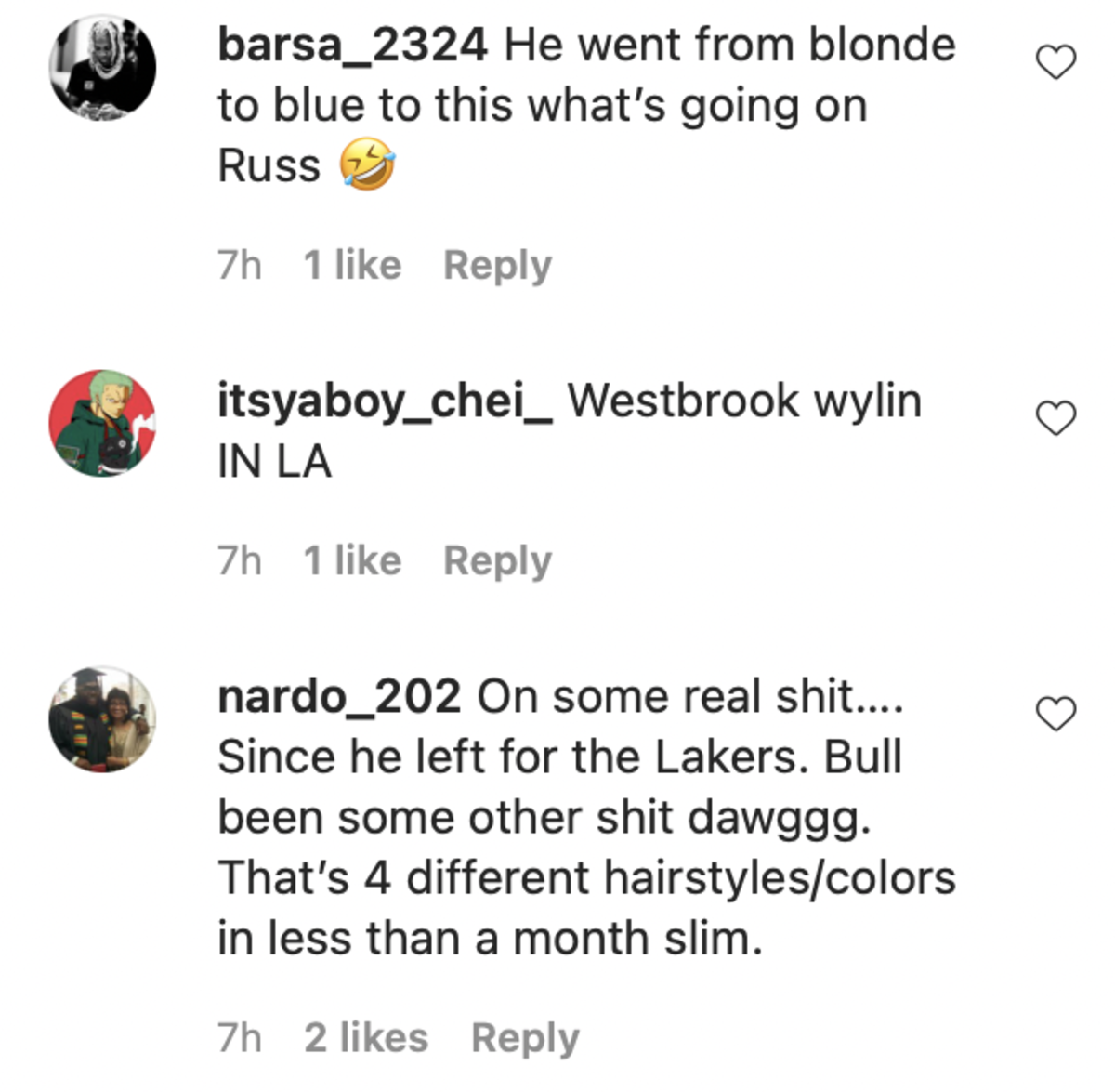 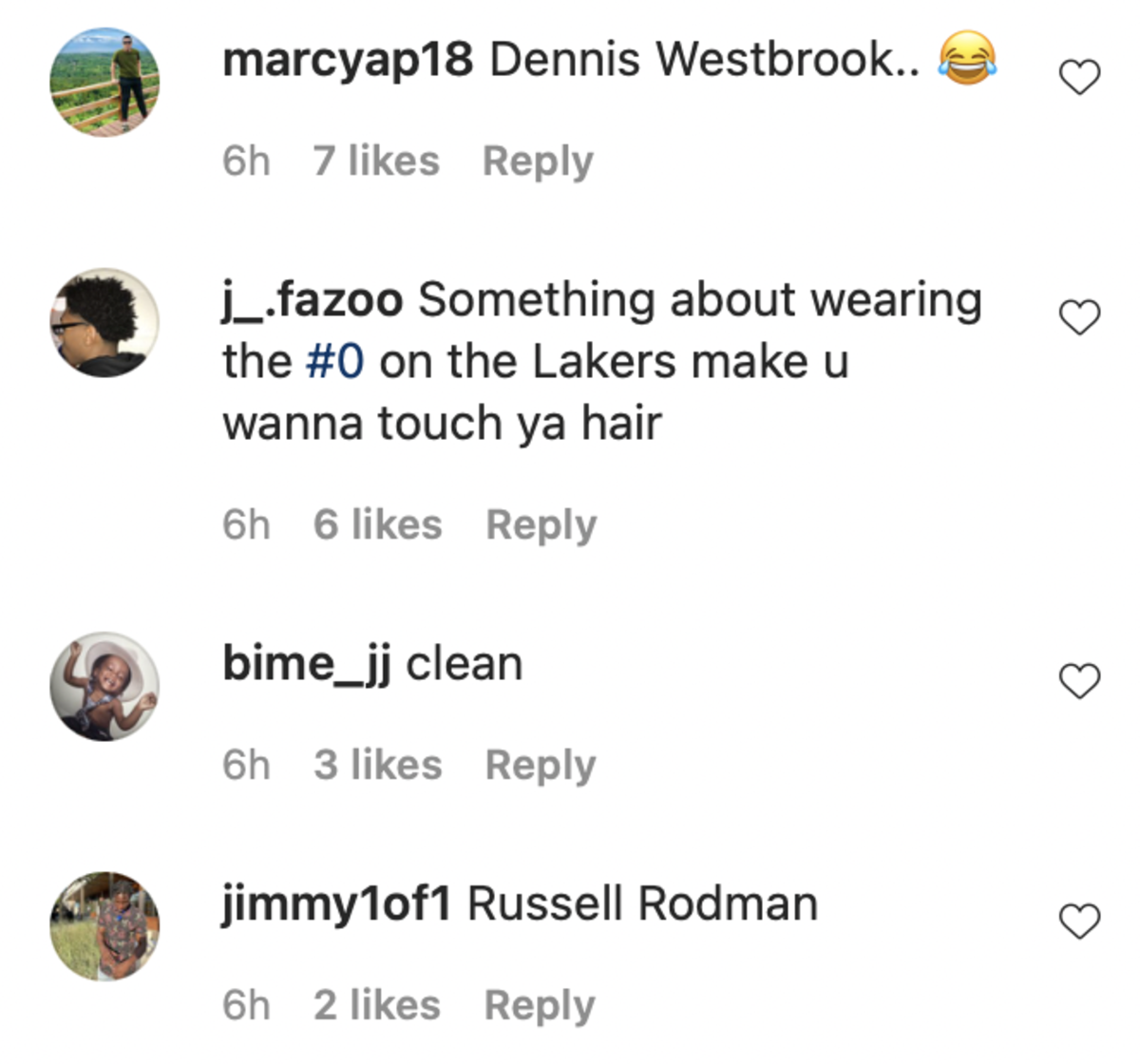 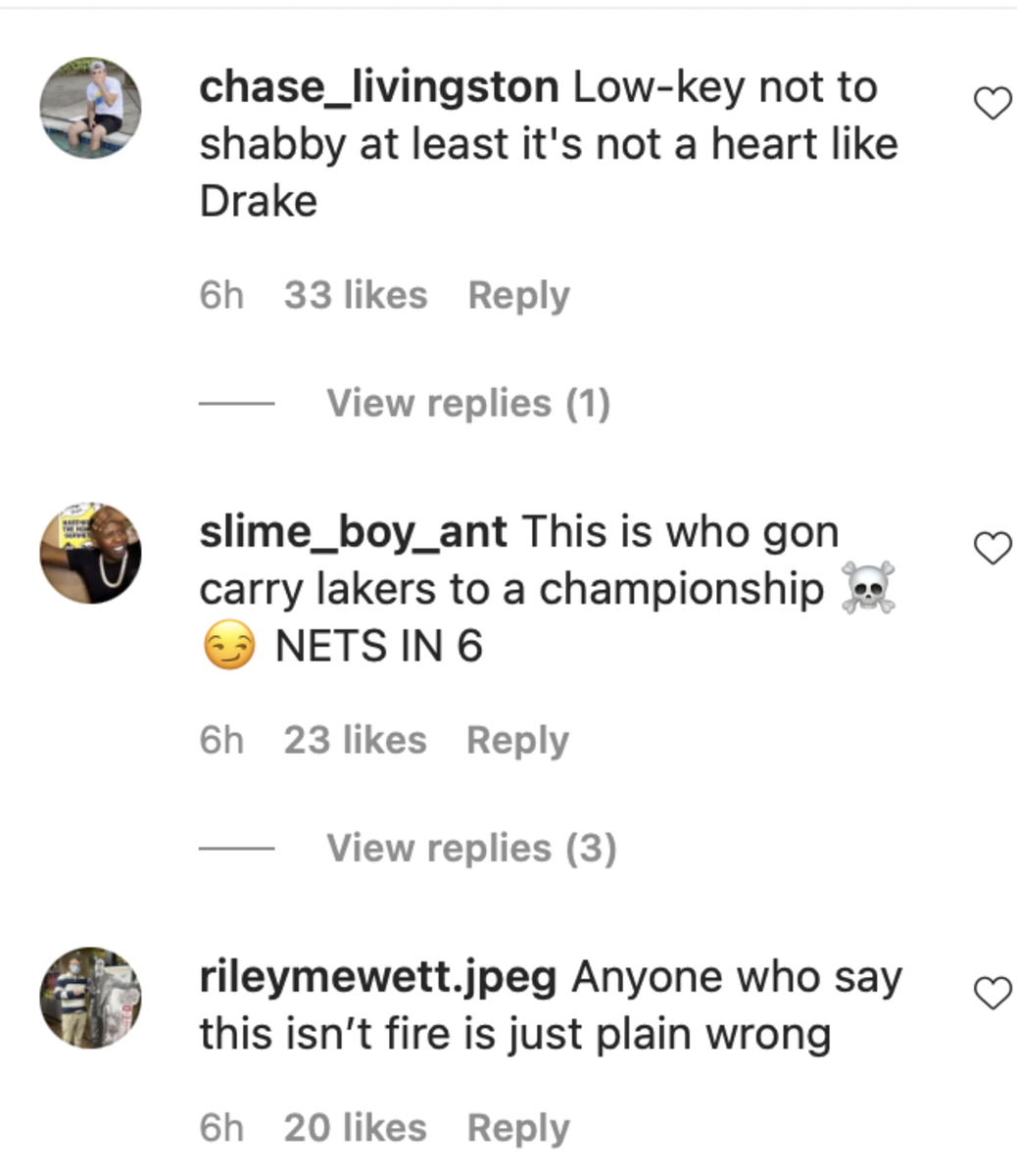 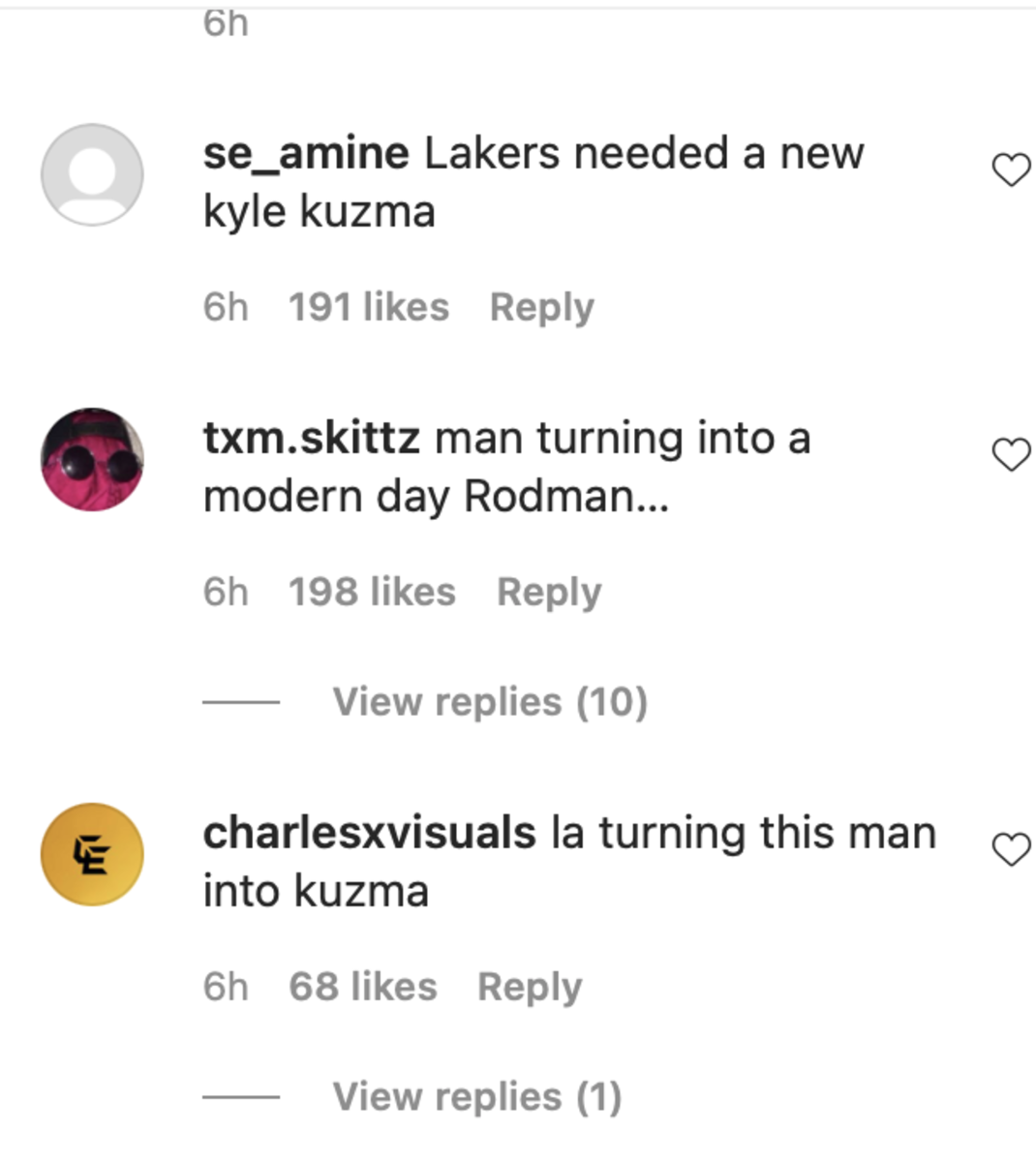 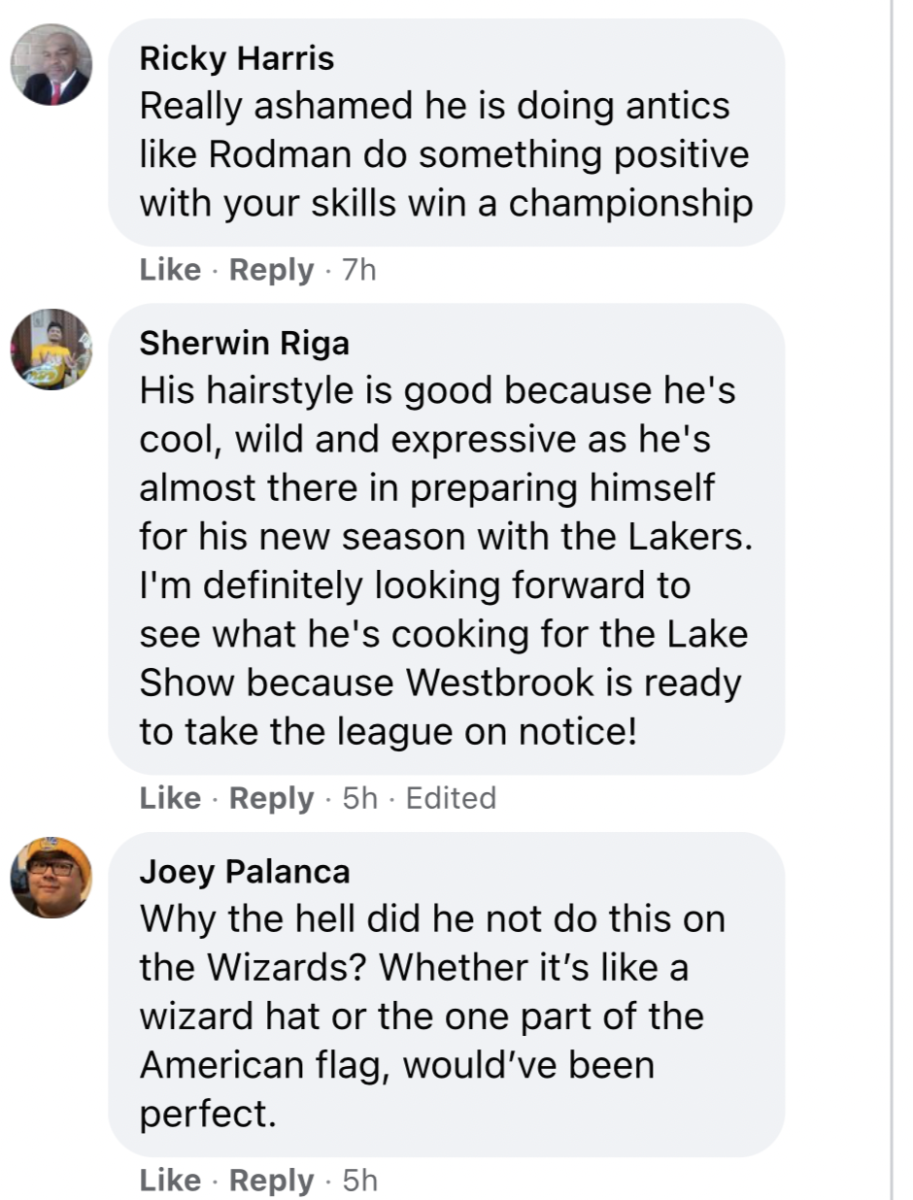 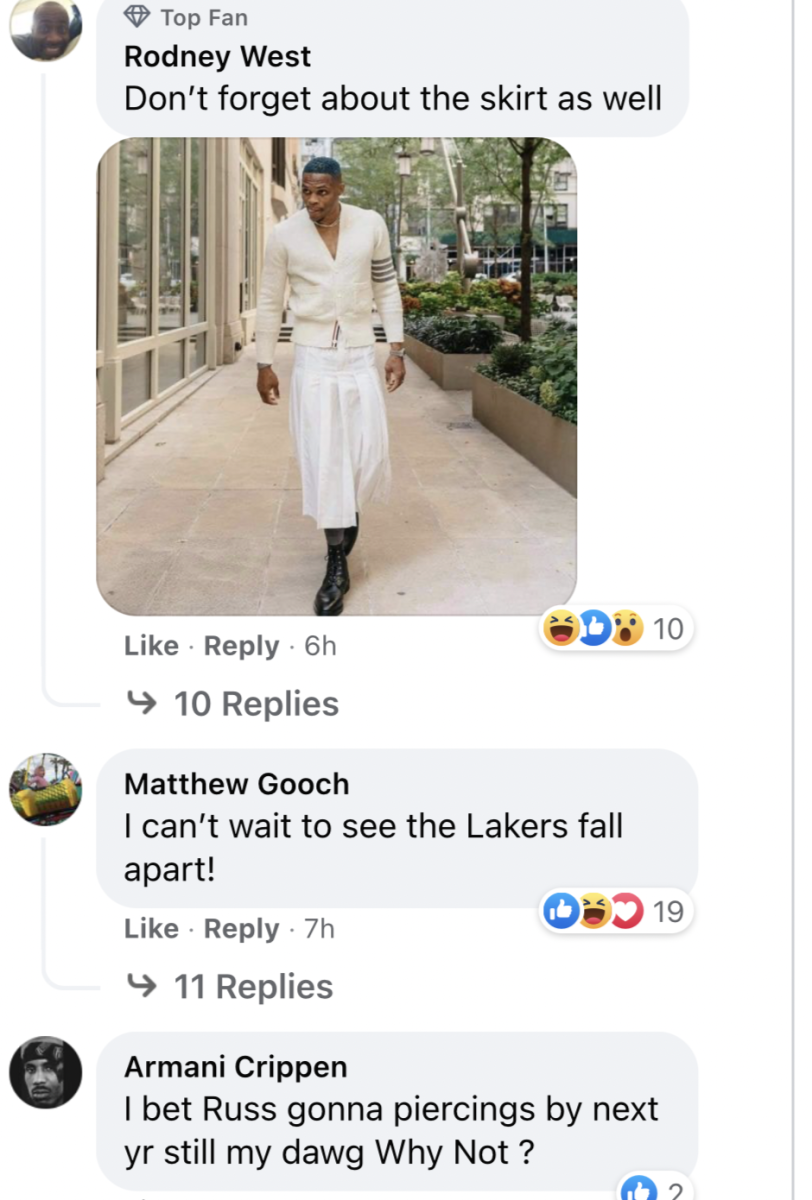 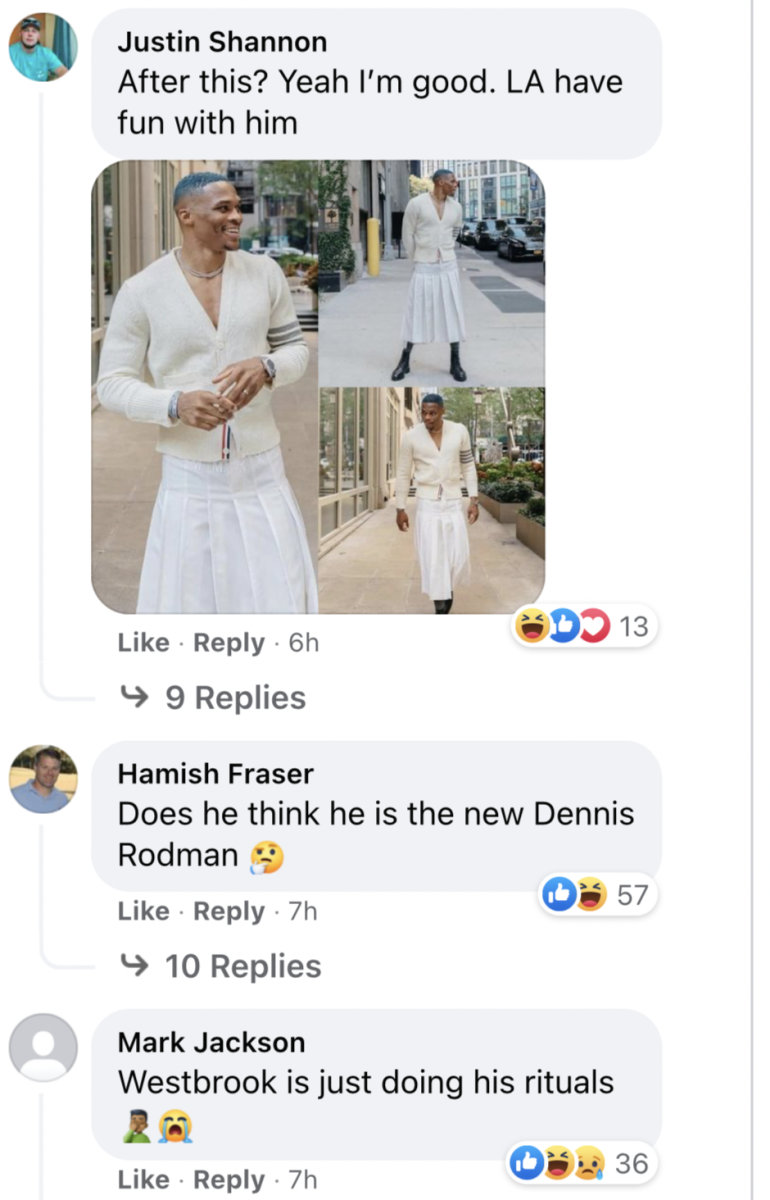 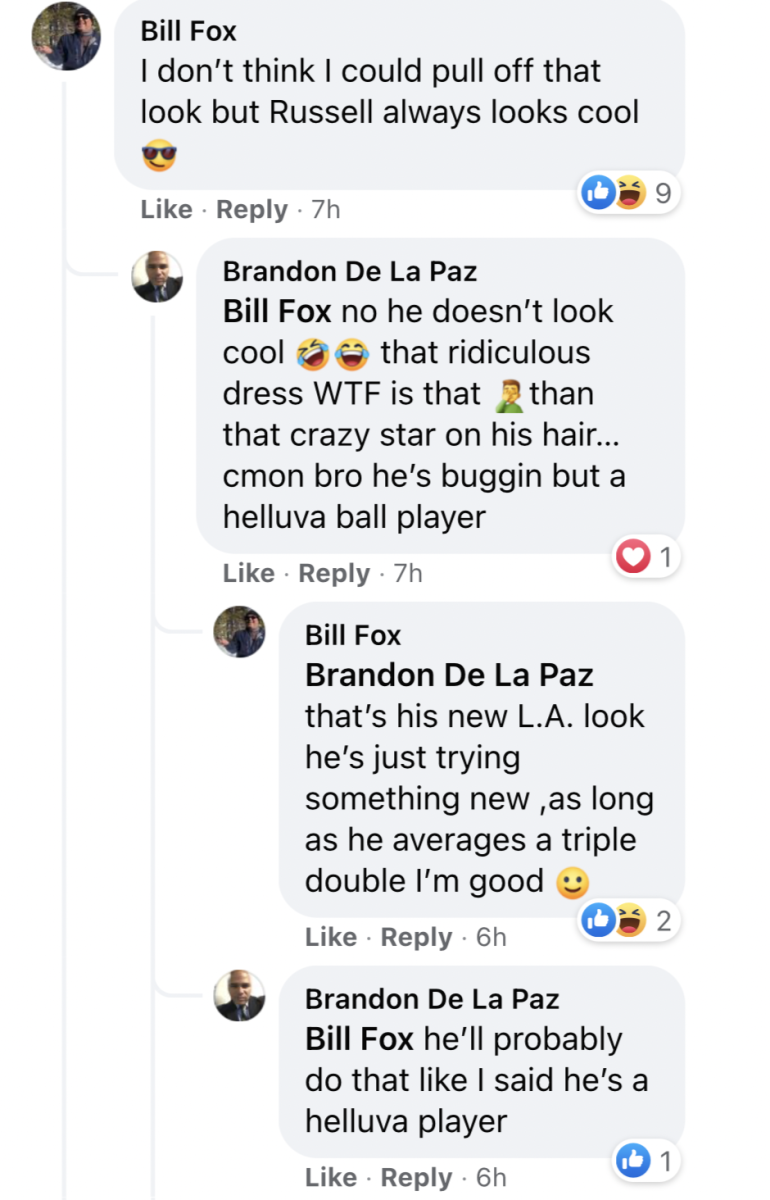 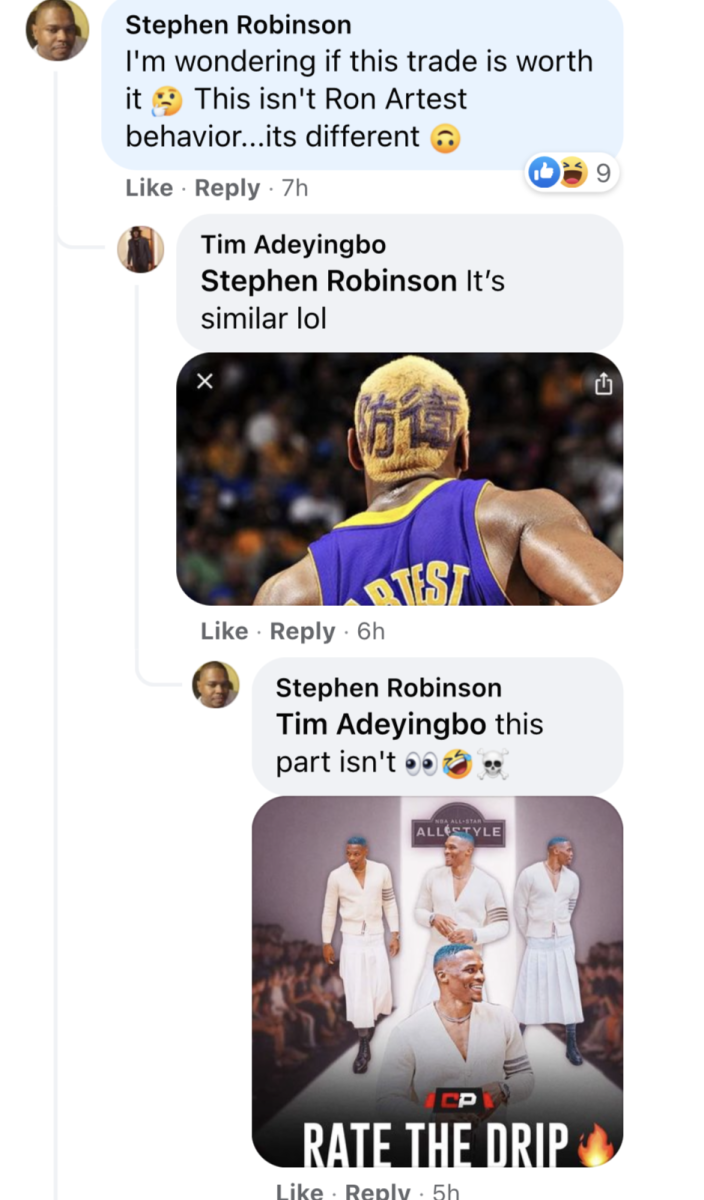 Fans are either very hot or cold on the subject, but that is the kind of reaction Westbrook always elicits from NBA fans. From the looks of it, Westbrook had a fun time at the Met Gala and even linked up with Steph Curry at the event for a photo op. As long as Russ is enjoying himself, he won't be too fazed by negative opinions. Ultimate Guide to Market Your Franchise