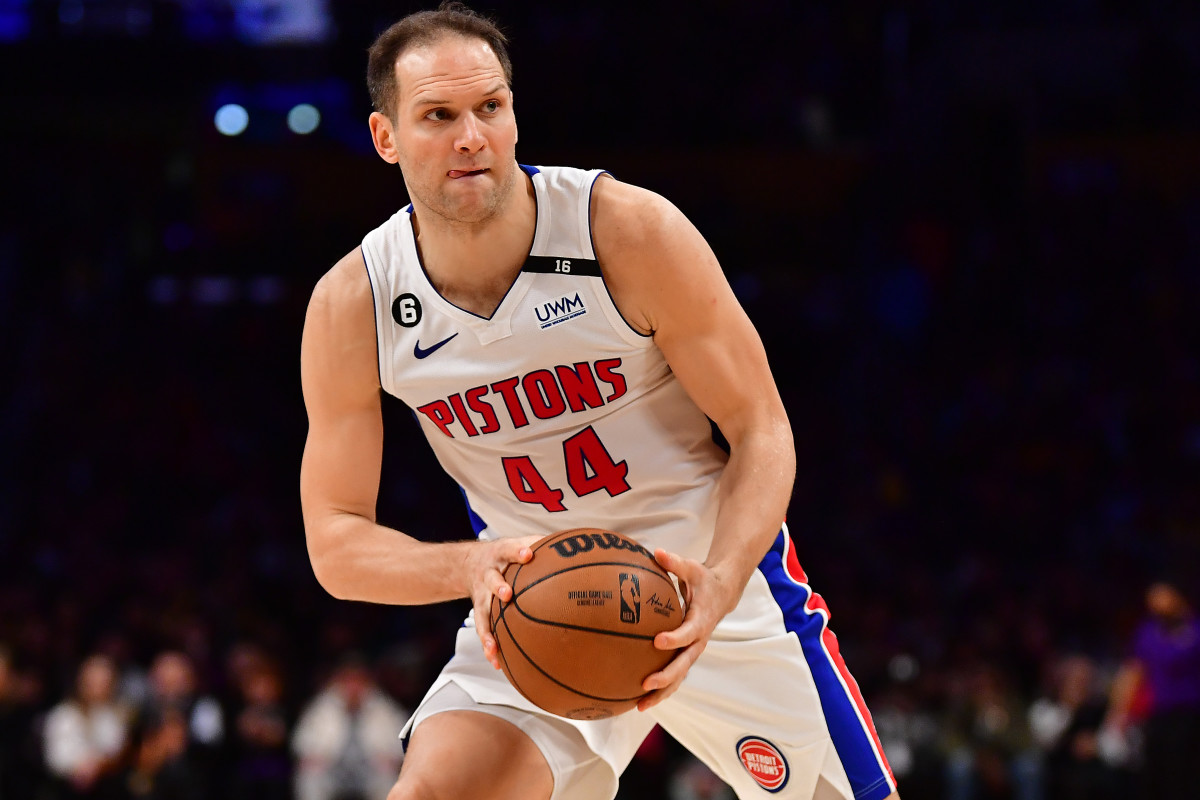 The Detroit Pistons are notably a rebuilding team, and it seems as though there is a chance they will move Bojan Bogdanovic prior to this year's trade deadline. A recent report from Jake Fischer of Yahoo Sports revealed that front offices around the NBA believe that Bojan Bogdanovic will be made available in trade talks prior to the trade deadline.

There is no doubt that a lot of teams will be interested in acquiring Bojan Bogdanovic. On top of the Phoenix Suns and the Los Angeles Lakers, Bojan Bogdanovic was also previously linked to the New Orleans Pelicans and the Toronto Raptors. If he were to be made available for trade again, then it's likely that a number of teams will call the Detroit Pistons about him.

The Los Angeles Lakers Could Have Had Bojan Bogdanovic

REPORT: The Lakers had the opportunity to trade their 2027 and 2029 1st-round picks to the Jazz in exchange for Bojan Bogdanovic, Mike Conley, Rudy Gay, and a 2023 1st-round pick, via @tjonesonthenba.

There is no doubt that this might become a missed opportunity for the Los Angeles Lakers down the line. However, they are clearly waiting on the right player to move their first-round picks, and role players don't necessarily move the needle for the team in terms of winning a championship.

With that being said, there is a chance that the Los Angeles Lakes will get desperate and move those first-round picks for Bojan Bogdanovic or similar-level role players in the future. Their priority should obviously be to win now while Anthony Davis and LeBron James are still playing at a high level, and we'll see what happens in the future. Experts May Have Solved The Mystery Of Sheep...