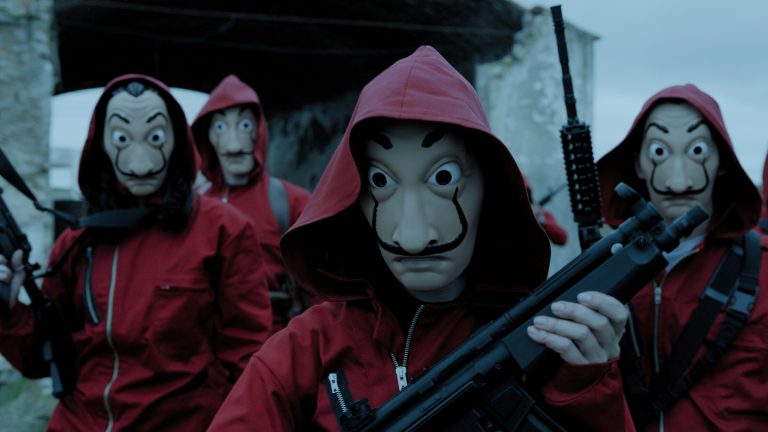 Ursula Corbero's Money Heist character Tokyo had a great line in the insanely popular hit TV series on Netflix. Well, tons of great lines, actually. But to cite just one in particular: "A lot of people believe we only find one true love in our lives." What they don't realize, though? It's that, whether you realize it or not, "you can have several lives."

That's certainly been true, and remains so, for Money Heist -- aka La Casa de Papel, which debuted its final batch of episodes on Netflix Friday. Specifically, these newly released episodes comprise part two of the show's fifth and final season, bringing one of the biggest and most successful projects in Netflix history, at last, to a satisfying, bittersweet conclusion. That is, "conclusion" in only the loosest, very Netflix-like sense of the word. Because Money Heist, like Tokyo very astutely noted, isn't so much winding down as it is concluding one of its many lives. Before it very soon begins another.

END_OF_DOCUMENT_TOKEN_TO_BE_REPLACED

The post Netflix just released the final episodes of one of its most successful shows ever appeared first on BGR.