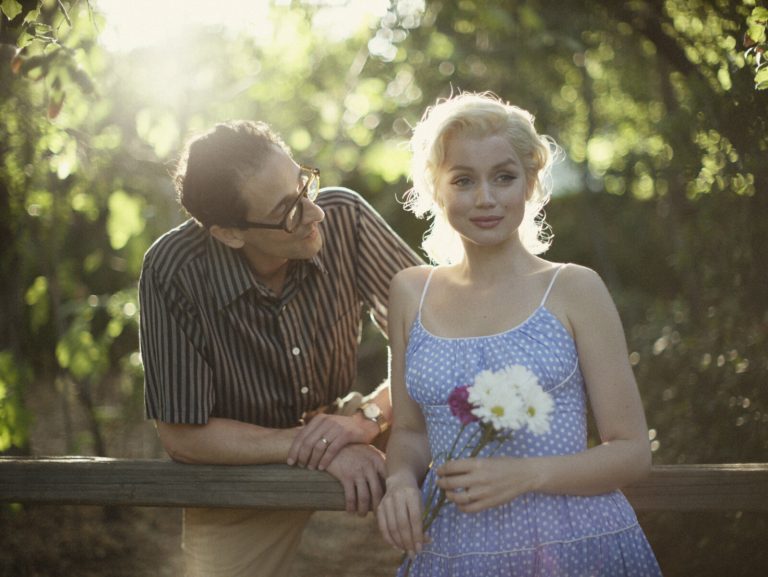 Having just returned home from a theater screening of the Netflix movie Blonde, the not-quite Marilyn Monroe biopic from writer/director Andrew Dominik that earned the streamer its first NC-17 film rating and which stars Ana de Armas in all the late starlet’s breathy-voiced and effervescent glory, let me begin this review by posing a challenge.

I’d like you to take a quick moment, if you don’t mind, and try to conjure up a memory of the most unsettling, disturbing film you can recall ever subjecting yourself to. It can be something you caught in a cinema, or a streaming release that you watched at home -- anything. Just as long as the movie shocked you or evoked a feeling of revulsion.

Whatever you choose, be assured: It is, in fact, a Pixar film compared to the menagerie of misery, pain, depravity, and violence that awaits viewers who choose to stream the nearly 3-hour-long Marilyn Monroe Netflix movie when it debuts on the streamer on September 28.

END_OF_DOCUMENT_TOKEN_TO_BE_REPLACED

The post Netflix’s Blonde is one of the darkest, most lurid, and unsettling movies I’ve ever seen appeared first on BGR.