New Boss Orders Countryside School Principal To Set Parents’ Meeting At 7 PM, Finds Out No One Showed Up In 1983, John Scully took over as CEO of Apple after nearly fifteen years at the head of PepsiCo. In his memoirs, published decades later, Scully, in particular, admits that one of his main mistakes was the belief that successful experience in one industry will bring great results in a completely different one.

In fact, managers at all levels regularly face this problem, for example, successful coaches who come from college football often fail in the NFL (think of Urban Meyer and his Jaguars last year). In general, the ability to adapt to a new environment is one of the most important among the soft skills.

This is confirmed, for example, by this post in the Reddit MaliciousCompliance community, which has already gained more than 12.4K upvotes and almost 300 different comments. The example, of course, is not the most egregious, but, nevertheless, very effective and illustrative.

So, about ten years ago, the Original Poster was working as the principal of a school in a small town that served as a kind of educational hub for the surrounding countryside. Parents brought their children to classes from all the surrounding villages and farms, and then they took them home. 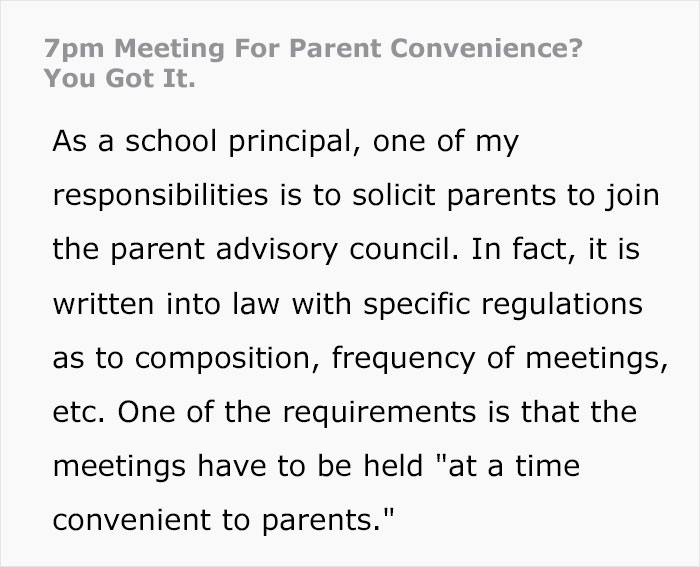 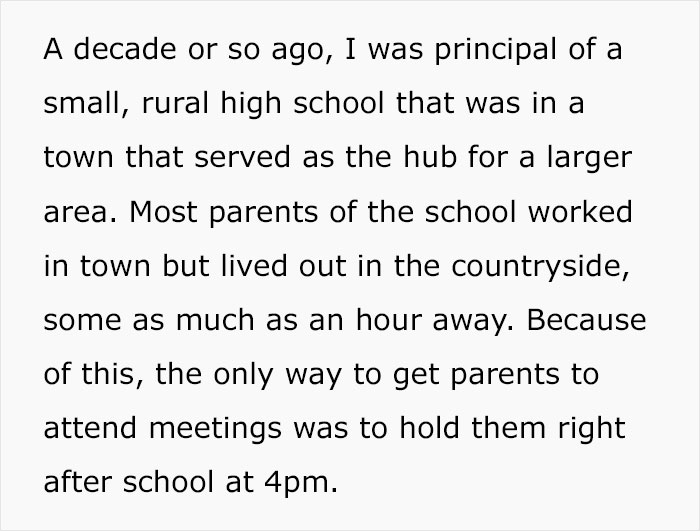 The OP used to schedule PTA meetings at 4 p.m. as it was way more convenient for most of the parents

Instructions for holding parent meetings recommended that they be scheduled for a later time – for example, at 7 p.m. At the same time, the OP was well aware that the specifics of their school would hardly allow them to follow the instructions strictly. The fact is that many parents lived far, far away, and it would be too hard for them to pick up their children after classes, then go back to school late in the evening, then back home again, spending hours and hours driving. 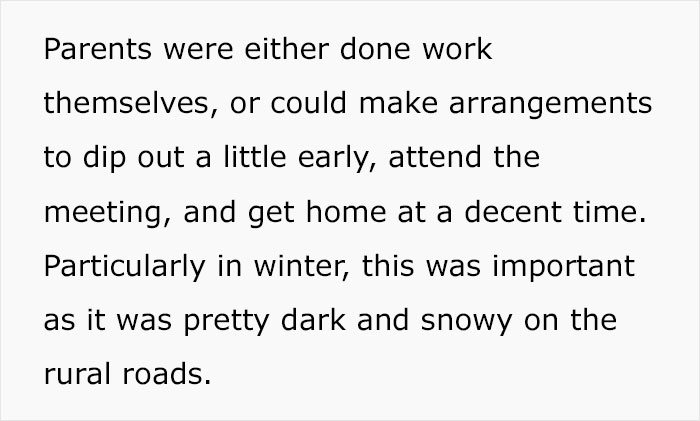 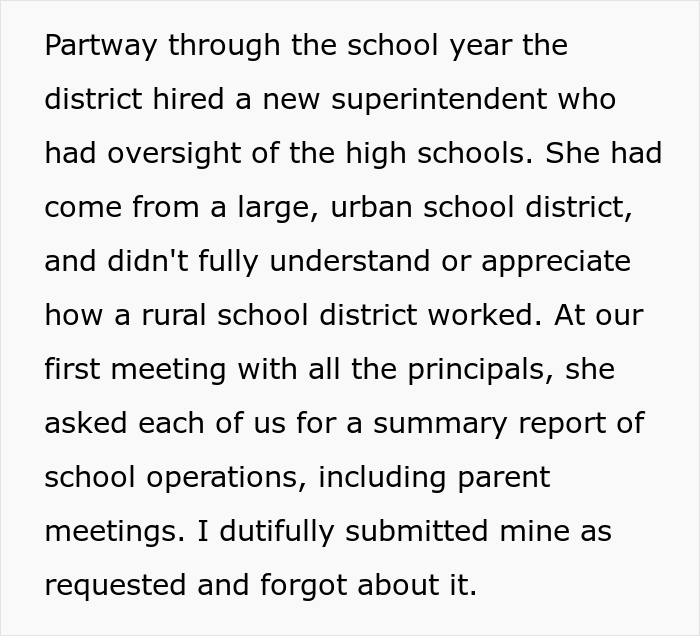 As a result, the OP concluded that it was best to schedule meetings around 4 p.m. – just when the parents arrive to pick up their children. It was also convenient for parents, and everyone was happy. Until the district appointed a new school superintendent…

The new superintendent insisted that the next PTA meeting should be scheduled strictly at 7 p.m.

During one of the conversations with the OP, the superintendent asked what time they scheduled the meetings. The OP said, usually 4 p.m. – so convenient for both parents and themselves. As the OP admits, these words were probably a mistake – after all, the superintendent thought that the principal was guided only by their own convenience. 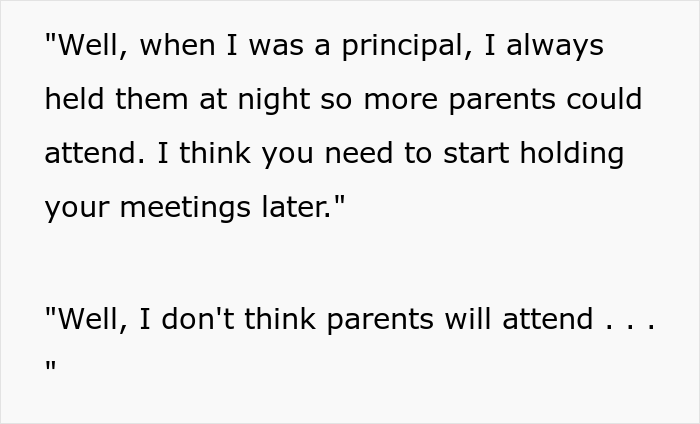 Anyway, the superintendent demanded that the next meeting be scheduled for 7 p.m. – directly according to the instructions. Any attempts to explain the situation had no result. So the OP finally maliciously complied and suggested that the boss herself come to the meeting to introduce herself to the parents. She willingly agreed, not imagining what awaited her… 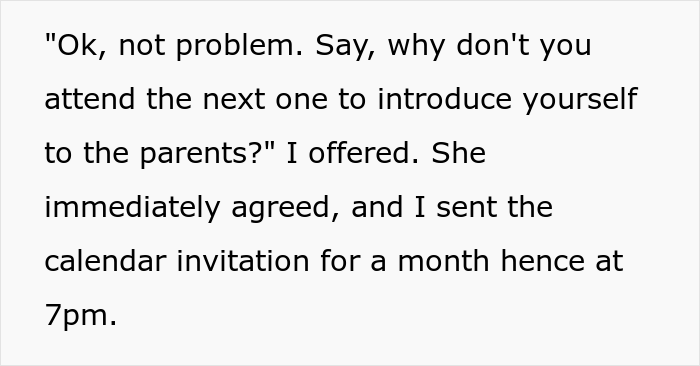 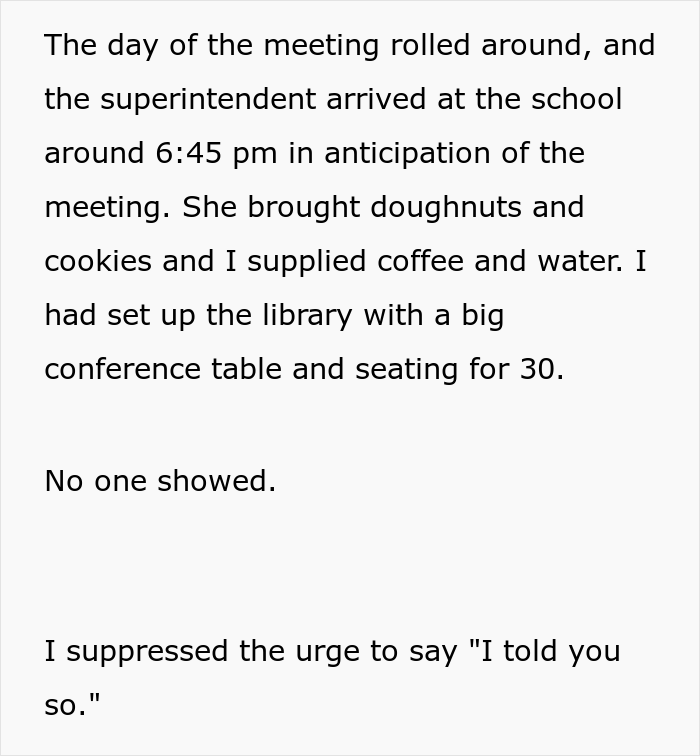 The superintendent drove more than 2 hours to school to introduce herself to parents, and found out that no one showed up

According to the OP, the school was located about an hour and a half drive from the administrative buildings where their boss worked, and she herself lived one more hour drive south. So when the superintendent arrived at 6:45 p.m. with donuts and cookies, she was met by the principal, coffee and water, a pre-booked library hall with about thirty seats – and no one else… 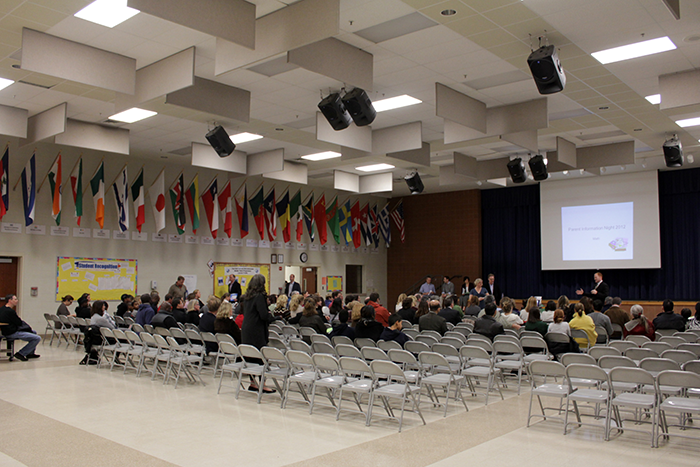 Yes, none of the parents showed up, and the OP honestly admits that it was with great difficulty that they refrained from sarcastically saying to the boss: “I told you so!..”

The boss realized her mistake immediately – which is, as people in the comments told, far from uncommon

The commenters, first of all, asked what kind of area this was where the OP worked, to which they answered that the district has around 8K square kilometers – which is about the same size as Puerto Rico. By the way, to the superintendent’s credit, as the OP told, she quickly realized her mistake and said, “Now I understand why you schedule meetings so early!” They ate some donuts, laughed and parted ways. 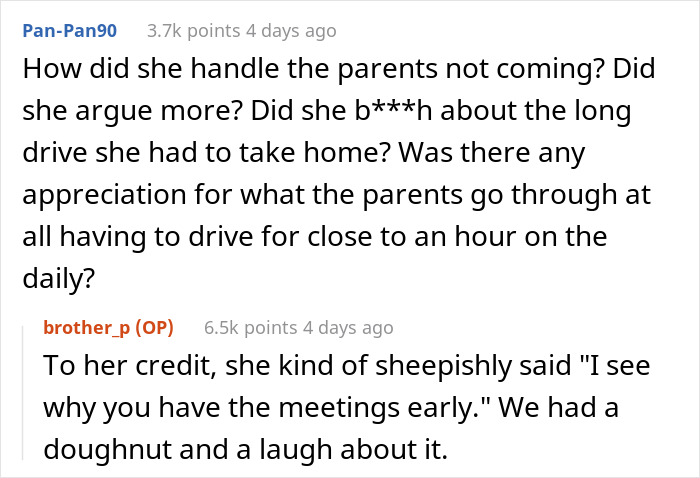 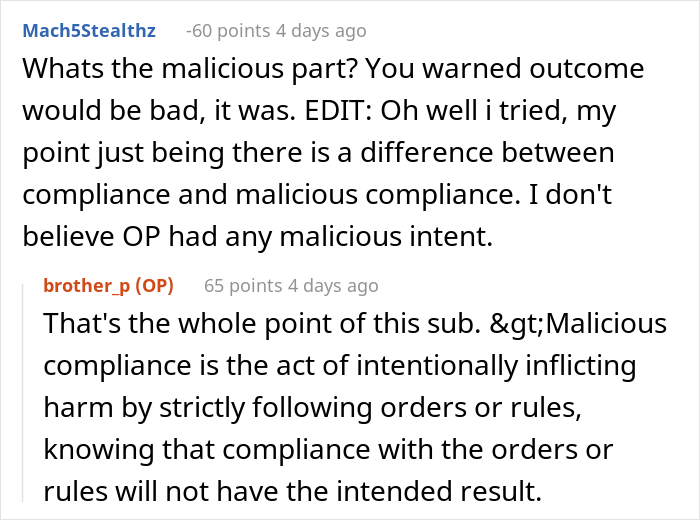 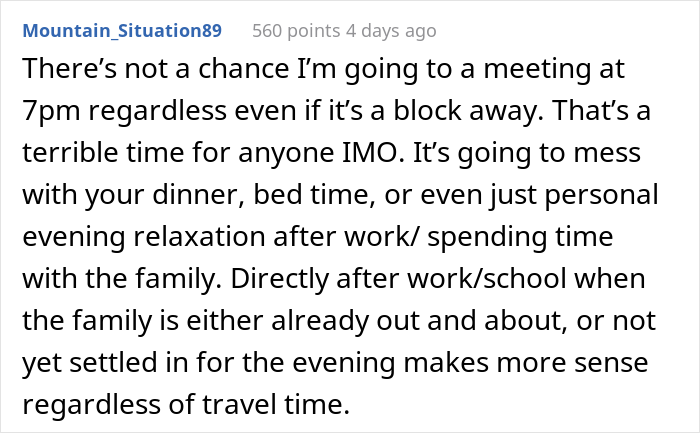 However, such a situation, when the boss realizes their own mistake, admittedly, is quite rare. Based on the comments on the original post, it is often just the opposite. Although, according to some commenters, parent meetings that only draw a couple of participants are far from uncommon.

We’re sure you have something to say right now, or maybe your own story is already waiting to be told. Then don’t hold back – just feel free to tell it!

The post New Boss Orders Countryside School Principal To Set Parents' Meeting At 7 PM, Finds Out No One Showed Up first appeared on Bored Panda.

Female Machinist Finds Out She Earns Less Than...