Los Angeles rapper Nipsey Hussle’s murder trial is ongoing these days and has made new progress. A key witness, a woman who drove the suspect Eric Holder to and from the shooting scene, testified on Monday. Her testimonies were then found to have discrepancies compared to the video recovered from the crime scene. 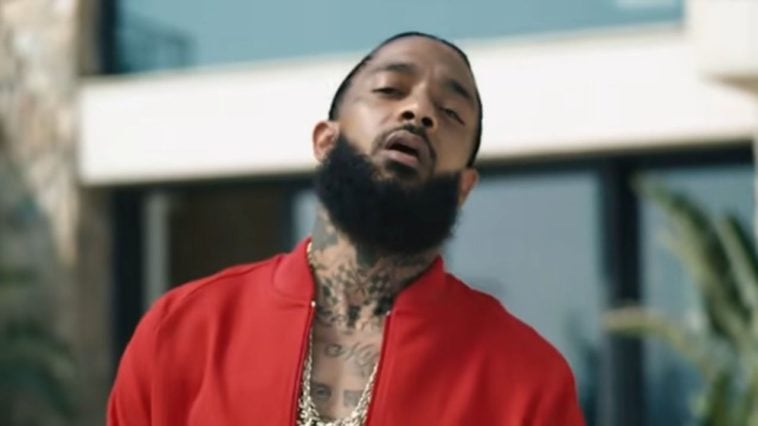 On Monday (June 20), Bryannita Nicholson, a key witness in Nipsey Hussle’s trial came to the court to testify. She recalled the details of the murder event and stated them in court.

According to this 35-year-old woman, Eric Holder, the suspect who was accused of murdering Nipsey Hussle, had a five-week casual relationship with her in 2019. She was unaware that Holder and Hussle knew each other before.

When Nicholson drove Holder into a South Los Angeles shopping center where Hussle’s Marathon store and Burger restaurant, the suspect got out of the car to find Hussle while Nicholson was parking.

Since Nicholson loved Hussle’s music and said to Holder that she wanted to take a picture with Hussle, she did not feel anything strange then.

“I just thought he was trying to beat me to go see him before I saw him,” Nicholson said.

She then joined the conversation and overheard them talking about snitching. Nicholson stated that Holder did not seem aggressive.

“Eric was asking Nipsey, ‘Did you tell somebody I snitched?’” Nicholson said.

This aligns with what the prosecutor said to the jurors, which he pointed out that this case is related to “snitching.”

Furthermore, Nicholson noted that Holder instructed her to pull into an alley and told her not to go anywhere.

Soon, she heard the gunshots, and Holder got into the car.

“Holder refused to talk as she drove him home to Long Beach on the day of the shooting,” Nicholson said.

What Is The Truth?

Regarding the testimony that the witness provided, Holder’s attorney, Deputy District Attorney Aaron Jansen, pointed out the discrepancies and the possible error in the testimony compared with the recovered video of the crime scene.

Instead of Holder getting out of her car and immediately rushing to Hussle as Nicholson said, the video showed that Holder walked to the nearby burger place calmly and then went to meet Hussle.

“That was inaccurate, right?” Jansen asked.

“I saw that in the video,” Nicholson replied.

“But you weren’t lying, you just made a mistake?” Jansen said a line that he used several times.

“I was parking at the time, so I really didn’t know,” she answered, “I kind of just thought that he went over there to him first, because I was talking about going over to him to get a picture.”

Similar interrogation is also on the color of a truck, which Holder put a bag of chili fries on at the shopping center. Nicholson said the wrong color.

“Well it had been three years ago, so I guess I got the colors mixed up,” Nicholson said. “I wasn’t lying.”

For all these errors, this woman did not admit that she was lying. Instead, she insistently said that it was the long-delayed trial—she could not remember everything correctly.

While the trial continues, there will be more witnesses to testify in the court.

This past weekend, the Marathon Collective, a licensed marijuana store in Los Angeles, opened its doors to the public. Loved ones of Nipsey Hussle held a ribbon-cutting ceremony to celebrate.

Black Sam and London both addressed the crowd before cutting the ribbon, telling the supporters, “The marathon continues,” as a rallying cry that was met with an eruptive round of applause. What to watch on Hulu: Everything coming and...

Amy Schumer Reveals Why She Let Go Of Her Doula...