Pat Riley Said Isiah Thomas Would Do Anything To Win: "He’d Cut Your Heart Out To Win, And He’d Put It Right There On The Floor In Front Of You And Step On It." 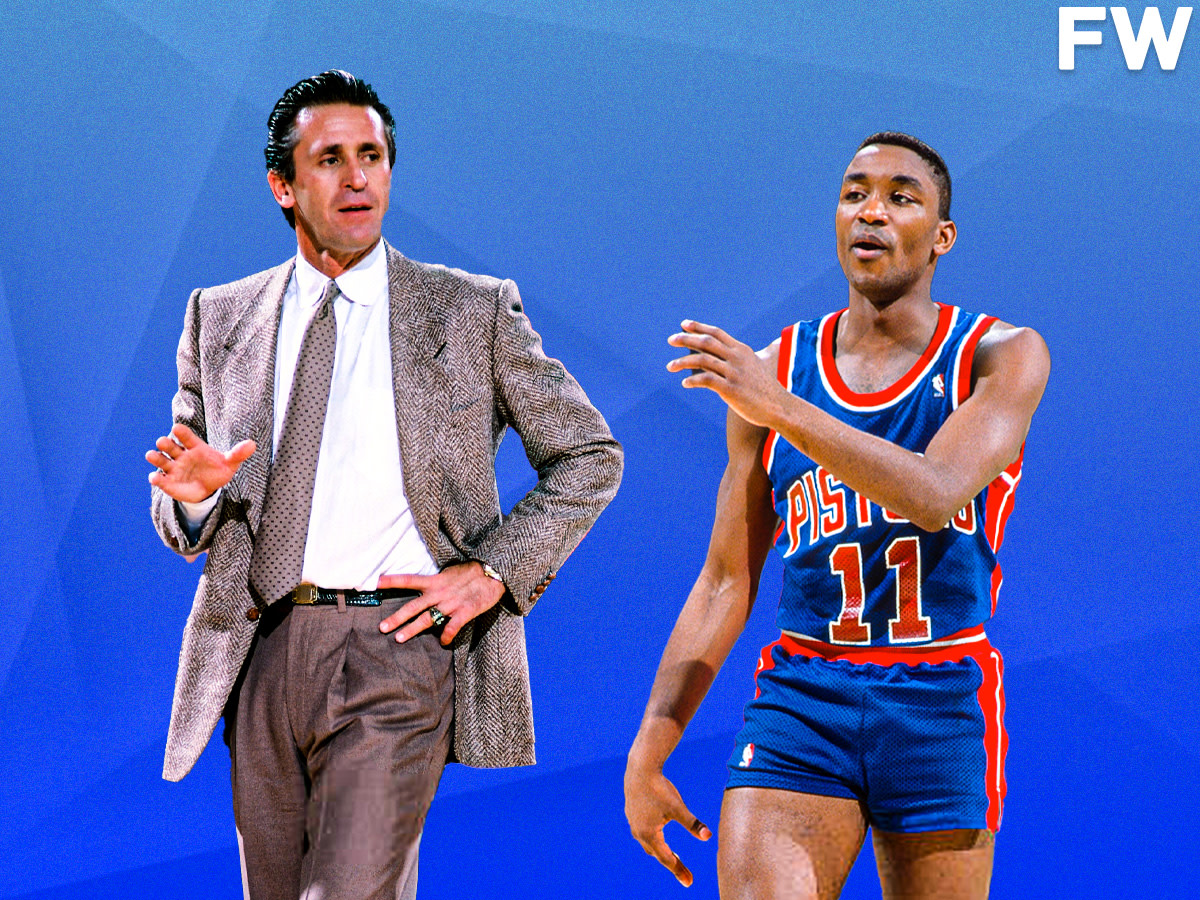 During the 1980s, the Los Angeles Lakers and the Detroit Pistons were both viewed as contenders. Magic Johnson and Isiah Thomas were notably both dominant point guards during that era.

However, the Detroit Pistons would bounce back in 1989. Under point guard Isiah Thomas' leadership, the defensive-minded Pistons managed to sweep the Los Angeles Lakers on the highest stage.

There's no question Isiah Thomas was the driving force behind the Detroit Pistons' success. He averaged 21.3 PPG, 2.5 RPG, and 7.3 APG during the 1989 NBA Finals, and there's no question that he'd do anything to win. In fact, Pat Riley once claimed that Isiah Thomas would "cut your heart out to win", and then "put it right there on the floor in front of you and step on it". James L. Edwards III of The Athletic relayed Thomas' words.

“He’d cut your heart out to win,” legendary coach Pat Riley once said of Thomas, “and he’d put it right there on the floor in front of you and step on it.”

While Isiah Thomas has been overlooked by many younger fans, there's no doubt that he was respected by legends of the game. In fact, Charles Barkley once claimed that Isiah Thomas was the best pure point guard ever.

“I felt bad for Isiah Thomas to be honest with you because I worked with him and I like him a lot. I thought some of the conversations were disrespectful to Isiah. Isiah and the Bad Boys are one of the best teams to ever do it.”

“I was mad last week how different news outlets tried to make Isiah be a bad guy. He made a mistake not shaking Michael Jordan’s hand, but after that, he should have been on the Dream Team.”

At the end of the day, Isiah Thomas is one of the best point guards to ever play the game. He faced off against some of the biggest teams/players of that era and managed to beat them. In fact, Isiah Thomas is the only person who can claim that he's beaten Michael Jordan, Larry Bird, and Magic Johnson in their primes.

The Bad Boy Pistons and Isiah Thomas have definitely not gotten a ton of attention as a former league powerhouse. However, their exploits are forever immortalized in NBA history, and there's no question Isiah Thomas is a legend.

riley isiah thomas would anything heart right there floor front
Read The Rest at
fadeawayworld.net