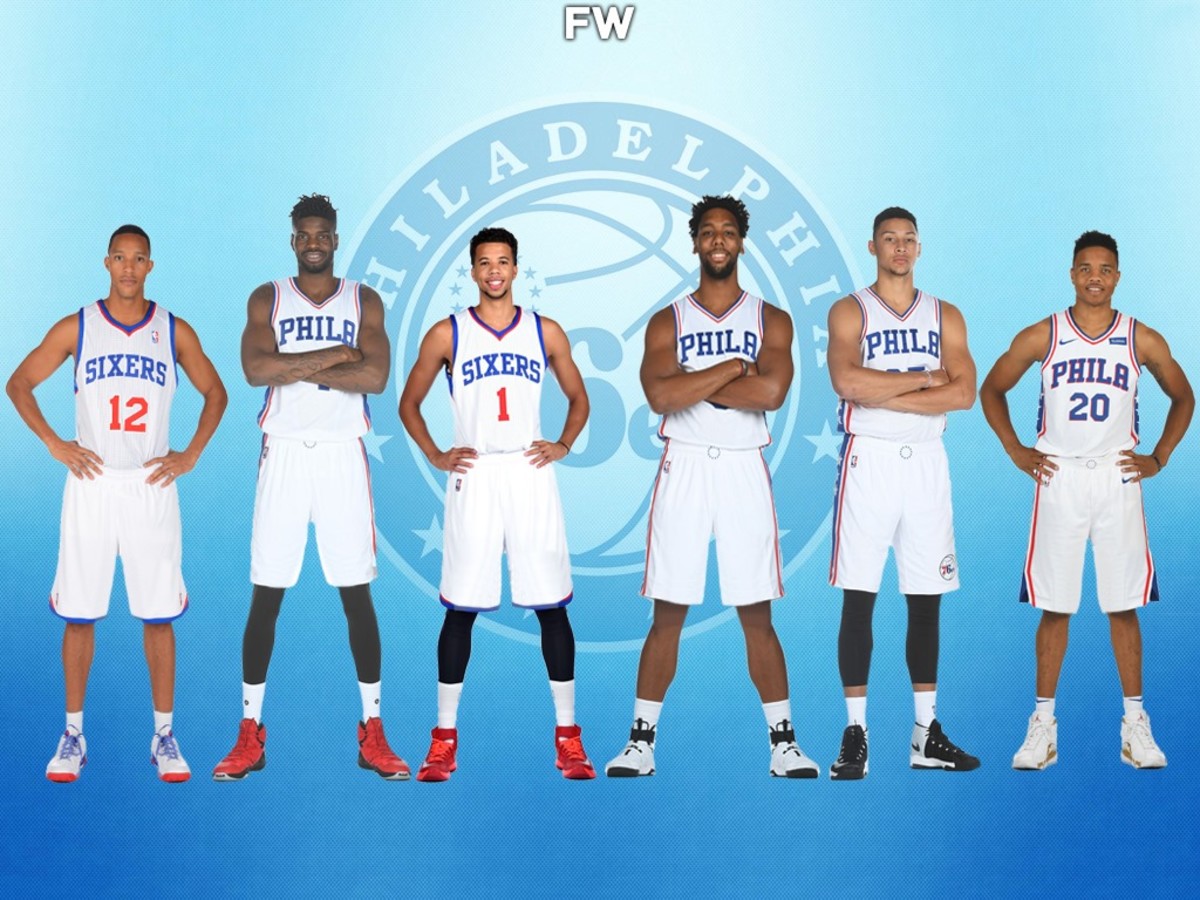 Let’s face it, the process didn’t work out. Despite the Philadelphia 76ers making the No. 1 seed in the Eastern Conference last year, their future looks murky after the announcement that Ben Simmons will not return to the team. With this announcement, Simmons is added to a long list of 76ers lottery picks that didn’t end well.

Since 2010, the 76ers have owned five picks in the top-10, including two No. 1 overall picks. Had the 76ers drafted correctly, maybe the team would have been rewarded with a championship by now? Instead, the team is hoping that they can get whatever return they can for Simmons to salvage a win-now window. 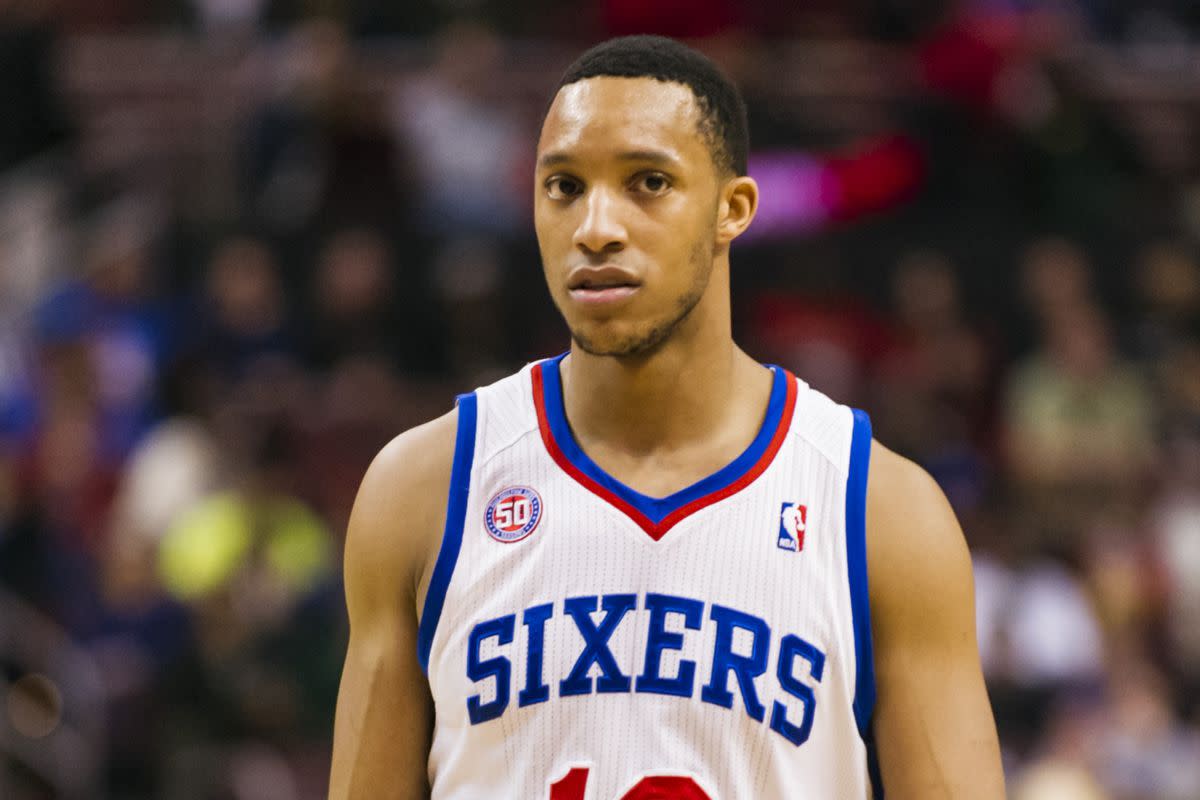 Coming out of college, Turner was the National College Player of the Year at Ohio State. Turner was seen as a small forward/guard combo that could bring immediate scoring to the team. Instead, his first two seasons saw him average just 7.2 and 9.4 points. Turner did average a career-high 17.4 points in his fourth season, but he never made an All-Star team. He was later traded to the Pacers that season before the deadline.

Turner was taken right after John Wall, but there were a few other options on the table. The team could have gone with DeMarcus Cousins, but the team had a center in Spencer Hawks. Instead, the team should have taken Gordon Hayward, who was everything Turner wasn’t. If not Hayward, Paul George was an option. Both were taken No. 9 and No. 10 in the draft. 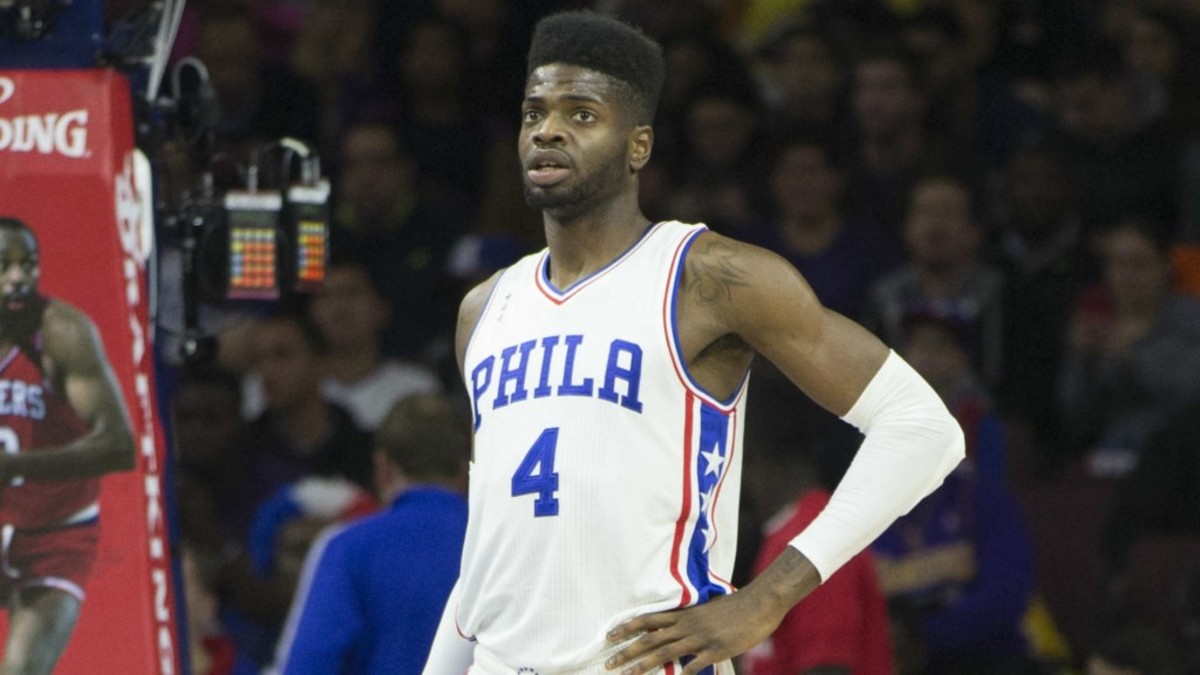 When Noel was drafted at No. 6, the cameras were always on him because he was viewed as a top-3 pick. Instead, he slid down to No. 6. Maybe, he should have slid just a little bit more. Noel’s first two years were successful, averaging 9.9 points and 8.1 rebounds his rookie year and 11.1 points and 8.1 rebounds the following season. However, he lasted just one more year before being traded to the Mavericks due to an overcrowded population at the center.

Granted, you can’t predict that Joel Embiid was available the next year. With that said, Giannis Antetokounmpo was available at No. 15. Imagine that duo of Giannis and Embiid. Would the 76ers truly have won a title if this had happened? 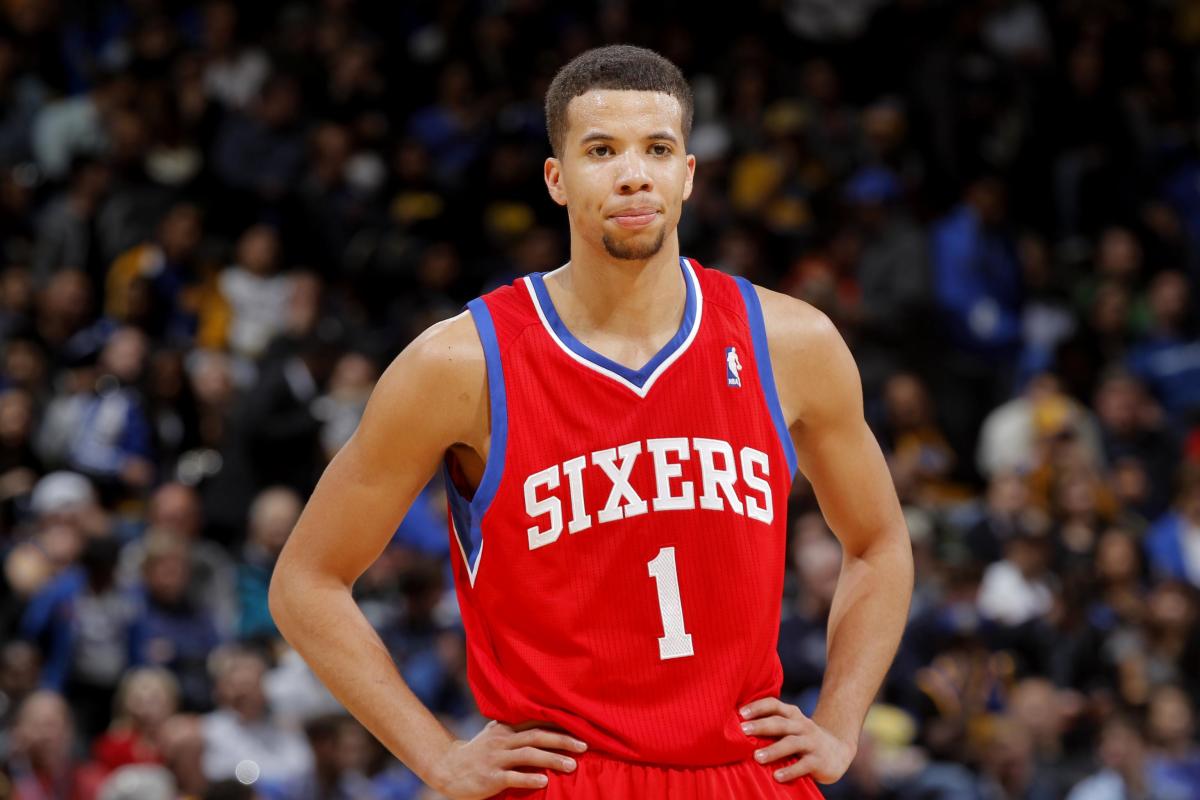 Dennis Schroder, Tim Hardway Jr., and Rudy Gobert are all better options than Carter-Williams at this point. The team really should have kept him for the third year and let him prove his worth. 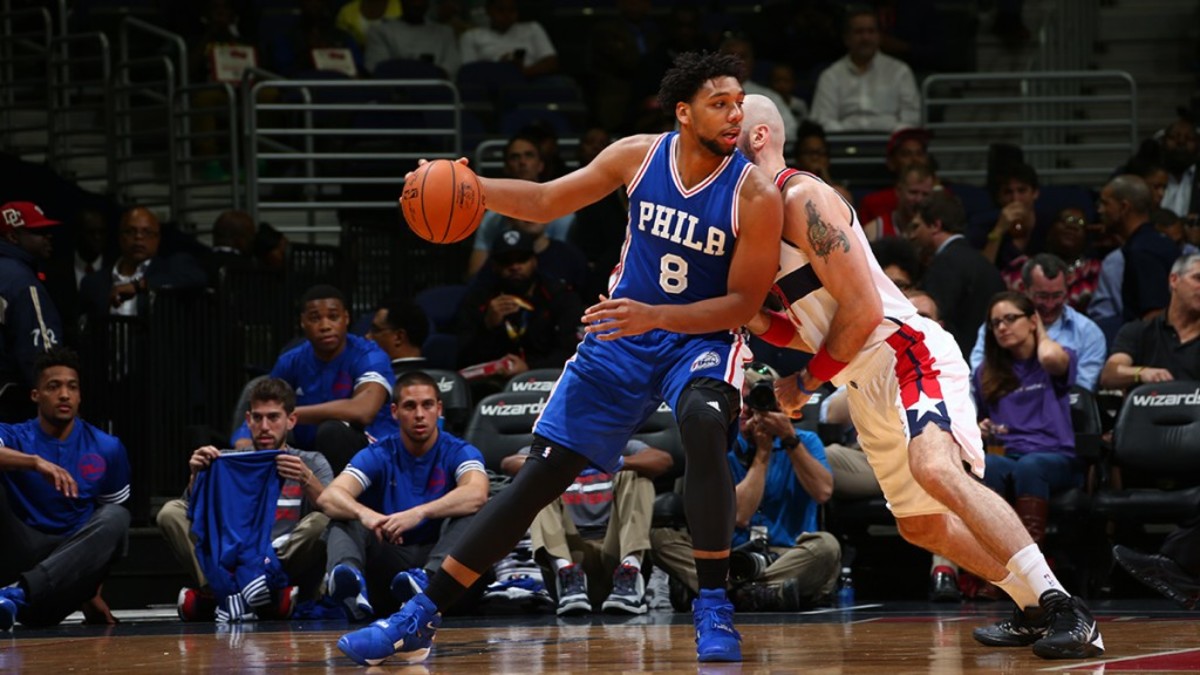 Okafor turned out to be one of the biggest busts in NBA history. This pick is still puzzling because the 76ers drafted Noel and Embiid the year prior. You would have thought the team needed a guard, but chose a big man for a third straight year. With Embiid nursing an injury, Okafor averaged 17.5 points and 7.0 rebounds. That ended up being his career-high and he was eventually traded to the Brooklyn Nets.

Kristaps Porzingis would have been the better choice and he was taken at No. 4 by the Knicks. Imagine the shooting Porzingis would have brought to the team. He would have fit alongside Embiid perfectly as long as the team drafted the right guard. Devin Booker is another option, especially the team’s lack of guard depth at the time. 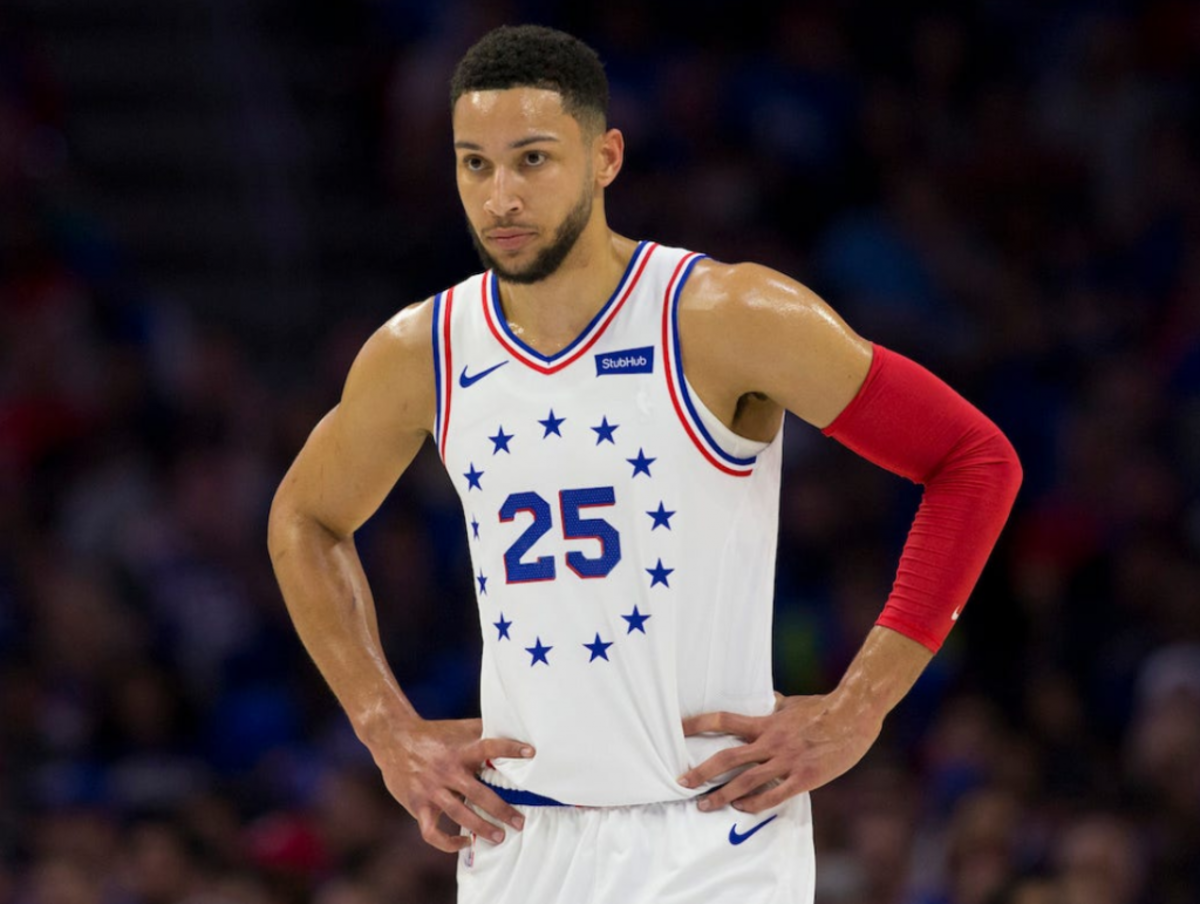 Simmons was the right choice at the time. While Brandon Ingram and Jaylon Brown are both worthy of being mentioned, Simmons is a three-time All-Star and a Defensive Player of the Year runner-up. Even though he was average offensively in the playoffs, as well as his career, you can’t deny that he was the right choice given the prospects at the time.

Five years later, Simmons has a terrible contract but is an All-Star player. What is going on is straight drama. While the reports suggest that Simmons will not report, we have seen this before and the relationship between player and management was repaired. It sounds like that is not close to happening, but realistically, who is going to take Simmons and the money owed to him when his offensive game is so limited? 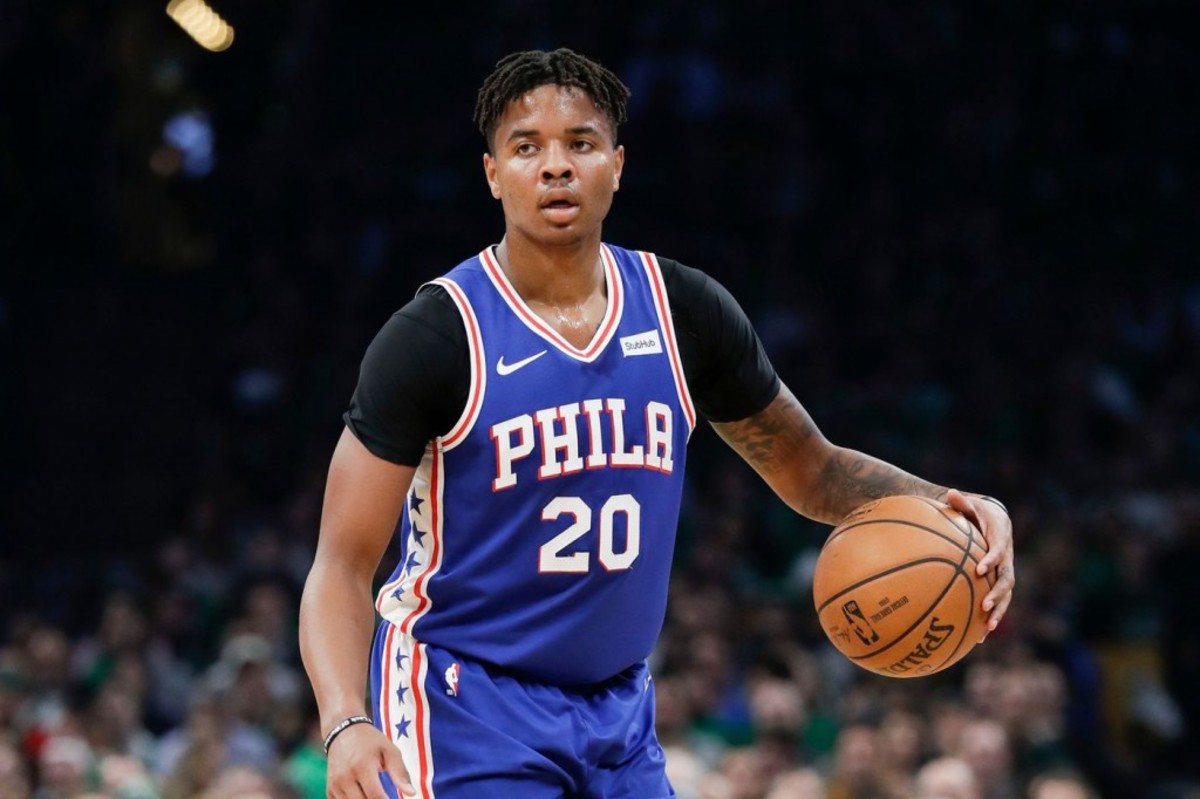 Had the 76ers gotten this right, we might be talking about Philadelphia hoisting a Larry O’Brien trophy. Donovan Mitchell and De’Aaron Fox are two names that come to mind, but easily the name that heads the list is Jayson Tatum. The combination of Simmons, Tatum, Tobias Harris, and Joel Embiid might have been enough to get the 76ers to the NBA Finals for the first time since 2001. That combination might have beaten the Raptors in 2019 and the Hawks this year.

Instead, the 76ers took a raw player that had an outlook like Russell Westbrook but was coming off a team that won just eight games. The 76ers completely screwed up this pick. Fultz was so bad that he played a combined 35 games in two years before being traded to the Magic for basically nothing. This draft changed the process completely. With Simmons potentially leaving, the team is in danger of losing two former No. 1 overall picks with just a second-round playoff appearance to show for.

Credit for the idea: Basketball Forever

Philadelphia Sixers 'The Process' Has Not Been Successful: Over A Decade Of Trouble And Mistakes

The Cavaliers Have Had The Most No. 1 Overall Draft Picks: LeBron James, Kyrie Irving Lead Incredible List 44 Not-So-Fun Facts That People In This Online...