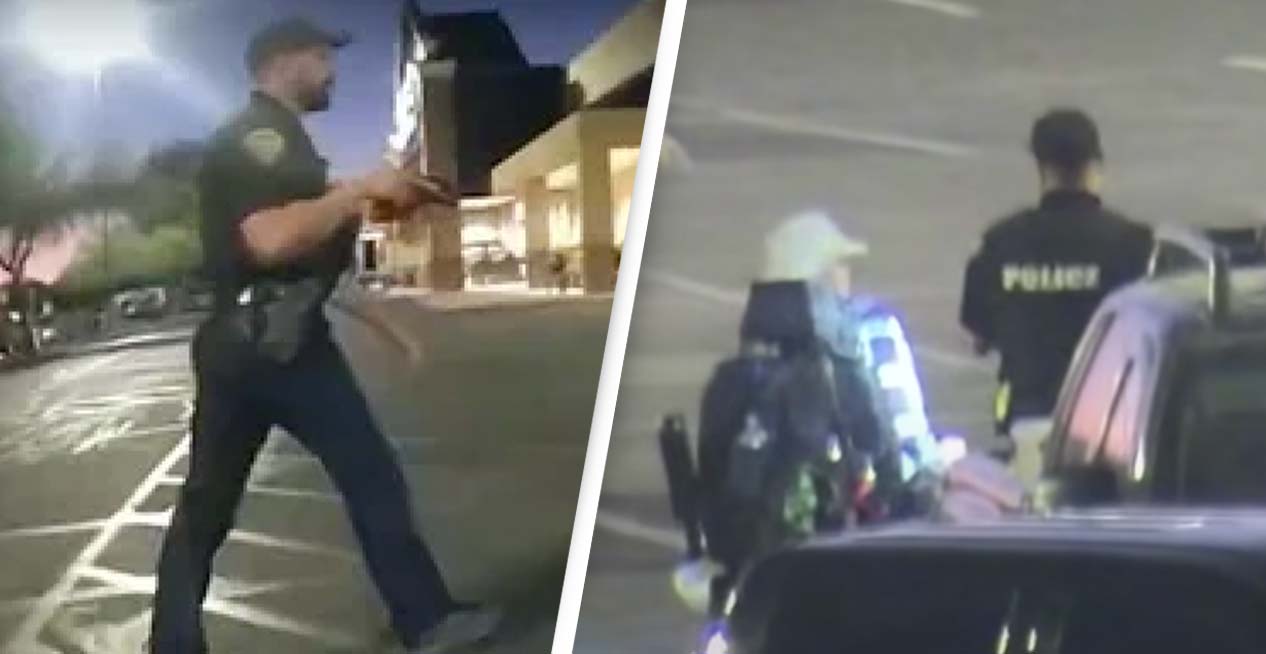 A police officer in Arizona has been fired after fatally shooting a man on a mobility scooter nine times.

Former Tuscon officer Ryan Remington had been off duty and working as a security guard at Walmart when 61-year-old Richard Lee Richards, who used a mobility scooter, was suspected of shoplifting from the store.

Surveillance footage from the shop showed Remington and another employee follow Richards across the car park after Richards was accused of stealing a toolbox on Monday, November 29. Remington reportedly asked Richards for a receipt, but Richards responded by brandishing a knife and continuing to make his way to another shop.

According to Walmart employee, cited by CBS News, Richards told Remington: ‘If you want me to put down the knife, you’re going to have to shoot me.’

Another officer arrived on the scene and Remington asked Richards to stop driving away, but when he refused the former officer opened fire and struck Richards nine times.

Bodycam footage presented by police at a press conference on Tuesday, November 30, reportedly shows Richards fall from his mobility scooter to the pavement. Remington was also seen using handcuffs on Richards right after the shooting.

The police union is not the most objective arbiter in this matter. The video speaks for itself.

As I mentioned yesterday, I ask our community to remain calm and be patient as investigations ensue.https://t.co/eFme55ZczR

Magnus condemned Remington’s decision to open fire, saying his deadly use of force was a ‘clear violation of department policy and directly contradicts multiple aspects of our use of force and training’.

He also said he was ‘deeply troubled’ by the actions of the officer, who had been with the department for four years when the shooting took place.

Tucson Mayor Regina Romero described the shooting as ‘unconscionable and indefensible’ in a statement, adding: ‘It is moments like this that test our resolve to ensure justice and accountability.’

“Once we receive the evidence in this incident, we will conduct such a review. Until such time, we will not comment further on this matter.”

Remington’s attorney, Mike Storie, has claimed the surveillance footage from the scene was ‘cut and pasted’ to only show ‘about 20% of what actually happened’.

Storie told CBS News that Remington’s close proximity to Richards meant he could not safely deploy his taster. The case is now under investigation by the Pima County Attorney’s Office, with criminal charges pending.

In a statement on Twitter, Pima County Attorney Laura Conover said the agency ‘holds sacred the impartial review of the facts of every incident referred to us’, and that the office would not comment further until the review is complete.