It’s no secret we STAN Quinta Brunson over here! So we were over the moon to see Quinta is the cover star of Cosmopolitan’s final issue of the year, the Party Issue. 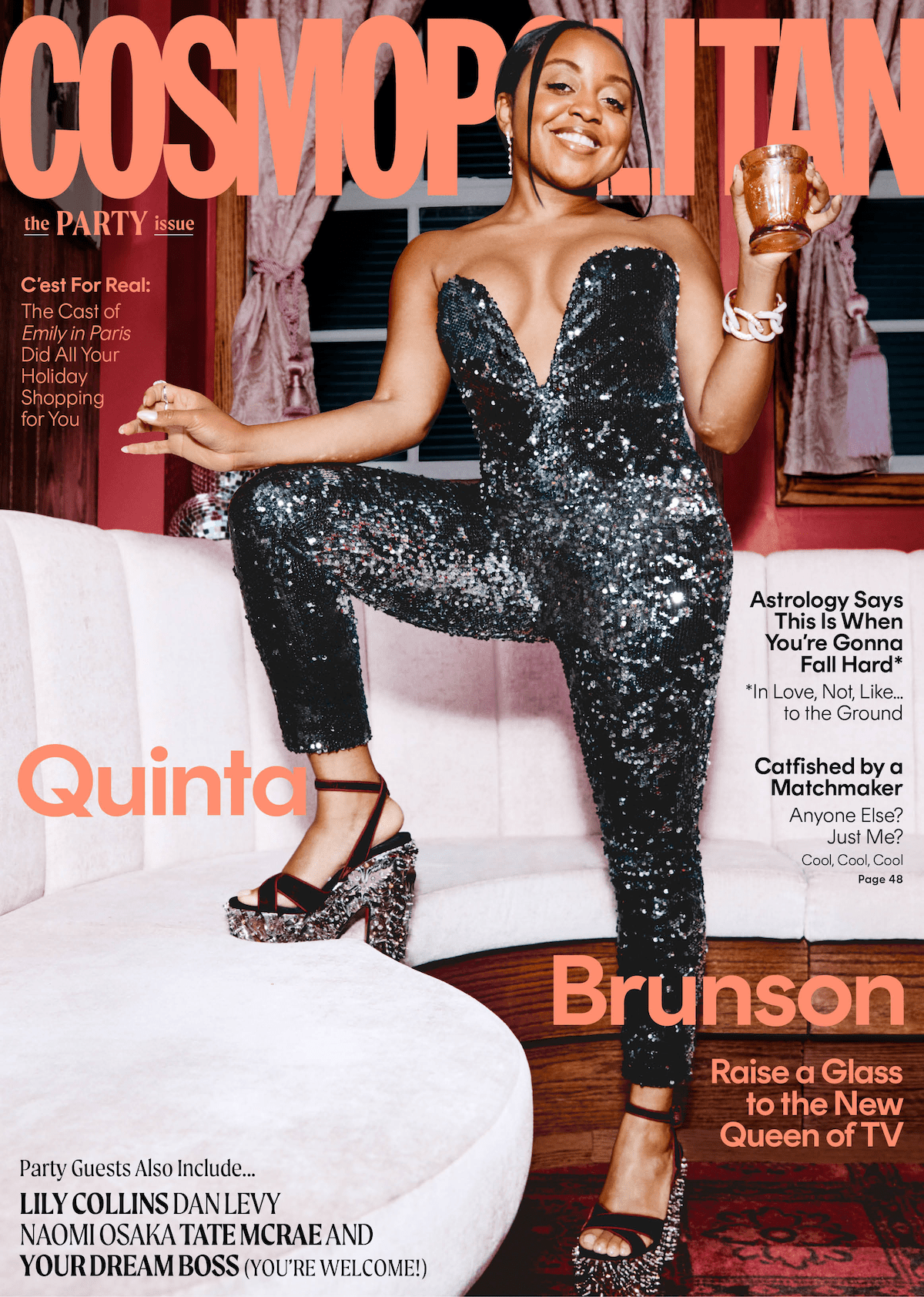 Inside the Cosmopolitan issue, the 32-year-old opens up about what it takes to succeed in television, why her team calls her the best boss ever, and the surprising icon she says she studies for subtle character traits for her Abbott Elementary role as Janine.

On how deeply Abbott Elementary resonates across all different audiences:

“I can feel a chord that’s connected to everybody else, where I can feel what people would like to see right now or what would make people feel better. I think that’s why Abbott hits the way that it does. Even if we’re telling a really specific joke about Jill Scott or Lil Uzi Vert, there’s a way to craft it so that it will still make a white grandma in Wichita laugh, even if she doesn’t know the reference.”

We love that she chose two Philly artists as her examples! Also — she’s absolutely right that there’s something about the show that let’s EVERYBODY in. She deserves all the accolades for this brilliant creation.

“I think about Marilyn Monroe often. She does not get enough credit for her comedic timing. I study her a lot for my character Janine’s subtleties. Certain ways to move the eyebrows and mouth and to be a person that’s holding in so much more than they’re giving off because they’re actually quite in control of the situation.”

Who KNEW?! Did you have ANY idea that she was mining Marilyn Monroe for Janine character inspo? We sure didn’t.

On how her team would describe her as a boss:

“I wanna make sure that everyone is taken care of, that we’re not working everyone to death. It’s tiring work. Everyone’s waking up really early, the cast, the entire production crew. We’re very fortunate to have pretty good hours because mockumentaries just shoot faster. But still, I like to check in. I just wanna make sure people feel supported, taken care of, heard. I wanna have an open relationship with the cast, and that requires communication and patience. It’s not easy. My writing and production staff often tell me how I’m a very good boss and one of the best ones they’ve had. But I still…I don’t know.”

We absolutely love this for her. Being a boss is so hard and being a good one is even harder. The positive leadership she’s shown at such a young age is incredible. Give her her flowers and give them to her NOW. 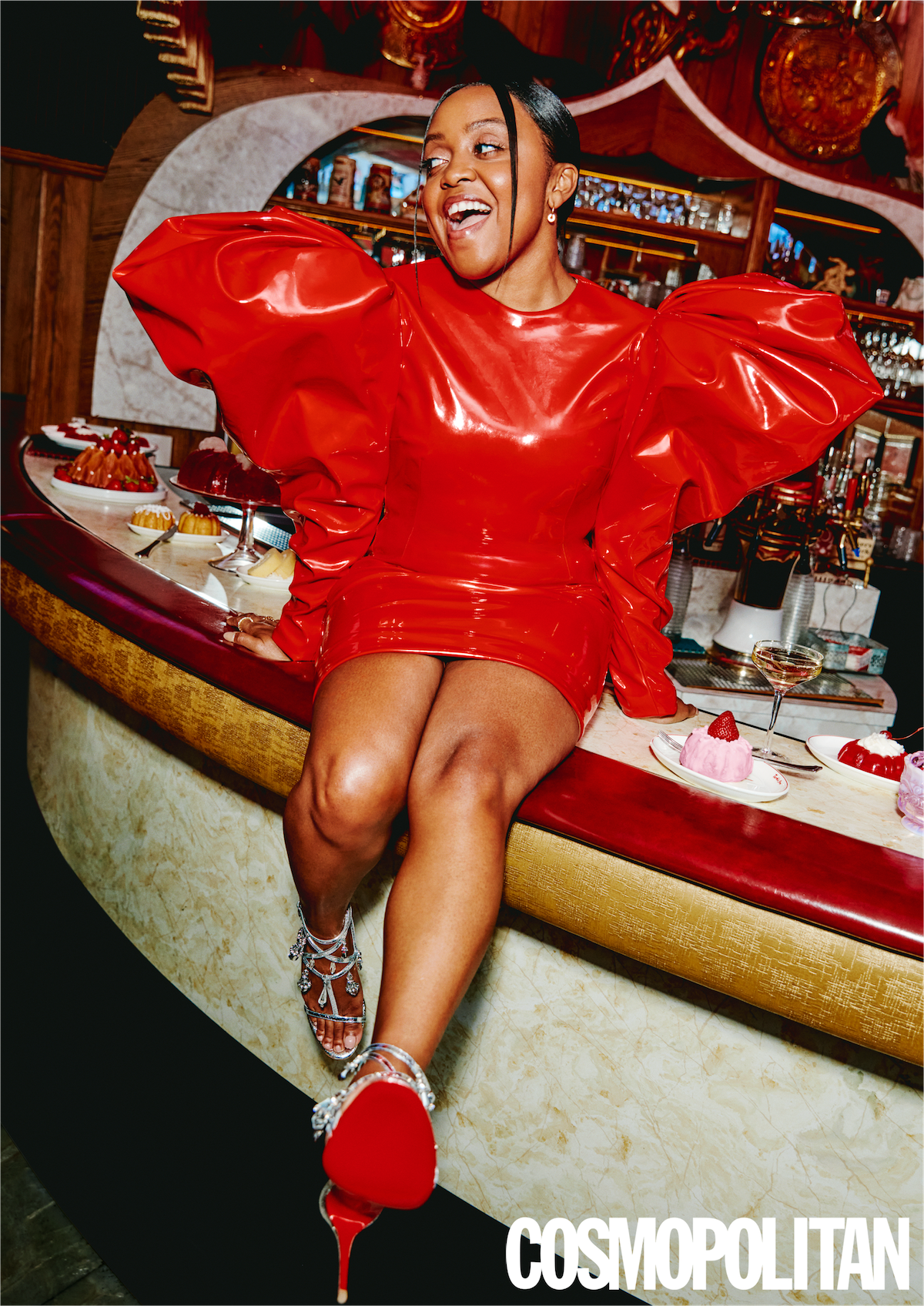 On telling costar Sheryl Lee Ralph’s son that she was gonna get her an Emmy, and whether she has any more manifestations up her sleeve:

“I did say that, and I meant it. But it was more like, I’m gonna give her material that will be Emmy-worthy, and I feel that way about my whole cast. I’m gonna continue to give them compelling material that makes people see their skills and see what I see in them. I want them to have the world at their fingertips. My writers too. That requires continuing to make a really good show. So that’s where my focus is.”

Listen, we let’s not sleep on the power of manifestation. Quinta had a vision and she saw it through.

“I got one just to have it in case I ever need to post Abbott stuff on there. As for other stuff, I was like, Ah, I could learn…mmm…no. I have no interest whatsoever. Even if I wanted to make a TikTok, I feel like there’s a high expectation and I’m like, Nope, not seeking any validation of any sort. So many people are doing incredible things on TikTok, like Tabitha Brown. But I’ve had my fill of creating content for the internet with the intention of making something that people would enjoy and that would go viral. I don’t really tweet my thoughts anymore. I just feel like I’ve moved to a different process of communicating with the world. Now I just wanna do nothing on the internet.

This is pure comedy to us. Quinta is like — over the internet and can you even blame her? There’s so much pressure to produce social media content but television content is what pays the bills for Quinta AND keeps us entertained so we’re all for her being true to herself.

On the trouble with making extremely difficult and wonderful acts look so natural:

“I think about that quite often. How do I try to word this without sounding like an *sshole? I don’t think that Abbott is easy to do. Similarly, I don’t think Insecure was easy to do. I don’t think anybody can do that. That was unique to Issa and her version of storytelling. It’s just funny because often with men, it’s like, ‘Whoa, they’re revolutionary!’”

On connecting with Issa Rae:

“Issa and I chat. The last time we talked, four hours passed before we knew it. I just felt lighter. It’s like, Okay, someone understands these specific Black things that you go through as a woman running and producing a show, as someone who feels so connected to your stories. It’s hard because as Black woman creators, we still feel the responsibility of representation. But as artists, you want the freedom sometimes to not have to deal with that.”

We’re glad that Issa and Quinta have a great relationship and that Quinta has Issa to lean on because this level of success has to be STRESSFUL. We’re grateful both ladies have been able to accomplish so much and still exhibit incredible senses of humor. 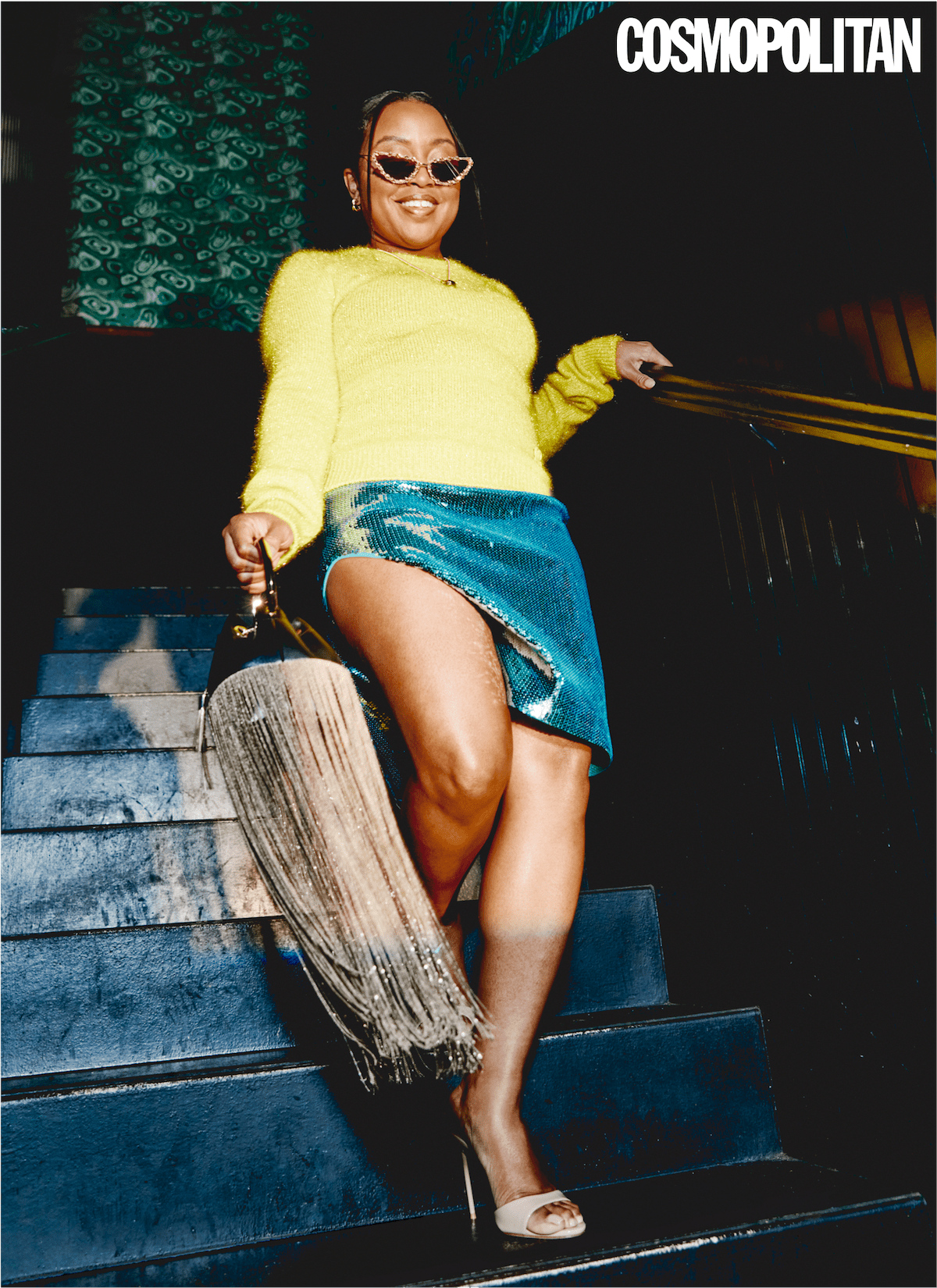 Speaking of which… Quinta also spoke about her love of silliness as well as her silly love. You’ll see what we mean with the quotes below.

On yearning for straight-up silliness:

“I’m not even capable of the silly I would like to see in the world. I’m a little bit more serious than I let on. The Weird movie is a good step in the right direction. I hope it inspires somebody else to get even sillier. I feel the same way about that as I do about dancing. The kids need to be reminded of pure silliness. There’s such freedom in it.”

“My husband is silly. I just laugh and laugh. That’s part of why I married him. His silly is so surprising to me, and I’m very rarely surprised.”

We feel like we never see or hear much about Quinta’s hubby — it’s nice to read her talking about him a little bit.

Before you go, make sure to watch Quinta’s Cosmo cover video “Expensive Taste Test” below to see how she does when Cosmo put her to the test on blasts from the past, including fruit roll-ups, slap bracelets, and chocolate milk.