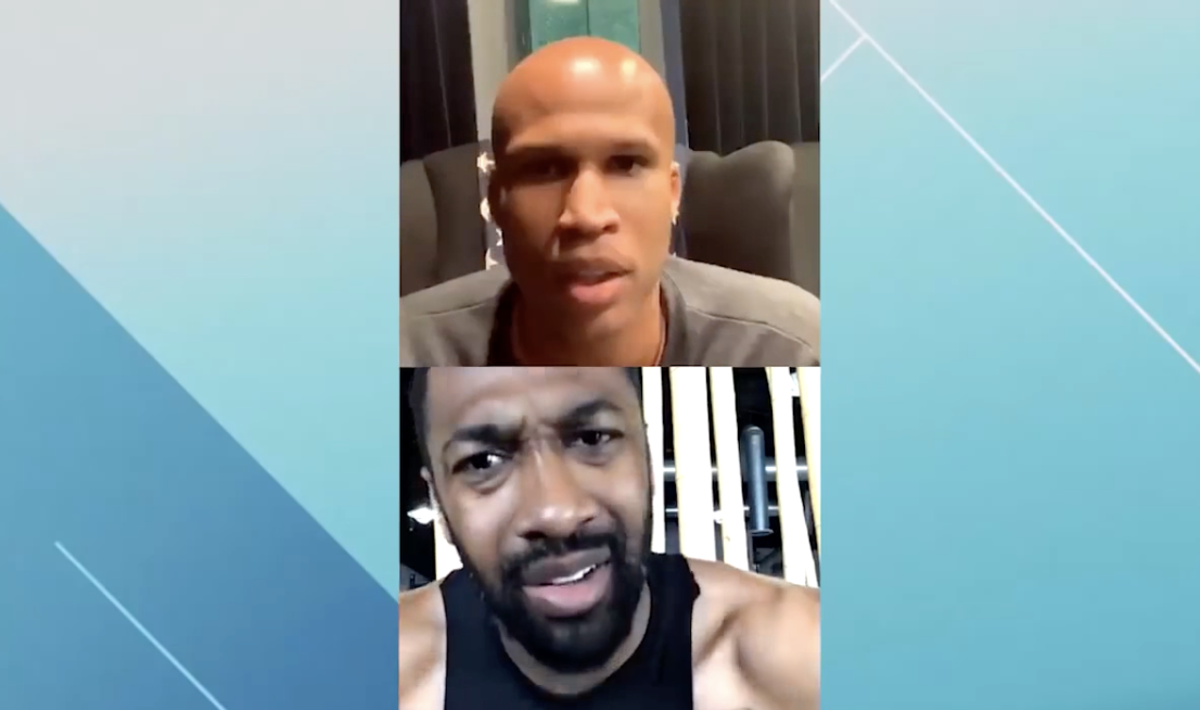 On the court, Richard Jefferson spent most of his career fading into the background. After his tenure with the Nets, he traveled around the league where he played all kinds of different roles, eventually settling into Cleveland, where he served as a veteran shooter off the bench during Cleveland's 2016 Championship run.

Now that he's done with his playing days, he spends his time as an analyst and media member.

Besides being featured on shows all over the ESPN network, he appears on different podcasts to talk basketball, life, and all sorts of other topics.

Well, over the past few years, the community has really embraced seeing this new side of RJ, as it turns out he's a pretty funny guy.

The other day, he posted a hilarious TikTok taking a shot at Kendrick Perkins.

One of his most famous clips, though, is one segment on the "No Chill" podcast, where he hilariously roasts Gilbert Arenas. Check it out:

RJ: "That wasn't too hard against your Wizards teams."

Gilbert Arenas was, undeniably, a star back in the day. In his prime, the guy was averaging close to 30 points per game as the main man in D.C.

His team, though, was never really much good. From 2004-2008 (the stretch Arenas was talking about specifically here), the Wizards only reached the 45-win mark once, and they got bounced in the second round of the playoffs.

So, unfortunately for Arenas, Jefferson's joke wasn't just funny, it was also kind of accurate. Looks like RJ really got the win that time...

Rekindle your love for creative writing with...

Kareem Abdul-Jabbar Speaks Out Against...