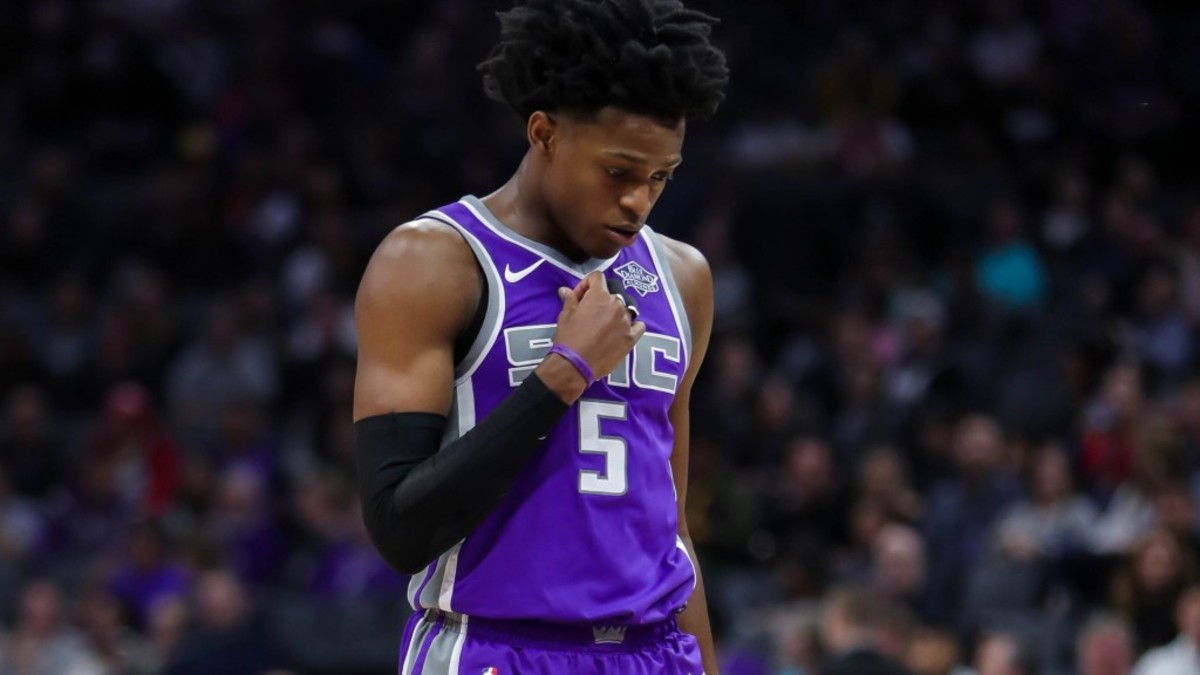 The Sacramento Kings aren't exactly known for their being successful. Over the past few years, they've struggled to make a name for themselves in the West, often making headlines for locker room drama instead of their play on the court.

Still, they have something to work with.

They picked up De'Aaron Fox in the 2017 draft, and he's been the face of the team ever since.

So when Fox was placed sixth on Bleacher Report's 2017 re-draft, the Kings were quick to take his defense, trolling the re-draft in a rather entertaining Tweet.

It's no surprise at all to see the Kings stick up for their guy, and a case can definitely be made that Fox belongs higher on that list.

In the replies, though, fans were split.

Our re-draft, which was published in 2019, features Lonzo Ball at third, underneath Donovan Mitchell and Jayson Tatum.

The fact is, it can be easy to overlook a guy like Fox, who plays in a small market and who has not yet been featured on an All-Star team. But De'Aaron definitely deserves some recognition.

The young star is, perhaps, the only thing keeping the Kings relevant at the moment. After averaging 25.2 points, 7.2 assists, and 3.5 rebounds per game on 47.7% shooting last season, he's on the verge of becoming an All-Star, which could bode well for Sacramento's recruiting efforts going forward.

Doubts and speculation have crept in about Fox's future with the franchise, but it does appear that he'll stay in town long-term.

But a league source said Fox is content in Sacramento. And having a player who wants to stay may be too valuable for a small-market team like the Kings.

Going forward, it's hard to say what the future looks like for Fox and the Kings. But, for now, they're going to continue to support each other as they aim to take a step up in the West.

Karl-Anthony Towns Goes Off On Anti-Vaxxers:... Man With Knife Reportedly Arrested Outside...