Samsung wants you to spend over $1,000 on a smartphone made of plastic 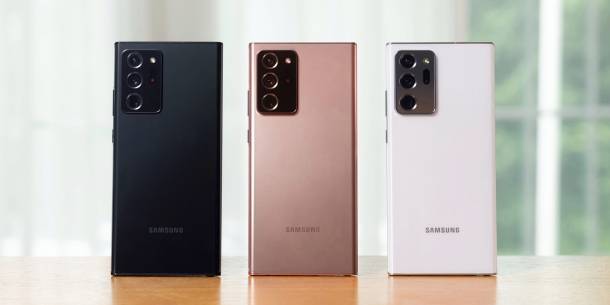 Wildfires weren’t done ravaging Australia when the US government killed a top Iranian military leader in early January just as news of an unknown infectious disease in China started making waves. 2020 was off to a horrible start. And the more time passed, the more fuel was added to the 2020 fire. The cancelation of life as we know it? 2020. Lockdowns and fear of imminent death? 2020 strikes again. A president who ignores the worst modern plague and boasts about taking unproven cures? 2020. Police brutality protestors met with even more brutality? More 2020. Bubonic plague? 2020. New ebola outbreaks? 2020. Grimes and Elon’s bizarre baby name? 2020. Anti-maskers? 1918, but also 2020. Massive, terrifying explosion in Beirut? 2020.

With all that in mind, Samsung could not have been more on point with its Galaxy Note 20 announcement. The Galaxy Note 20 will feel so much cheaper in your hand than its $999 price tag because it’s made of plastic. That’s right, plastic. Is it 2014 again? Nope, it’s just 2020.

When a leak said the Note 20 would have much worse specs than the Note 20 Ultra a few weeks ago, I thought that the regular new Note would be a lot more affordable because of all the trade-offs. “More concerning is a claim that the Note 20’s rear panel is made of plastic rather than glass, as is the case for the Ultra and all other Samsung flagships,” I wrote at the time.

Samsung on Wednesday announced the Galaxy Note 20 will indeed have a polycarbonate rear panel, which is easily the worst thing about the phone. There’s no way Samsung marketing talk can make plastic sound good for a phone that costs $more than $1,000 after taxes. It took years for Samsung to stop defending its use of plastic and finally move to premium materials in its phones, and fans can’t be too pleased by this reversal now that a smartphone costs as much as a mortgage payment.

The company talked about its renewed love of plastic during the event, but the words “reinforced polycarbonate” do not show up in the press release. Maybe plastic comes up on the new Note 20 presentation pages on Samsung’s website? Nope. It sure doesn’t seem like Samsung is too proud of its new plastic phone.

The following quote comes from Samsung’s Galaxy S5 marketing push in April 2014, but it could very well apply to the current Galaxy Note 20:

“Our major aims were usability, friendliness and a more humanistic design,” Samsung Product Designer Dong Hun Kim said. “We wanted something with a pleasing feel … and better grip. If we used metal, [we felt] the designs felt heavy and cold. But with plastic, the texture is warmer. We believe users will find [the device] both warmer and friendlier. This material was also the best at visually expressing volume, better at symbolizing our design concepts.”

Samsung was using plastic on its tablets at the time as well, sometimes with unexpected consequences.

Smartphone design and manufacturing have advanced dramatically since the plastic era, and there’s no reason to return to it. And Samsung proved in the past six years that it could deliver its own signature design on flagship devices that includes high-end materials and excellent build quality. It’s one thing to use plastic on a cheap phone, but quite another to do it with a flagship. Just a few days ago, we told you how the OnePlus Nord has a nasty secret, and that’s a plastic frame that’s prone to bending. But that’s a handset that sells for around $450, not more than $1,000.

Samsung is free to charge anything it wants for its products, no matter what they might be made of, and the same goes for any company. But imagine Apple trying to peddle a $1,000 iPhone made of plastic after years of making phones out of metal or glass. Imagine the outrage.

2020 strikes again, but this time around you can do something about it: Skip the Galaxy Note 20.

Thigh Chafing Is Hell — Here's How To Deal With...