School Locks Leopard In Classroom After It Breaks In And Attacks Student, Video Shows 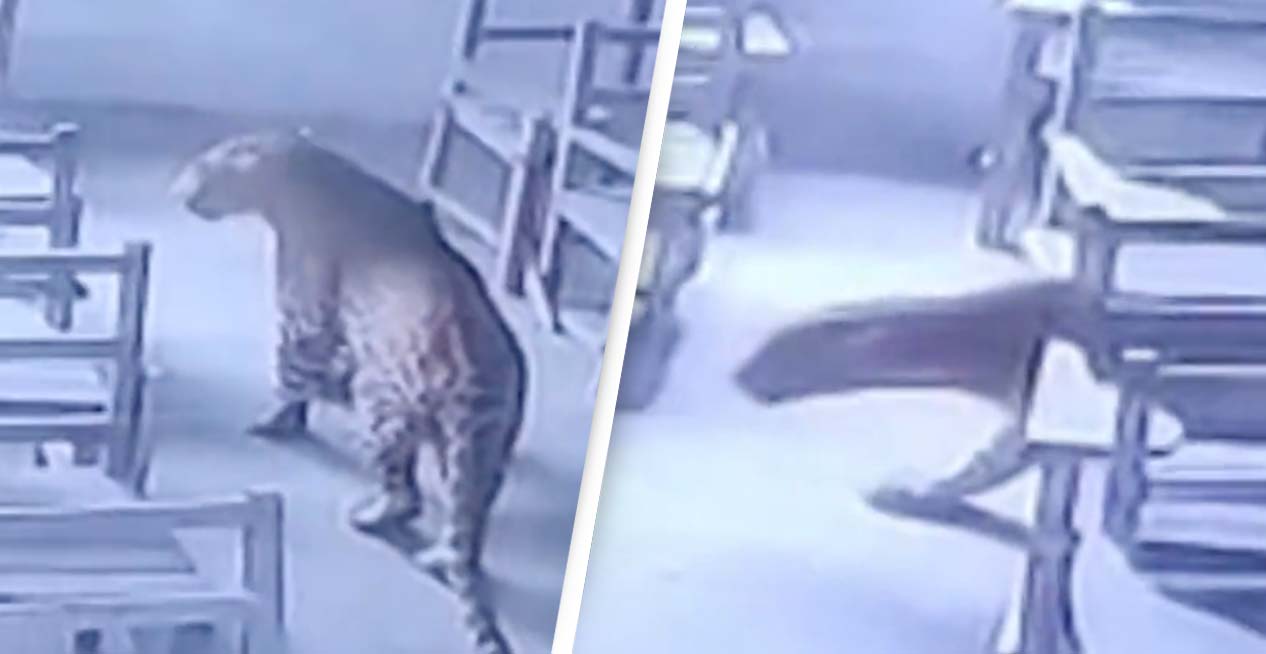 People at a school in India were forced to detain a leopard in one of the classrooms after it broke in and attacked a student.

Approximately 50 students had been waiting to attend their morning assembly when the big cat was found inside Chaudhary Nihal Singh Inter College in Aligarh, India, on Wednesday, December 1.

Fifteen-year-old Lakhiraj Singh, who was among those at the school, spotted the leopard when he tried to enter the classroom at 8.30am.

#ViralVideo: In a video that has gone viral, a leopard strayed into a classroom in a school in #Aligarh and attacked a 10-year-old boy.#Watch the full video here.#LeopardAttack pic.twitter.com/7YfGENkHdl

Speaking to NDTV about the incident, per The Independent, Singh explained that he ‘turned away’ after seeing the leopard, but the moment he did so the animal ‘attacked’. The leopard bit him on both the arm and back, prompting him to cry out for help.

The student’s cries alerted teachers and other students to the situation, at which point the leopard ran into another classroom. Staff immediately sent all students home and closed the building gates in a bid to contain the leopard, which can be seen in CCTV footage prowling between chairs and desks.

Yogesh Yadav, the principal of Chaudhary Nihal Singh Inter College, told reporters the leopard was being held ‘in college in room number 10’.

Addressing the media on Wednesday, he continued: ‘The forest authorities have been informed. The local police station has been told as well. We have been monitoring the animal through CCTV.’

Forest officials reached the school around 10.00am, with Aligarh district forest official Diwakar Kumar Vashisht explaining that all escape routes for the leopard had been sealed. 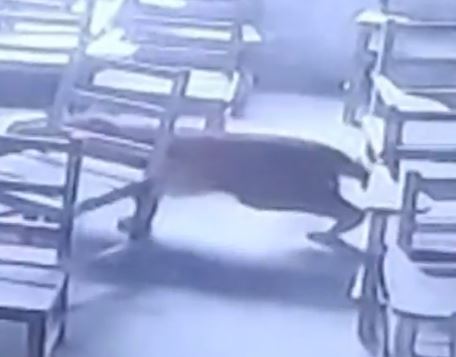 The leopard must have sought shelter inside the college at night and was first sighted near the staircase. On hearing about the incident, our team rushed to the location and immediately evacuated the students and staff, and cordoned off the area with safety nets.

With the help of five team members from NGO Wildlife SOS, the leopard was finally rescued after an operation that lasted more than nine hours and involved a trap cage and protective gear.

According to the India Times, Wildlife SOS veterinary doctor Dr Rahul Prasad managed to immobilise the leopard using a sedative injection administered through a window. Once sedated, the leopard was shifted into a trap cage and later released in the Shivalika forest division in Saharanpur.

Dharmendra Sharma, District Inspector of Schools, acknowledged that a student had been hurt in the incident but assured he was ‘rushed to a hospital and is now completely healthy’.

Authorities have said they do not know where the big cat may have come from, though Vashisht said it was possible it could have travelled as far as 20km from Sankra Ganga Ghat, an area around the lower banks of the river Ganga. Use AI to weather the upcoming data deprecation...