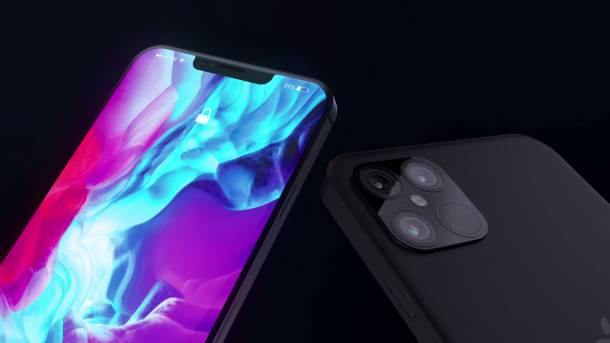 Apple fans undoubtedly had a feeling the iPhone 12 series was going to be delayed, but it was still something of a surprise to hear Apple executives confirm as much on the company’s recent earnings call. iPhone releases have been delayed before, after all, but the company hasn’t confirmed an iPhone delay ahead of time since way back in 2010 when the company confirmed that the white iPhone 4 model was delayed due to manufacturing issues. This time around, the delay also has to do with development and manufacturing, but it’s not a build issue like it was with the iPhone 4. This time around, we have a global pandemic to thank for the new iPhone’s late launch.

While we still don’t have an idea of when in October Apple plans to release its new iPhone 12 and iPhone 12 Pro models, there’s plenty of information that we do know. In fact, there’s a very good chance at this point that we know just about everything there is to know about the devices themselves. And now, we can take another look at what is believed to be a very close approximation to Apple’s final iPhone 12 Pro design thanks to a new video that was recently posted on YouTube.

Thanks to a series of leaks that began in December of last year from TF International Securities analyst Ming-Chi Kuo, we know plenty about Apple’s upcoming new iPhone models. Kuo is the most accurate Apple leaker of all time, and he gives the world early information about nearly every major new product Apple releases.

As far as the iPhone 12’s design is concerned, Kuo had plenty to say in that department, too. He said the new models will sport notched displays with the same general look as the iPhone 11 series on the front, but the edges would be flat metal like the old iPhone 4 and 5 series instead of rounded metal like all of Apple’s flagship iPhones since 2014. From the sound of it, the new iPhone 12 will look something like a miniaturized iPad Pro. Of course, we don’t have to be content with just imagining what the device might look like.

Plenty of graphic designers have created images and videos that try to visualize Apple’s new iPhone 12 and iPhone 12 Pro designs. Now, the latest one comes from MotionFox, which created an iPhone 12 Pro mockup video that was posted to the YouTube channel ConceptsiPhone. It likely won’t end up being a perfect representation of Apple’s upcoming new iPhone models — the rear camera lenses other than the LIDAR sensor are expected to look more like the lenses on the iPhone 11 and iPhone 11 Pro, for example — but it appears to be quite close and it’s stunning. Check it out in the video below.