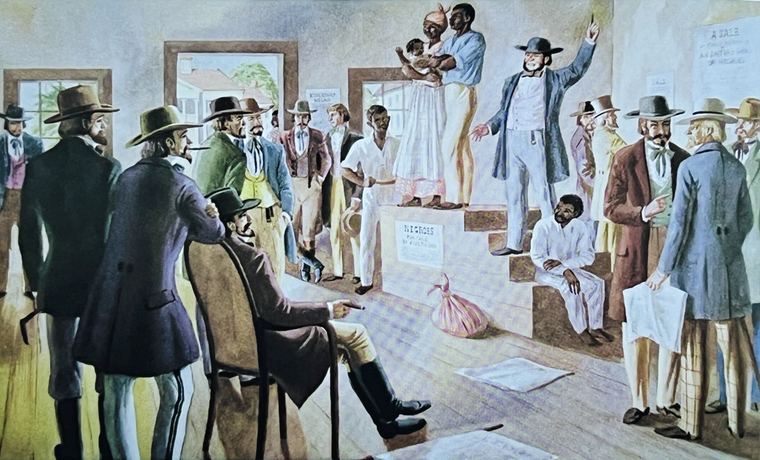 It’s one thing to be insufferably stupid, another to be racist, and yet another to combine both.

River Valley High School in Yuba City, California has forfeited the rest of its football season after the football reenacted a heinous part of American history as a “prank” for likes and clout on social media. We expect this type of stuff from white kids but what makes this story particularly galling is that the Black players went along with it!

In the video, you see three Black players with their heads down, stripped to their underwear, standing on a scale, and holding their private parts as the rest of the white players (and other indeterminable white-adjacent races) yell at them as if they are bidding in a slave auction.

According to a USAToday report, Yuba City Unified School District Superintendent Doreen Osumni made a statement to both CNN and CBS News after receiving a copy of the wildly offensive video

“Re-enacting a slave sale as a prank tells us that we have a great deal of work to do with our students so they can distinguish between intent and impact,” Osumni wrote. “They may have thought this skit was funny but it is not; it is unacceptable and requires us to look honestly and deeply at issues of systemic racism.”

Brothas, brothas, brothas…how in the hottest part of Hell did you allow yourselves to be manipulated by these white folks to the point that you took off your clothes and allowed them to mock you and treat you like chattel? Spanking is frowned upon these days but even at your big age, you all deserve a whoopin’.