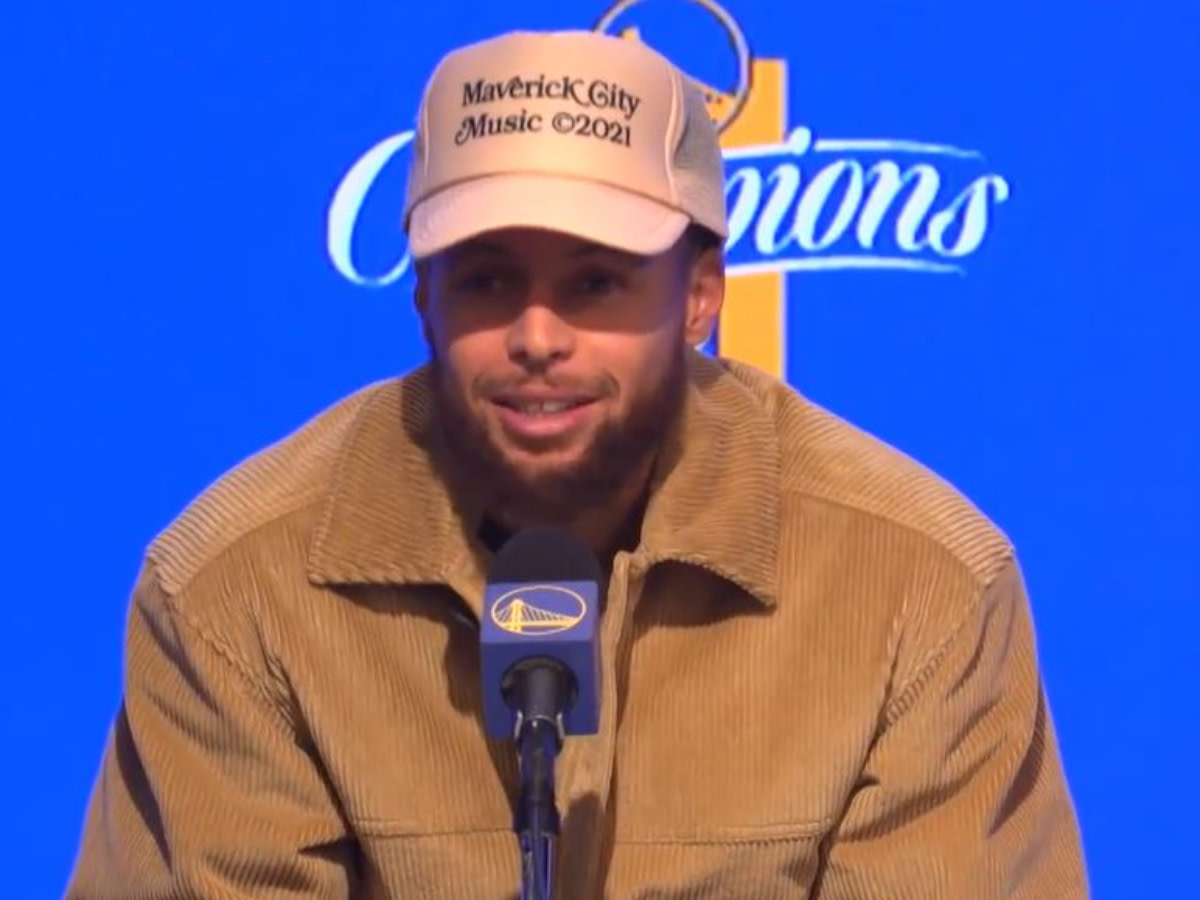 Stephen Curry is in the midst of a magical season as aims to win yet another NBA championship. Curry is averaging 30.0 PPG, 7.0 APG, and 6.6 RPG while shooting 49.9% from the field to go with 43.2% from beyond the arc. While debates rage on regarding where Steph ranks among the all-time greats, what cannot be debated is that he is the greatest shooter in NBA history.

What makes Curry so great is his consistency from beyond the arc combined with his near-unlimited range, which makes him almost impossible to guard. There is nothing he can do which would really surprise us anymore when it comes to shooting the basketball, but a video of Curry drilling five full-court shots in a row went viral recently and it was ridiculous, even by his standards.

If that was any other player, everyone would immediately say that the video had been edited but considering Curry's greatness, many wondered if he did actually pull it off. Reports later emerged that it was indeed doctored and Steph was asked about it after their game against the Indiana Pacers.

"The doctored, the edited, the CGI-ed [video]. Nobody believes I made five in a row from 90 feet?"

"I'll let them be the judge of it but it's an ultimate compliment to probably be amazed by it but not think it's outlandish that it could be real. But we had some fun with it. The Sports Illustrated team coming with some heat. I did make two of them though, just in case anybody was wondering. I used them all then. I didn't make any tonight."

As he says, it is the ultimate compliment that people actually thought the video could be real. Curry also wanted to let everyone know that he did actually make two of them, so the entire thing isn't doctored!

The Warriors definitely could have used a couple of shots like this from Steph against the Pacers, as they lost 112-104, with the result snapping their 10-game win streak at home. Curry had one of his rare bad games, as he scored just 12 points while shooting 3-17 from the field and 2-10 from the three. Klay Thompson was the only Warrior to have a good night from beyond the arc, as he went 8-16 and we expect them to make amends for this poor showing when they take on the Jazz next.