Stephen Curry, Draymond Green, And Klay Thompson Have Talked To Kevin Durant About Him Returning To Warriors: "The Hall Of Fame-Bound Peers Did Entertain The Idea Of A Reunion." 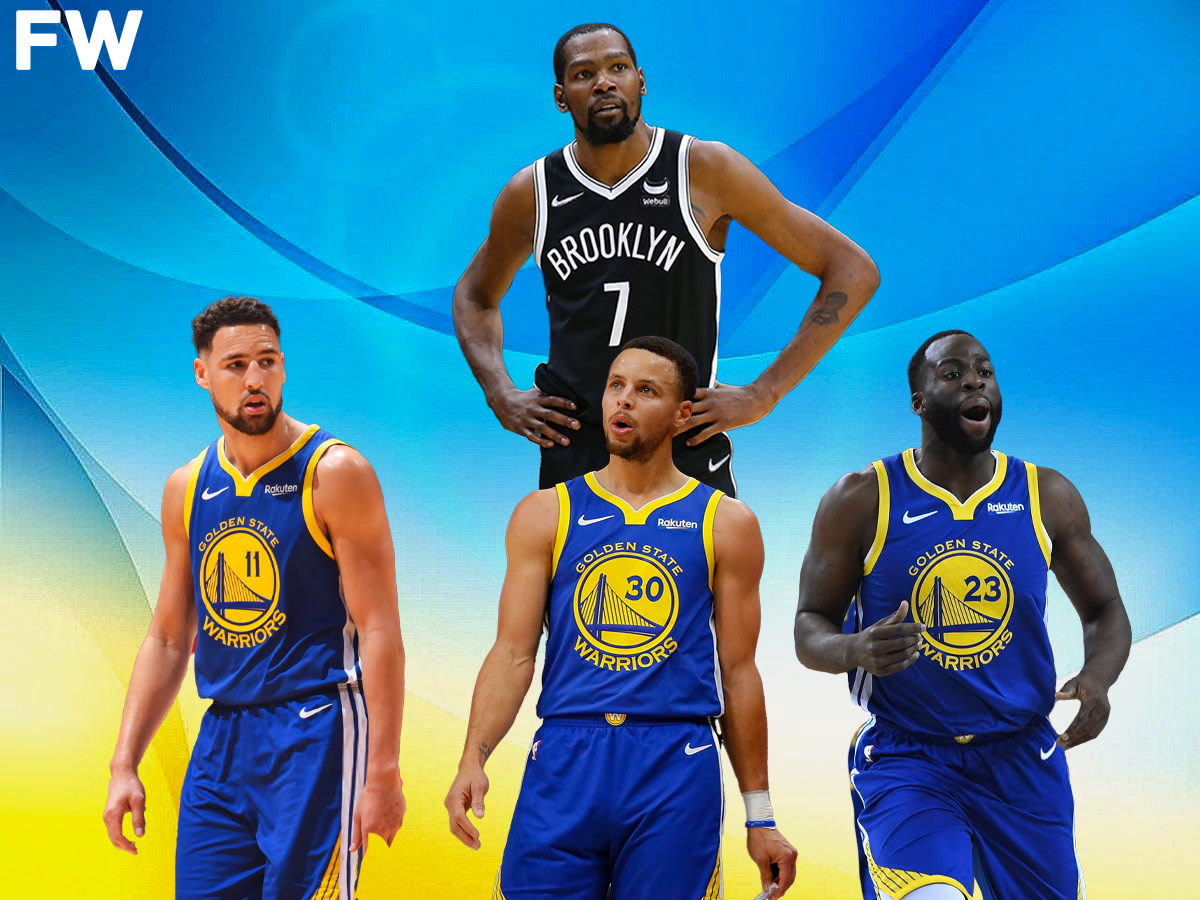 Kevin Durant has a wide variety of teams that would give up most of their franchise assets to trade for the 34-year-old superstar. Currently, the Phoenix Suns are trying their best to figure out a package to bring Durant to their team. The Miami Heat are also in the KD sweepstakes. However, both teams could fall short to a team that has better assets than them and is coming off a championship.

The Golden State Warriors have already won two championships with KD and could feasibly add him to the roster if they wanted to. Nobody would have assumed that they were interested in bringing KD back after the way he left, but The Athletic has made a stunning revelation in terms of whether KD returning to the Warriors is a possibility.

Marcus Thompson II of The Athletic has discussed the possibility of KD going back to Golden State and how there have been minor internal talks that show Stephen Curry, Draymond Green, and Klay Thompson would be okay with a possible reunion with Durant.

The other major question: If a trade is possible, would the leaders of the locker room welcome Durant? According to multiple sources, they would, for the same reason they embraced him in 2016. “I mean,” one source said, “it’s freaking Kevin Durant.”

The Warriors superstars have been in conversations with Durant. In addition to catching up, the Hall of Fame-bound peers did entertain the idea of a reunion. It was mostly about the stunning nature of it even being possible. The idea of them playing together again had to seem impossible when Durant left in free agency in 2019. It isn’t lost on them how life has contrived an opportunity for them to come full circle. They see it, like everyone else, and talked about it, like everyone else.

This isn’t a case where the Warriors stars are pressing the front office to go acquire Durant. Sources made it clear they are fine defending their title with Wiggins, Poole and the young players they’ve been grooming to win with them. But if the universe somehow sets it up so legends reunite, they’d be open to it.

The talent of the Curry-Durant-Green-Thompson quartet was never in question. How the run ended is the source of uncertainty. But the vibes of their conversations this offseason suggest they could click again. (h/t Marcus Thompson II - The Athletic)

KD back on the Warriors would be an absolutely incredible sight to behold. After everything that happened in terms of KD leaving Golden State to lead his own team to a title, him coming back to the Warriors after the new team failed is stunning to everyone.

The only issue with a possible trade between the two teams is Andrew Wiggins. Wiggins cannot be included in the deal unless Brooklyn moves off Ben Simmons as well, as Wiggins and Simmons are both on rookie extensions and Brooklyn cannot acquire another player on that contract after their trade for Simmons in February. The Warriors can't extend Jordan Poole and include him in the trade for similar reasons.

This means one of the existing core members will need to be in the trade to make up salary along with Jonathan Kuminga and/or Moses Moody. Draft picks on top of this make for a messy package that Golden State will have to conjure up for a 34-year-old KD.

The Warriors may be better off without gutting their roster to trade for KD in 2022. In 2016, Durant fell into their lap through free agency. But moving heaven and earth at this point may be a little silly, especially now that many of the Warriors' role players like Gary Payton II, Otto Porter Jr., Damion Lee, etc., have already left the team, reducing the depth of the champions.