Fans of the late New York rapper Pop Smoke have another reason to smile. Close friend and manager Steven Victor went online with a post that'll keep Woo fans entertained for a minute. 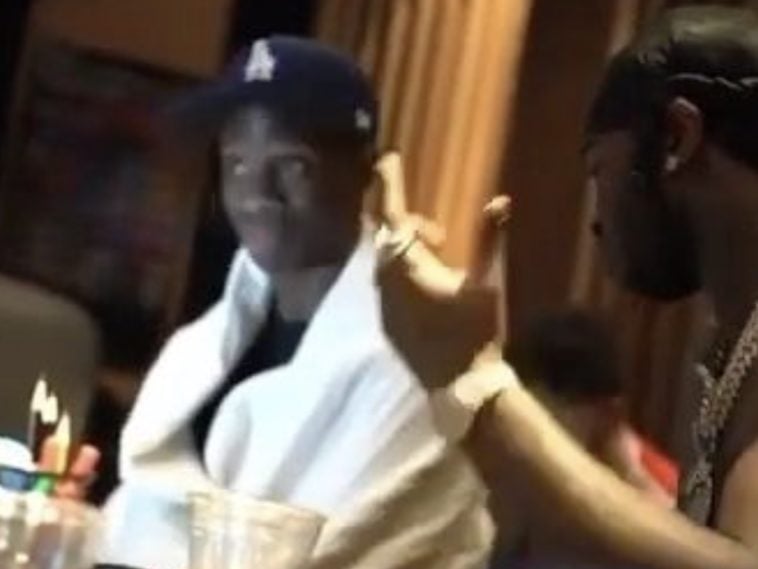 The Victor Victor Worldwide boss shared rare footage of Pop Smoke in the studio with him. Pop is clearly turning up to some audio fire in the clip.

The real gold came in the caption though. He revealed there’s been four tracks added to Pop’s Faith project that dropped last week. The rest of the deluxe version comes out on July 30th.

The new release arrived on Tuesday night on what would have been the late rapper’s 22nd birthday. The deluxe edition of Faith contains “Questions,” “Run Down” with OnPointLikeOp and G Herbo, “Money Man” with Killa, and “Defiant” with Dread Woo and TRAVI. (Complex)

FAITH is going to do insane numbers. The unforgettable Brooklyn drill rap artist’s second posthumous release is projected to sell around 120,000 copies in its opening week.

Anticipation has mounted for the follow-up project to his first posthumous album Shoot For The Stars, Aim For The Moon which peaked at #1 on the Billboard Top R&B/Hip-Hop Albums chart the month it came out and remained on the chart for 17 more weeks.

Pop Smoke’s Album ‘Faith’ Puts a Face To The Name

The cover for Pop Smoke’s upcoming album “Faith” has been dropped! (Via @StevenVictor on IG) #Woo #RIPPopSmoke #Faith