The biggest ‘Avengers: Endgame’ leak might have actually spoiled a Phase 4 movie instead 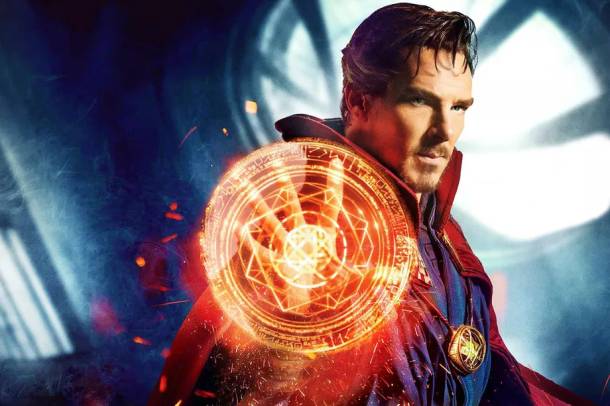 Remember that uneasy feeling you had after walking out of your first screening of Avengers: Infinity War? So many of your heroes died in one of the biggest cliffhangers in Marvel movie history, and the Avengers were handed their biggest defeat so far. Logic quickly kicked in and told you that the dusted heroes couldn’t stay dead for good. The survivors would surely find a way to undo what Thanos had done to the universe, and the other heroes wouldn’t stay dead. After all, many of those actors still had ongoing contracts with Marvel for more movies.

Not long after that, evidence started piling up that the dead Avengers weren’t dead, with all sorts of emerging theories explaining what would happen in Avengers 4, a film that didn’t even have a title at the time. Soon enough, the biggest pre-Endgame leak came out, teasing that the superheroes that just died on the screen would be resurrected. The leak actually came right before the Infinity War premiere, but we had to see Ant-Man and the Wasp first to realize that Tom Holland’s quote was actually a leak in the first place. Then Endgame came, and that leak never materialized. We never got to see that scene. Why did the scene about the Quantum Realm that Holland spoiled never show up in the movie? Well, that epic scene might end up being used in a Marvel movie that has yet to be released.

BGR’s Top Deal of the Day


Ant-Man and the Wasp brought us a better look at the Quantum Realm, and we learned that Scott Lang would be protected from the Snap while in there. This hinted that Lang would hold the key to time travel, which was already one theory for how the Avengers would fix the mess that Thanos had caused.

That Quantum Realm detail prompted many in July 2018 — three months after the Infinity War premiere — to be reminded of a certain interview that took place just a few days before Infinity War:

Benedict Cumberbatch was paired with Tom Holland, with the two joking that Cumberbatch had one role alone: To prevent Holland from spilling any details about Infinity War. Even so, the notorious leaker was able to say this about Cumberbatch during one of the interviews (seen above), when they were asked which one of them is more likely to fumble their lines:

He [Cumberbatch] has the most difficult lines though. He has to talk about so much Quantum Realm stuff. I just have to talk about, ‘Yeah, man, that’s awesome!’ So mine is easy but his is so difficult!

That Quantum Realm line wasn’t anywhere in Infinity War. As Infinity War and Endgame were shot back to back, fans realized that Holland had just spilled one of the biggest Endgame secrets. The Quantum Realm would be used to save everyone, and Doctor Strange would have to explain it to Spider-Man. But both Strange and Spidey had been dusted, so how would this conversation ever happen? Remember that, at the time, Marvel insisted that everything that happened in Infinity War was final, and those deaths were real.

Endgame premiered in late April 2019, and fans who followed leaks, spoilers, and fan theories must have noticed that Doctor Strange had nothing to say about the Quantum Realm. Personally, not seeing what Strange had been up to in his 14-million-universe journey was somewhat of a disappointment. I thought at the time that Marvel had just altered the script because of Holland’s leak.

The closest thing we got to that scene was the emotional reunion between Peter Parker and Tony Stark during the final Endgame battle. That’s when Peter explained, just like a teenager would, what Strange told them about before the magician started doing the yellow sparkly thing that he does (scene above).

And so, we let the huge Holland leak slide. But along comes 2020, an awfully annoying year that the novel coronavirus ruined in so many ways. All Marvel movies and TV shows are delayed as cinemas were closed and productions paused. But rumors about MCU Phase 4 titles increased in frequency as the world started to reopen.

We found out that Doctor Strange will appear in Spider-Man 3 as Peter’s new role model and mentor. And Peter definitely needs all the help he can get, considering how Far From Home ended. He’s a wanted man, a fugitive that’s accused of killing a superhero. Also, people know who Spider-Man actually is for once.

We know that Doctor Strange will navigate the “Multiverse of Madness” in his solo sequel. That implies some Quantum Realm action. Add to that rumors that Marvel wants to include many unexpected characters in Multiverse of Madness, including former Spider-Men Andrew Garfield and Tobey Maguire, and things get really interesting.

The more I thought about it, the more it made sense. Marvel always shoots more scenes than it needs for its films, and Infinity War and Endgame are no different. The Quantum Realm scene that Holland spoiled despite Cumberbatch’s chaperoning might show up in one of these MCU Phase 4 movies. After all, Marvel plans several steps ahead when shooting its films so that it can insert all those neat Easter eggs and connections that will make sense once you’ve seen more films.

Parker is still a teenager, and a scared one. But he’s also a scientist who has already explored the possibility of alternate realities. Doctor Strange could always have to explain how these realities work and why the Quantum Realm might be needed to navigate them. And let’s not kid ourselves, having Strange explain the Quantum Realm to Peter Parker will be insanely satisfying.

This is just speculation based on everything that happened since that mid-April 2018 Holland-Cumberbatch interview. And there’s no way of knowing what Marvel will do with this superhero duo. But having that scene, with some sort of clear Infinity War or Endgame callback, in a Phase 4 film would be an awesome Easter egg and incredibly satisfying. 9 Lady Gaga's two French bulldogs that were stolen have...