The Youngest And Oldest Players To Lead The League In PPG: 21-Year Old Kevin Durant And 35-Year Old Michael Jordan 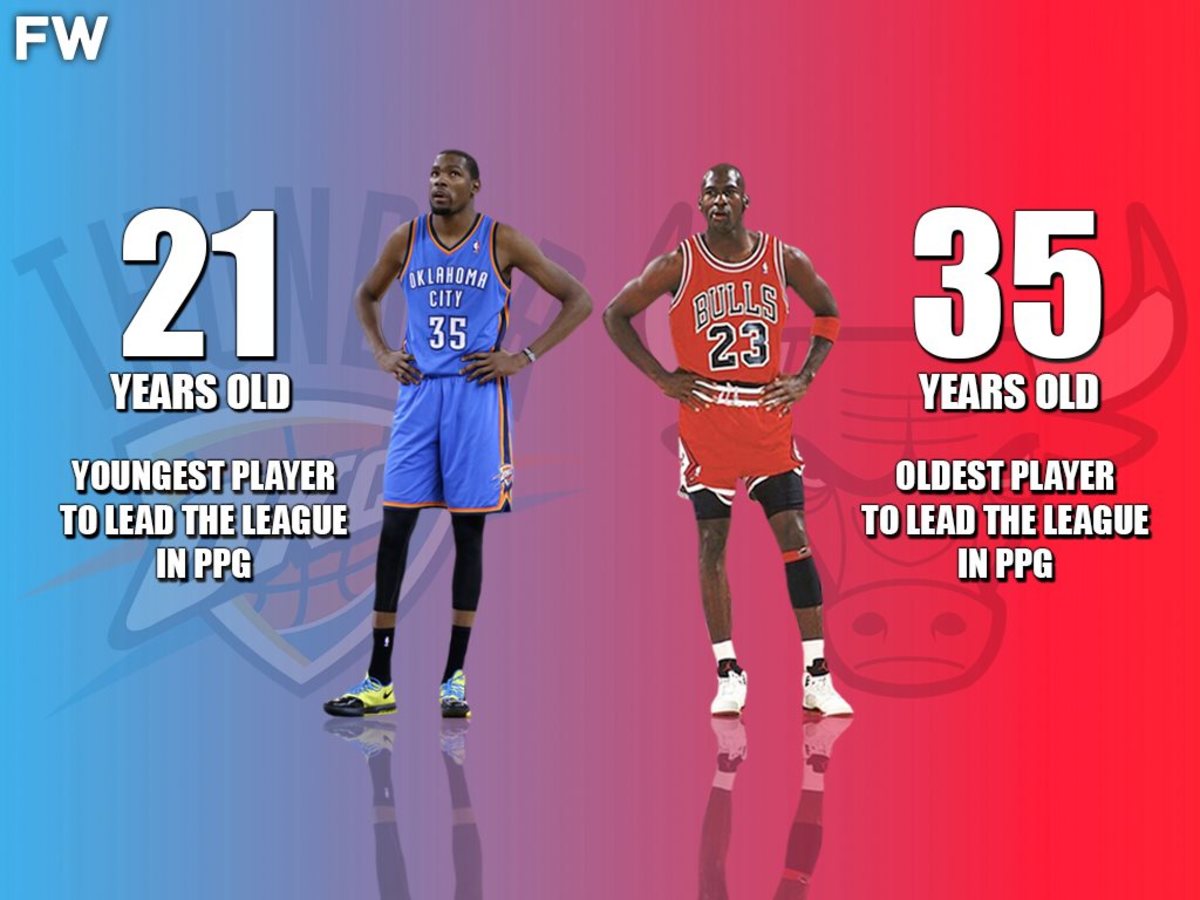 Leading the NBA in scoring is no easy feat. The league features the best players in the world, spread across several teams in the league. On top of that, players in the league are extremely skilled on both ends of the court and will do anything and everything in their power to try and stop you.

Each year, the NBA recognizes an MVP. And oftentimes, the player that leads the league in scoring is in the mix to win that accolade. In today's NBA, being the leading scorer is highly impressive because of the incredibly talented scorers in the league today.

Players like Kevin Durant, Stephen Curry, and James Harden, who are considered three of the most skilled scorers in NBA history, are in their primes right now. So anyone who can topple them and lead the NBA in scoring can truly feel proud about what they've accomplished.

But players who are able to defy the odds and win the scoring title are looked at with just a little more respect. To be able to make history while simultaneously leading the NBA as the scoring leader is truly a fantastic accomplishment.

That is exactly what Michael Jordan and Kevin Durant have been able to do. Michael Jordan is the oldest player in NBA history to win the scoring title, leading the NBA in scoring at 35 years of age in the 1997-98 season.

As for Kevin Durant, he is the youngest player to lead the NBA in scoring, doing so at the young age of 21 in the 2009-10 NBA season. Durant went on to win the scoring title another 3 times, including the next 2 seasons after his first scoring title.

They can both lay claim to the title of the greatest scorer of all time, should they so choose. But regardless, achieving the scoring title at their respective ages shows just how great the two players are in the grander scheme of the sport of basketball. Watch the only time Vincent Price performed the...