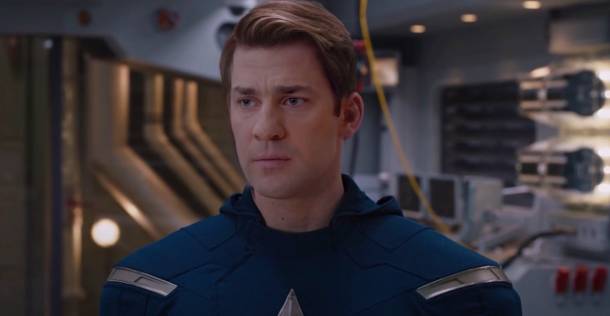 WandaVision is supposed to launch at some point this winter, likely after season two of The Mandalorian concludes. Black Widow was delayed to May 7th, 2021, which means the first Marvel movie of Phase 4 will launch one year later than initially expected. All the other movies will see similar delays, and some of the shows that tie directly into these films will also have to be pushed back. I already suspect that’s what’s happening with The Falcon and the Winter Soldier, which will premiere at some point next year.

More exciting than Marvel’s MCU roster for 2020 is the Marvel rumor mill right now. Of all the interesting Marvel rumors, two caught my attention earlier this week, as both of them said Marvel plans a few incredible cameos for a pivotal Phase 4 film. A trusted leaker said Marvel might be looking at having Tom Cruise play an alternate version of Iron Man in Doctor Strange in the Multiverse of Madness. Other well-known actors would play other Avengers that report said. A less-believable rumor then said that John Krasinski would get to play a different version of Steve Rogers, a role he was once shortlisted for. I already explained why I wish this crazy rumor to come through, and that was before I got to see these amazing deepfakes of Krasinski playing Captain America.

The actor went on record to explain how he auditioned for the role that ultimately went to Chris Evans. More recently, Krasinski and his wife Emily Blunt became fan favorites for playing Reed Richards and Sue Storm, respectively, in Marvel’s upcoming reboot of Fantastic Four. Reports even said that Krasinski has met with Marvel, and the actor addressed rumors of his involvement in the MCU without confirming anything.

Marvel confirmed that Fantastic Four projects were underway in July 2019 when it unveiled most of the MCU titles, without specifying a timeline. The company has never said anything on record about the project since then. It’s unclear who will play the four heroes, at this time, and Krasinski might not be interested in tying himself to Marvel for several years.

All of these tiny developments make the Krasinski-as-alternate-Cap rumor so exciting. The video above proves how alarmingly sophisticated these deepfakes have become, as it gives us a great look at what his version of Steve Rogers would look like.

The only thing that doesn’t fit is the voice, as it’s still Chris Evans responsible for the lines. These scenes are taken from various Avengers and Captain America movies, and you’d need access to a different type of technology to turn Evans’s voice into Krasinski. Still, the clip gives us a good look at what Krasinski could look like playing Cap, and it’s a stark departure from the Jim Halpert we know and love. I can’t but wonder if Krasinski would be able to match Evans, and “do this all day.”

The YouTube channel, which hosts plenty of other mesmerizing deepfake videos, also has a new clip showing Emily Blunt as Black Widow. Before Scarlett Johansson landed the role, Blunt was Marvel’s favorite: