This might be the most exciting Pixel rumor of the year 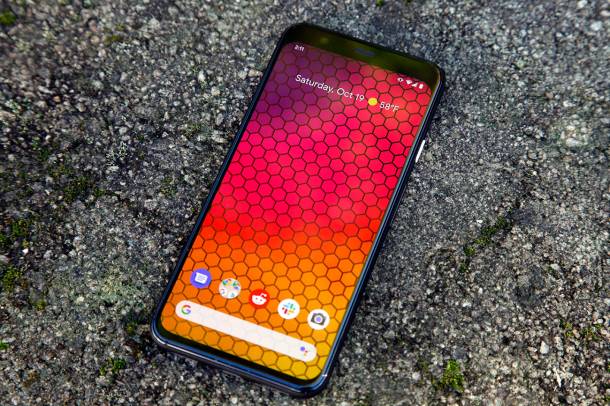 Coronavirus or not, Google is having a terrible year, and things aren’t going to improve anytime soon. Buyers haven’t exactly flocked to buy the Pixel 4 phones, which are now discontinued, less than a year after their official launch. The Pixel 3a series had a similar fate, and the handset reached the end of life well before the Pixel 4a arrived. The new budget phone saw a three-month delay, and it’s facing incredible competition from the iPhone SE and the OnePlus Nord. The Nord will be the best Android alternative to the Pixel 5, although they might not go head to head in too many markets. The Pixel 5 itself might come with 5G support, a 120Hz screen, Google’s pure version of Android, and an excellent camera. But it’s a mid-range phone at best that’s going to cost as much as the cheapest iPhone 12 phones. With all that in mind, it looks as if Google has given up on Pixel hardware, which isn’t terrific news for Android itself.

I’ve often explained that Android, as it is today, isn’t working for Google anymore, that’s why the company is working on a replacement operating system that’s supposed to fix everything that’s wrong with Android. Rejuvenating the Pixel hardware might be part of that long-term plan, and that could explain the terribly annoying Pixel year that fans are experiencing. But regardless of when Google will “kill” Android, we already have a Pixel rumor that’s more exciting than any other Pixel rumor this year. And it’s not the one that says a foldable Pixel phone is coming next year.

With all the action this week, including the Pixel 4a launch and all the new Samsung hardware, a rumor from Korea was easy to miss. ETNews said that Samsung has obtained ordered from Cisco and Google for their “next-generation semiconductor chips.”

The Cisco detail is unimportant for the story, but this tidbit is:

Samsung Electronics also obtained an order from Google regarding manufacturing of more than one chip. It is heard that Google requested a semiconductor that will go into a sensor that can measure body movements rather than for processors that go into current IT devices and an unprecedented application processor (AP).

Samsung is making more than one chip for Google, not just a custom processor that will likely equip the Pixel 6 phones and possibly other 2021 Pixel versions. While the Cisco and Google orders are not confirmed, the report says they could make a meaningful impact on Samsung’s bottom line. “Google is looking to strengthen its hardware (HW) business that includes smartphone, artificial intelligence (AI) speaker, and augmented reality (AR) glasses based on its internet service,” the report reads. And that’s the kind of rumor that indicates there’s hope for the Pixel line beyond 2020.

What is interesting is that Samsung is responsible for both the design and production of the new chips, which might seem to be an unusual move. Foundries create custom chips based on the design that tech companies submit, and TSMC is the best example of that. The Taiwanese giant has been making A-series chips for iPhone and iPad for years, ever since Samsung fumbled a contract for the iPhone.

Samsung certainly has the expertise to make custom processors of its own, although it hasn’t reached Apple’s success, and the criticism of the Exynos-based Galaxy S20 phons speaks volumes. Still, Samsung’s experience could help Google create chips that might rival Apple’s A-series processors. Apple’s silicon has evolved to the point that iPhones and iPads outscore Intel chips in benchmarks, and Apple has already confirmed that the first ARM-based Macs are coming next year.

A report in mid-April said that Google is making its own chips, code-named Whitechapel, and mentioned Samsung as the co-creator of the silicon. The ETNews report provides a lot more information about the project, which makes this Pixel rumor all the more exciting.

Let’s also not forget that ARM unveiled its next-generation of reference mobile chips that will be used in next year’s smartphones. Of those, the Arm Cortex-X1 design stands out and could be used on all 2021 flagships. We speculated at the time that Pixel 6 could make use of this particular premium chip, assuming that Google wants to make the mid-range Pixel 5 forgotten.

With all that in mind, I’ll also point out another report from earlier this week that went mostly unnoticed. Samsung is considering acquiring a stake in Arm of 3% to 5%. That won’t give Samsung control over Arm, but it could certainly help with the development of future mobile chips and possibly reduce licensing fees. This wouldn’t be good news just for Samsung’s Pixel chip-making deal with Google but also for future Galaxy handsets.

The ETNews doesn’t specifically mention the Pixel 6 smartphone or any other handset brands for that matter. And while there’s no guarantee the Pixel 6 will be the first Google phone to feature a custom processor, Google will have to find a way to make the Pixel phones more competitive, especially after the Pixel 5.

might exciting pixel rumor
Read The Rest at
bgr.com

Bull Stabs Matador In The Butt With Its Horns...

6 First iOS 14 jailbreak is already here for some iPhone...