Trae Young On Connection Between Him And Luka Doncic: "I Think It's A Good Thing." 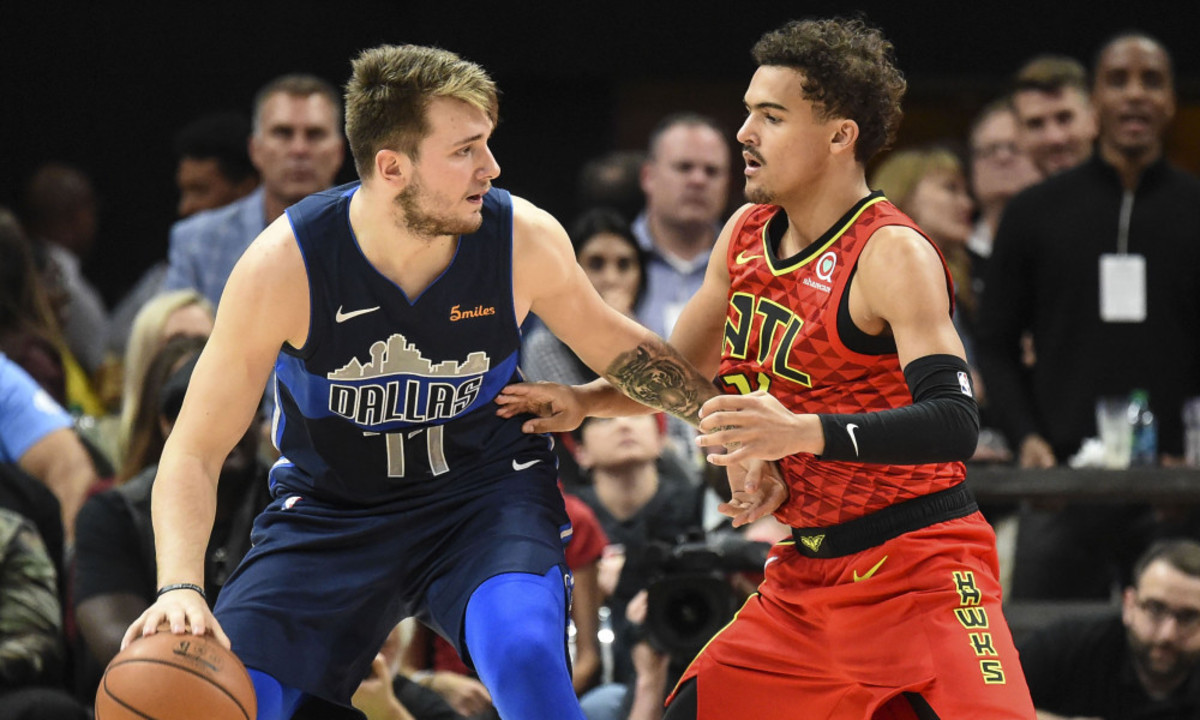 Luka Doncic and Trae Young are widely viewed as the two best players in the 2018 NBA draft. On top of that, the two share a connection due to the fact that they were traded for one another on draft night. There's no denying that the duo will always be linked to one another.

Trae Young was recently asked about his connection with Luka Doncic, and he has agreed with the notion that they will always be connected, joking that "it's up to y'all" while also stating that the bond between them is "a good thing".

I'm sure it is, just because we were drafted in the same class and obviously traded for each other. We're also doing things at a high level, it's not like we're just out here just playing and not doing good for our teams either. I think it's gonna be obviously a connection, but I think it's a good thing. It's a good connection.

We talk in the summer time, we obviously keep up with each other. He's a good dude. For me, I love this competition. People are gonna compare it and whatever, but ultimately I'm trying to help my team win.

There's no question that competing against each other can help players get the best out of each other. It seems as though Trae Young believes that is the case here, evidenced by him loving the "competition". However, his goals extend beyond just Luka Doncic, and he has previously stated that he wanted to reach the level of greats like Allen Iverson and Chris Paul.

The Atlanta Hawks beat the Dallas Mavericks in their most recent matchup, and it's obvious that every matchup between the two teams will be highly anticipated. As Young mentions, the two will always be connected with each other, and as long as the duo keeps playing at a high level, they will always be compared. Fans React To Dwight Howard Not Making The NBA...