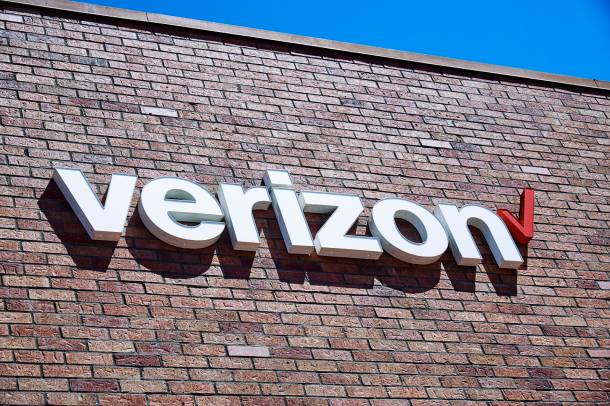 5G might be the future of cellular phone networks, but unless you live (and remain) in a city where true ultra wideband 5G is available, you might be better off sticking with a 4G LTE network for now. In fact, that’s precisely what Verizon’s support team said on Sunday morning in a tweet (that has since been deleted) which advised subscribers to turn on LTE if they noticed their battery life has been draining faster than it normally does.

As The Verge notes, Verizon was careful not to directly point to 5G as the culprit behind accelerated battery drain, but the message was only of use to those who weren’t already on LTE. It was a valiant effort to respond to 5G customers without putting 5G on blast, but it must have come too close to the line, as the tweet is now gone. 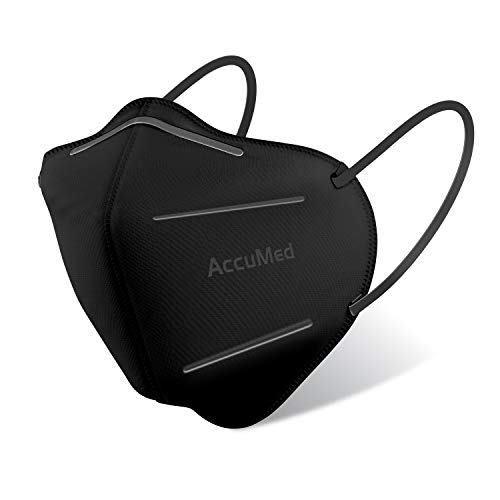 
Before it was deleted, people were responding to the tweet noting that “turning on LTE” really just means deactivating 5G. After all, LTE is never really “off,” because 5G phones can switch back to LTE if the 5G signal isn’t strong enough or if a 5G network isn’t available. A member of Verizon’s support team followed up by explaining that it is important to troubleshoot “steps to find the root cause of any issues with speed,” and added that the carrier is “quickly launching more 5G areas, and making updates constantly to improve speeds.” 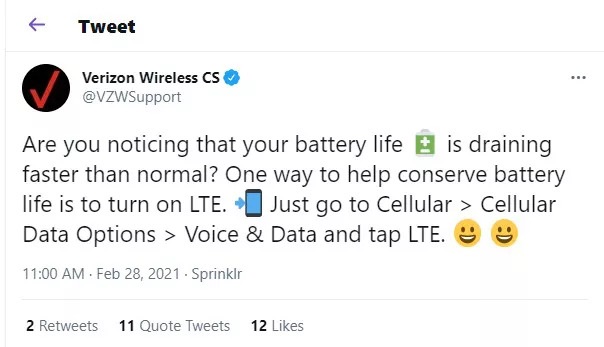 In the end, this was little more than a miscalculation on the part of the Verizon social media support team, but it does highlight the fact that the carrier’s nationwide 5G network is frequently slower than LTE. Nationwide 5G networks are more accessible than UWB networks, but the Dynamic Spectrum Sharing (DSS) technology that Verizon and AT&T use to bring 4G and 5G to the same spectrum is imperfect, and can negatively affect speeds.

In the coming months, Verizon’s UWB network will expand to include more cities, and as more customers upgrade to 5G phones, establishing reliable — and fast — 5G networks will become the top priority for every major carrier. In the meantime, if you’re a Verizon subscriber on a 5G plan and your battery is dying much more quickly than you’d expect, you can always follow Verizon’s now-deleted instructions to jump into your phone’s settings and navigate to Cellular > Cellular Data Options > Voice & Data and then tap on LTE to disable 5G. Top Apple insider says this is when the iPhone...