(Video) Philadelphia 76ers Fans Left The Building At The Score Of 89-72 with 6:32 left: They Show Their Loyalty Once Again 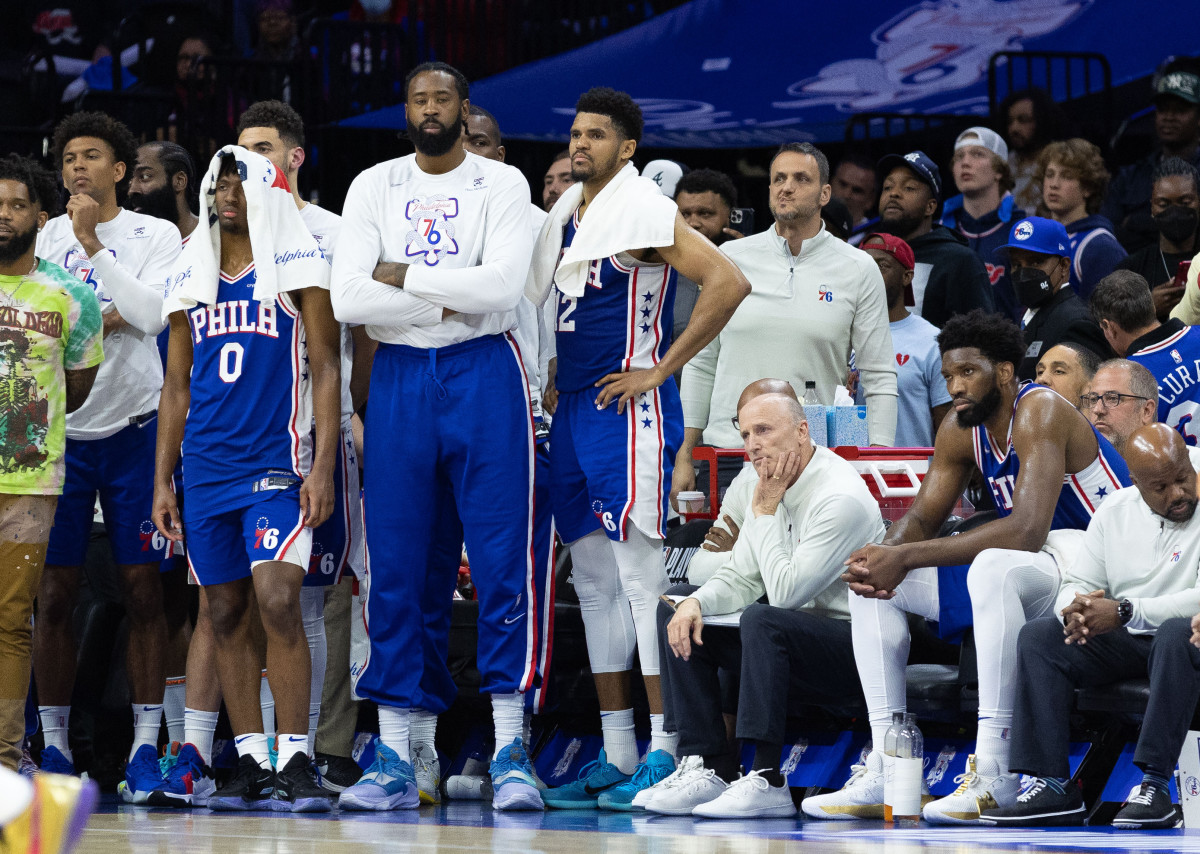 The semifinals round of the 2022 Playoffs is on the verge of being completed. The first of the four series taking place in both conferences is already over. In the Eastern Conference Semifinals, the Miami Heat have already knocked out the Philadelphia 76ers.

After a thrilling series that lasted for six games, the 76ers were eventually unable to match the level of the Heat. There are many reasons for them getting outplayed. Joel Embiid being out of the lineup, James Harden not playing to his standards, and many more.

But one thing that always keeps a team going is the support of the fans. After all, the players are putting in so much effort for the fans to be entertained. However, in Game 6 of the series, it seems that the 76ers fans gave up on their team even before the game was over.

In the said game, the 76ers were outplayed most of the time. But during the fourth quarter, when the score was 89-72 in favor of the Heat, it served as the final nail in the coffin for the Sixers fans. Even though there were 6:32 minutes left in the quarter, many fans started to leave the building.

Looking at this scene in the building, no one would think that the Sixers do not have a loyal fan base. But at the end of the day, can we really blame the fans?

Despite the fact that Joel Embiid was off the roster for the first two games due to an injury, he was back by Game 3. Additionally; the 76ers made a stunning comeback in the series by tying it 2-2.

Unfortunately, it felt like the team got a bit too comfortable after tying the series and failed to play at an elite level. All things considered, the Heat were just better than the 76ers. Will Embiid and co. be able to bounce back next season? We have no way of being sure about it.