Wait, What?! Uvalde Police Spark Outrage After Video Surfaces Of Them Standing Around WHILE Children Are Being Murdered 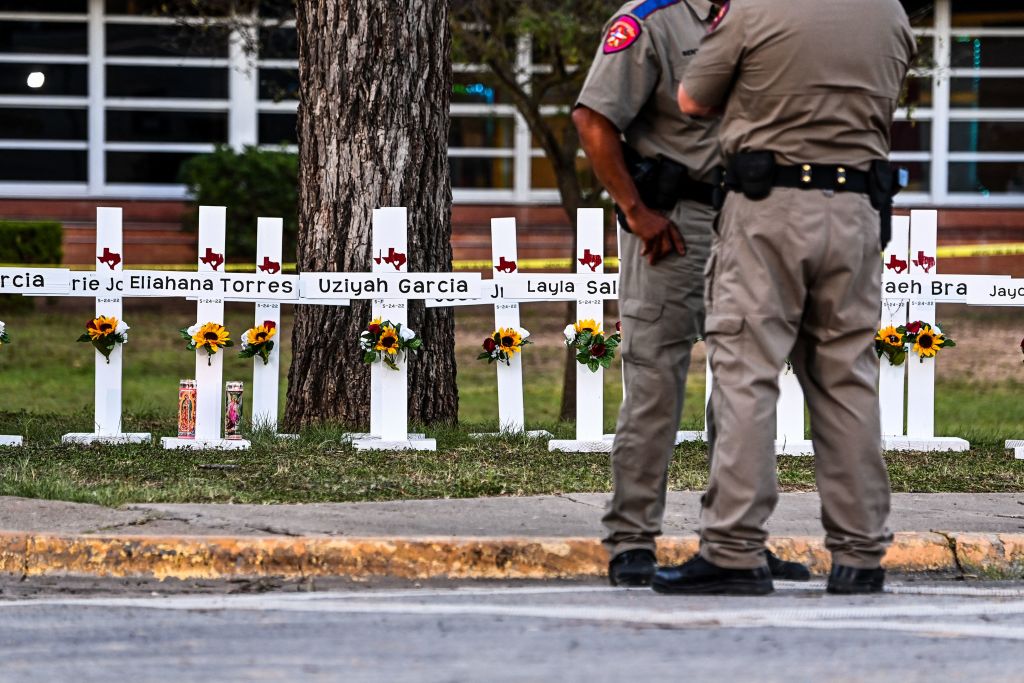 Only a few days removed from the child massacre in Uvalde, Texas and more details about what happened that day continue to become public. Some of that information is not only disappointing, it’s infuriating and sadly unsurprising.

The video that you are about to see is going to make you mad as hell. It shows Uvalde police standing outside doing nothing while frantic parents listen to the sound of the 18-year-old gunman murder their children.

Again, the police did nothing while the shooter killed children.

This video make so much more sense now. The cops literally stopped parents from helping their kids. pic.twitter.com/zhQfUjlpjd https://t.co/DqgZUH3uCC

According to the AP, a man named Javier Cazares rushed to Robb Elementary School where his daughter Jacklyn Cazares was ultimately killed. When Cazares arrived, he saw the police inaction and suggested that the parents and bystanders rush the building to help their dying children.

“Let’s just rush in because the cops aren’t doing anything like they are supposed to,” he said. “More could have been done.”

“They were unprepared,” he added.

To make matters worse, the reaction to this shameful video has revealed that Uvalde spends 40% of the city’s budget on police…

I mean what the hell are we giving cops billions to do. I read that Uvalde spends 40% of his budget on police. 40% on people who stood there and did nothing while kids were being murdered https://t.co/x6vyEzikWt

…yet it took those police 40 minutes before deciding to protect the kids of Robb Elementary.

"Go in there! Go in there!" Bystanders begged police to enter a #Uvalde elementary school as a gunman was inside massacring 19 children for up to 40 minutes. Why did it take so long to stop the rampage? The troubling new timeline – Tonight at 11 from ABC7. https://t.co/jaUudFyUz3 pic.twitter.com/dN6Mz0RqWA

Somebody has some SERIOUS explaining to do! 40 minutes???

uvalde police spark outrage after video surfaces standing around while children being murdered
Read The Rest at
bossip.com Apply now to speak at MetaBeat — the metaverse...