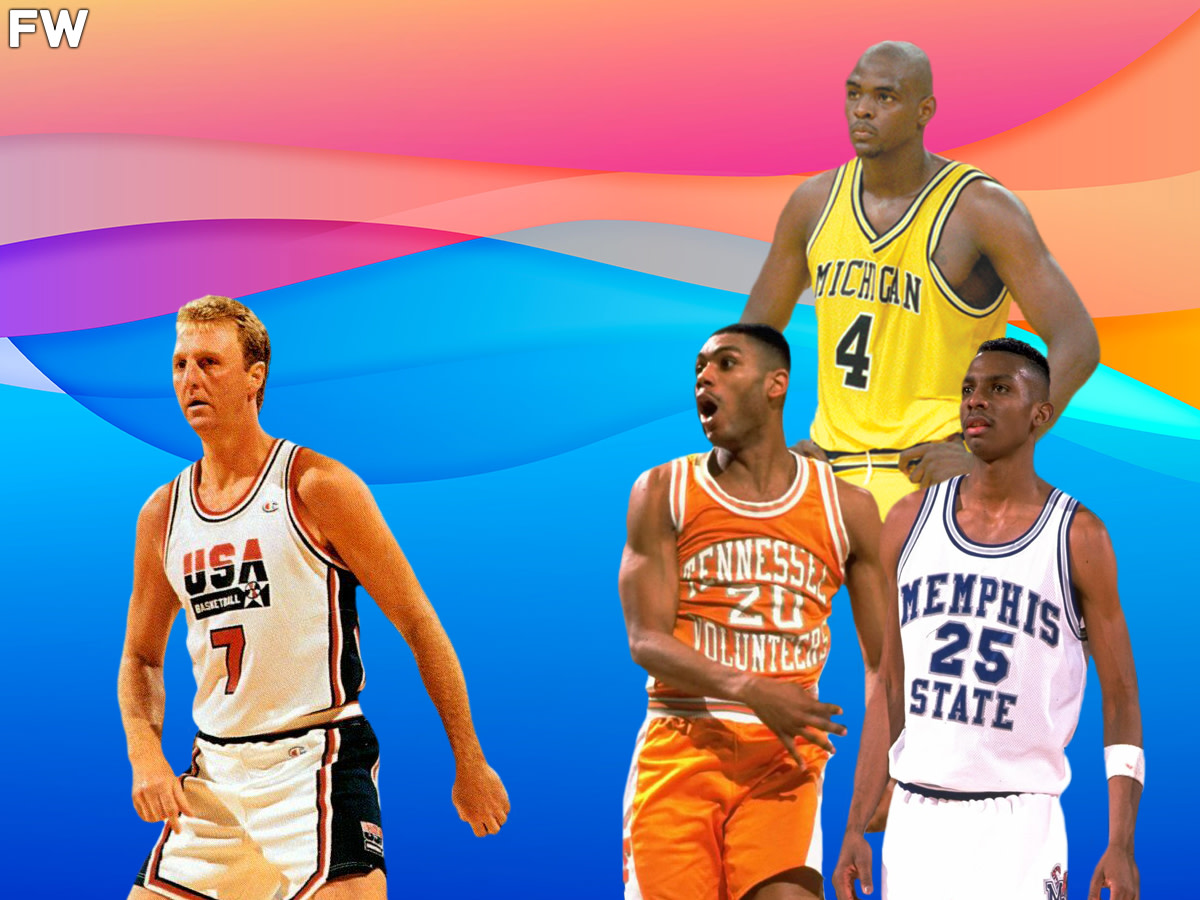 It's not a secret that Larry Bird was a legendary trash-talker during his active days. The Boston Celtics legend made sure to beat his opponents both on the court and in their minds, constantly harassing them and making them hate Larry for his vicious comments.

Even when his back started bothering him, Larry didn't back down and whenever somebody tried to bring him down, he was ready to fire back. The story of Rodney Rogers is well known among NBA fans, but there's more of that anecdote that we're yet to know.

During a recent appearance on Knuckleheads, Allan Houston recalled the time that a team full of NCAA players dared to trash talk Larry, which sparked something inside him (1:02:16).

"So, what they told us is like, ‘Look, they haven’t played against European style as much,'” Houston said, via Sportscasting. “So, for us, it was like go out and just play. You know, move the ball, they gonna play some zone, just run, just play, they don’t know you. So, our thing was let’s just play. They don’t really, they can’t size us up and say, like, force us this way, so it was like, drive, kick, just play. Get up and down. We didn’t have nothing to lose.”

“So we get up, and we start, we start finding a rhythm,” Houston continued. “Guys are, Penny [Hardaway]’s pinning people’s [shots] on the glass, you know, [Chris Webber]’s doing his thing. And Bobby [Hurley]’s just penetrating, you know, and I hit a couple of threes. And the next thing you know, like, we’re feeling a little rhythm. And like, you could tell they’re like, ‘Alright.’ They’re treating this serious, but you could tell they’re just kind of like trying to size everything up. So, at some point, you know, the clock stops. They said, ‘Alright, let’s stop the clock,’ and we look up, and, like, we’re up.”

While some felt very confident after talking their talk to Bird, the legendary small forward was on a mission, ready to prove those youngsters wrong the next time they met.

Messing with Larry Bird was never a good idea. Even though he looked like a good guy (which he is), when it came to basketball, he was ready to do anything in his power to win. Many people learned that the hard way, as Bird took things personally in his attempts to show that he was the best player on the court.