When Reggie Miller's Pacer Teammates Challenged Him To Shoot More, And Miller Responded With A Career-High 57 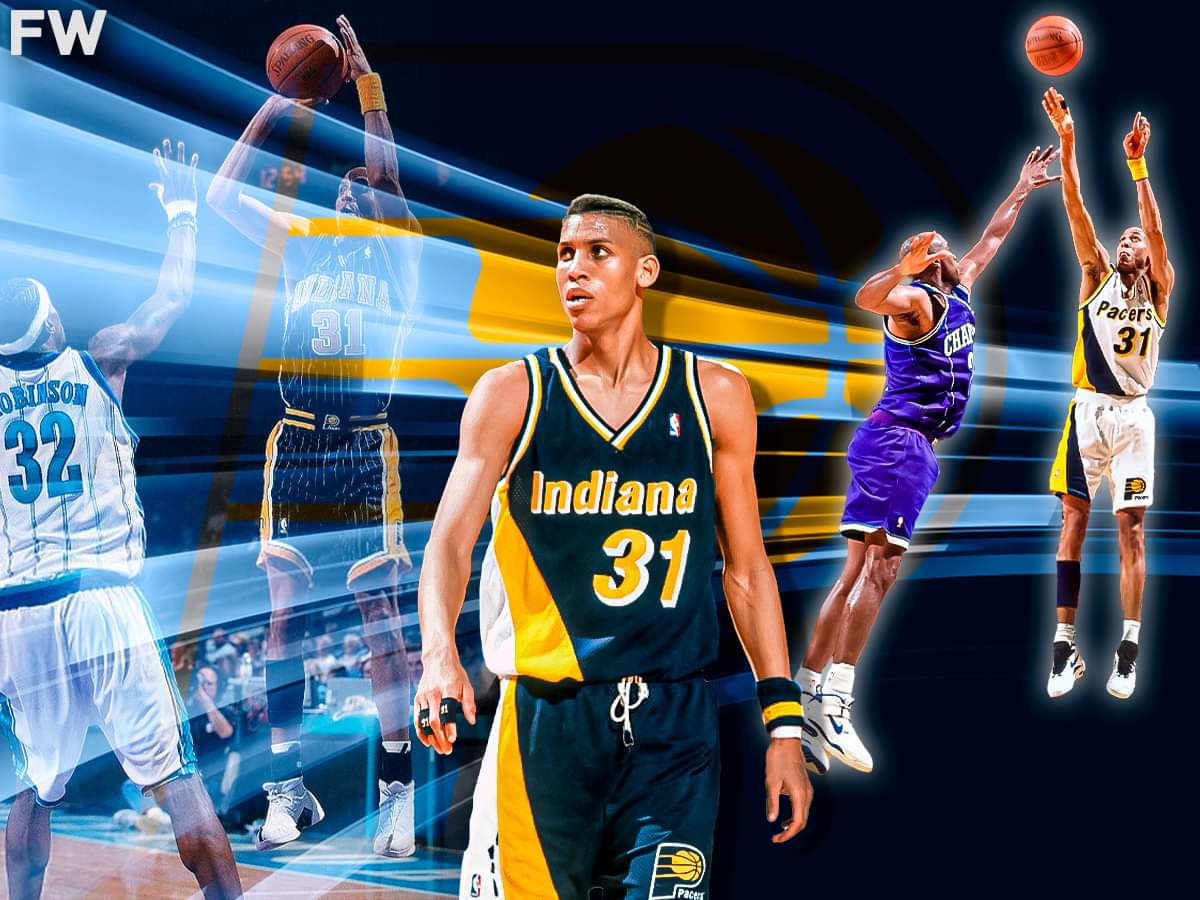 Reggie Miller was the most feared shooter during the 1990s. His ability to hit the long ball, especially every clutch shot, made him into the Hall of Famer he is today.

There was one problem with Miller and his game. This problem appeared to be an odd one, especially with Miller's shooting ability. The one negative about Miller's game was that he didn't take enough shots.

The day after Thanksgiving, on November 27, 1992, the Indiana Pacers played the Orlando Magic. This was a Magic team that had a rookie Shaquille O'Neal. Even with O'Neal, the Magic weren't the best team.

The Pacers were trying to make their mark in the East, and they needed to win every game against the weaker teams of the East, like the Magic. Well, that didn't happen, as the Magic beat the Pacers 130-116.

In the game against the Magic, Miller scored 29 points while taking 20 shots. Despite this, Miller's teammates felt he was playing too unselfish by not taking enough shots.

So, when the Pacers traveled to Charlotte to play the Hornets in their next game, Miller was ready to answer the call given to him by his teammates. From the start, something appeared to be different from Miller, as he looked to be ultra-aggressive.

Miller really took over in the third quarter as he scored 23 points to help the Pacers outscore the Hornets 37-26 to take a 113-96 lead heading into the final quarter.

“He's a Picasso -- he's one of those guys who is capable of nights like that,” Pacers Coach Bob Hill said. “When he stays aggressive and makes quick moves, he's going to get his game back, he's going to start scoring on a consistent basis.

“He hasn't been aggressive early in the season. We all got on him today and explained how badly we needed him.”

This was the type of performance not only Pacers fans but anyone who followed basketball was waiting for. Miller had shown the ability to be a great player in the past, but his unselfishness seemed to hurt him at times.

“I've been telling him to be aggressive for a long time and his teammates reinforced and seconded that today. That meant a lot more to him,” Hill said about Miller.

“I wasn’t being Reggie, and enough was enough,” Miller said about his performance. “I’m ready to reclaim my title and that is being the second-best shooting guard in the East.”

Miller would, unfortunately, have many more moments of not taking enough shots when the Pacers needed him to. This is one of the reasons why Miller never was able to win an NBA championship.

But on that night in November 1992, Miller answered the call from his coach and teammates, and he shot his way to 57 points. It was beautiful to watch, and basketball fans from the 90s wish he would've had that mindset for every game.

Reggie Miller: The Truth Behind 8 Points In 8.9 Seconds

“Patrick Ewing, If You Ever Put Your Hands On My Son Again...”: When John Starks' Mother Threatened Ewing After He Went After Starks For His Head-Butt On Reggie Miller

The Only 9 Players Who Recorded A 50-40-90 NBA Season: Kyrie Irving Joins An Elite Club

The Greatest Shooting Guard From Every NBA Team

The All-Time Playoffs Leading Scorers For Every NBA Team: Michael Jordan Scored The Most Points For One Franchise Stephen Curry Finally Reveals If He Thinks He...