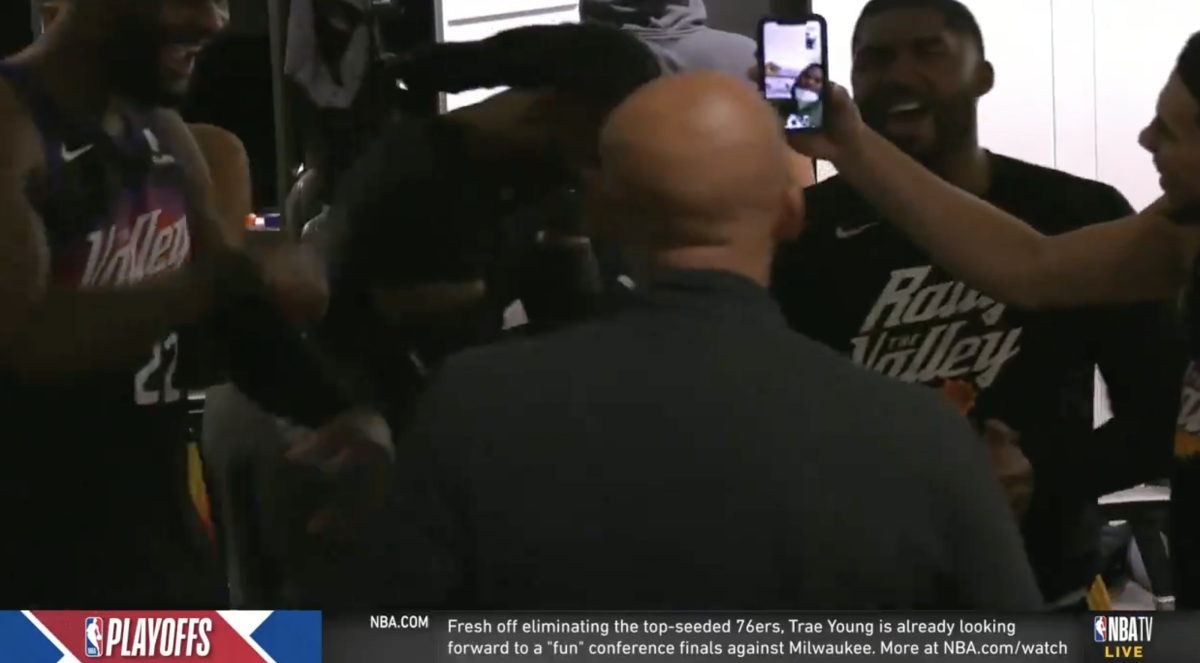 Chris Paul has always been described as an excellent leader and a great teammate. And while nobody doubted his value, this run in Phoenix is really showing us what CP3 is all about and how much he means to his team.

Due to COVID-19 protocols, Paul was sidelined for Game 2, forced to watch his team from home.

But after the win, he was right there, celebrating with his squad.

It's a really wholesome moment that highlights why the Suns have been so good all year long. They have a certain chemistry and bond that brings them together, even when they may be miles and miles away.

As a leader, Paul has established a connection with the guys and is there to show support and love even though he couldn't contribute on the court.

While the future is still unknown, and the series far from over, good news might be coming for Phoenix. According to multiple reports, there is optimism that Paul could return to action for Game 3, putting the Suns in a good position going forward.

Soon to be healthy and whole again, this team has a lot to be excited about, and it's clear that the culture in the locker room is pure positivity.