Wife Horrified At Husband's Tattoo Of Her Ugly Snoring On Plane 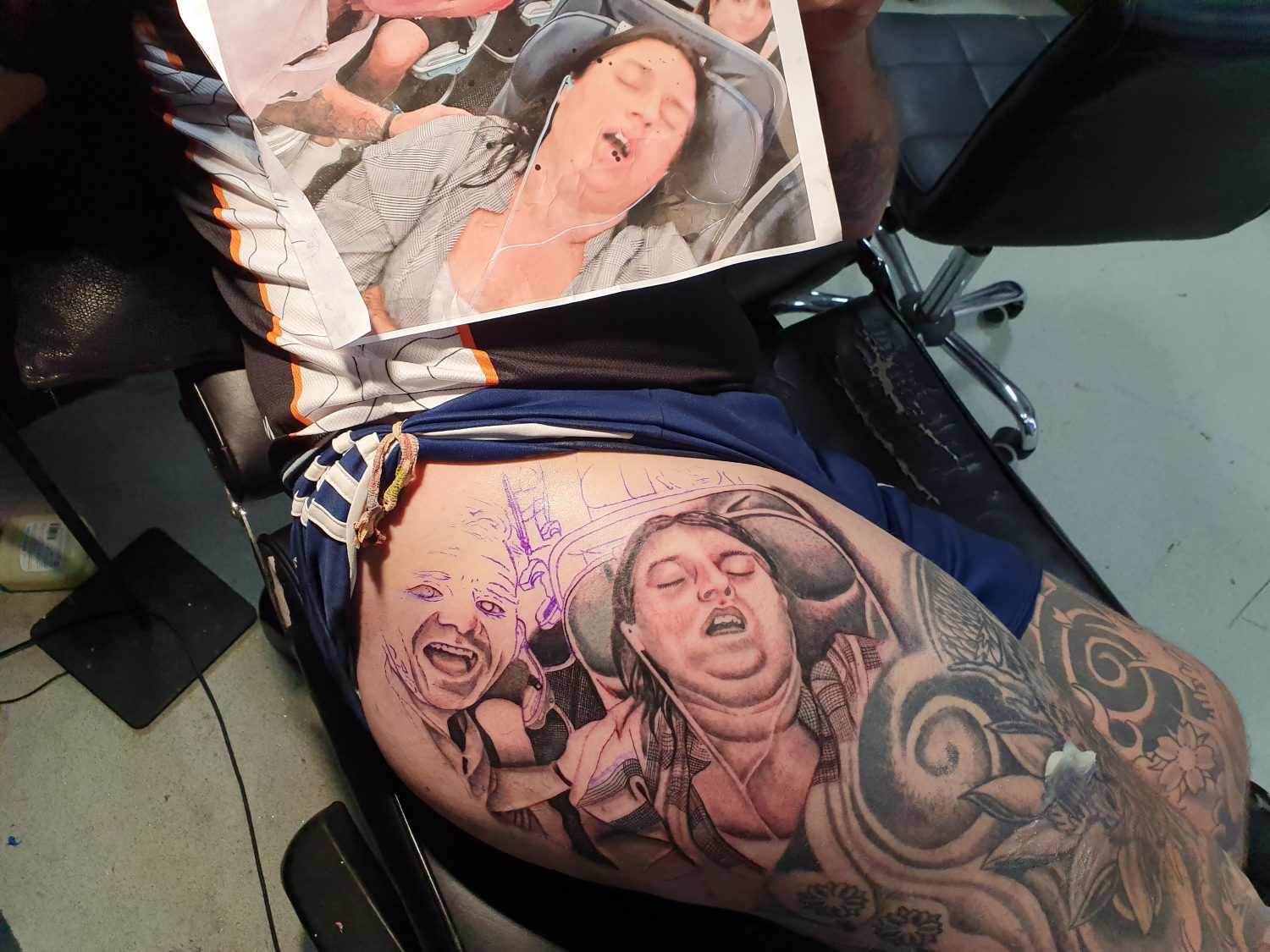 A marriage is supposed to last forever, and so is a tattoo. When you choose your partner as the motive for your tattoo, it is usually a symbol of everlasting love or a beautiful memory.

However, one husband decided to ink an unflattering photo of his wife snoring on a plain onto his bodHavingave a good sense of humor in a relations is importanthip. Still, this guy might have taken the joke too far.

He Got The Tattoo Out Of Revenge 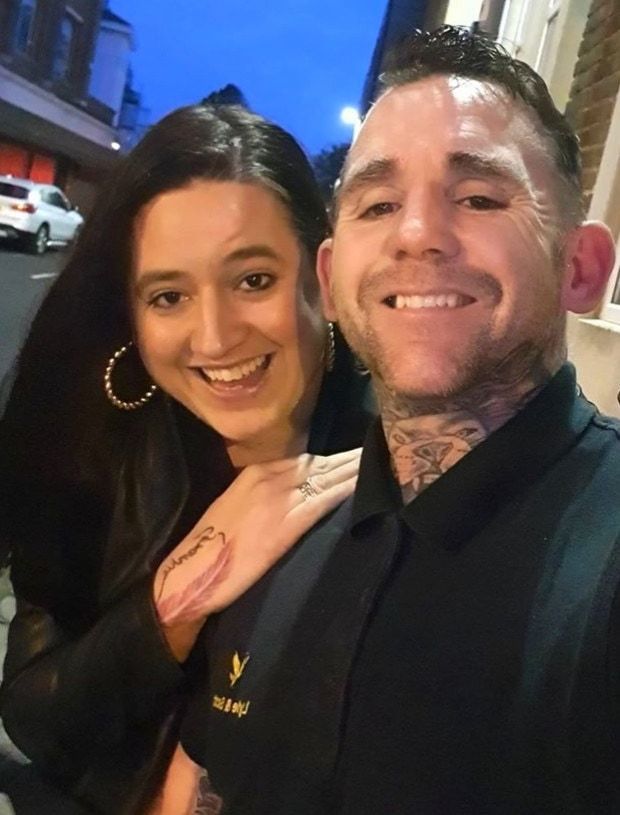 The husband is James McGraw, a 43-year-old window cleaner from Portsmouth, England, living with his wife, Kelly.

The couple often plays practical jokes with each other. Kelly had given her husband an ugly haircut as a goof. James was then looking for a way to take revenge.

He Took The Trolling To The Next Level 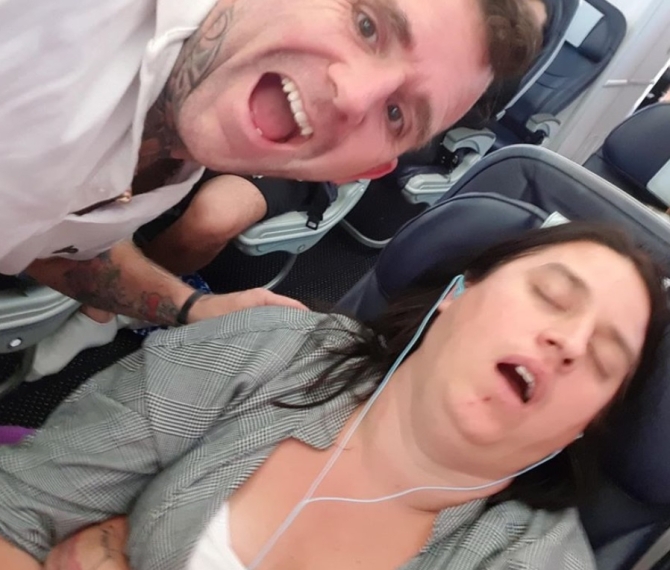 James saw his opportunity during a flight the couple made together in 2019. Kelly fell asleep on the plane leaning back against the headrest with her mouth open.

If you have ever tried to take a selfie from below, you know how terrible it looks. James did just that when he snapped a photo of the couple at a very unflattering angle, making it look like the poor woman has the worst double chin.

As if it was not bad enough, he decided to immortalize the terrible photo by getting it inked onto his body as a permanent tattoo.

The tattoo is placed on his thigh and can be hidden most of the time. However, Kelly was in disbelief and did not appreciate the joke.

"There's a line and he's crossed it big time. We're just a normal family but our banter's got out of hand," she said, adding: "It's still really raw. We do mess about anyway but this is on another level. I was horrified. I couldn't believe it. I hated the photo so much."

James Was Nervous About Kelly's Next Move 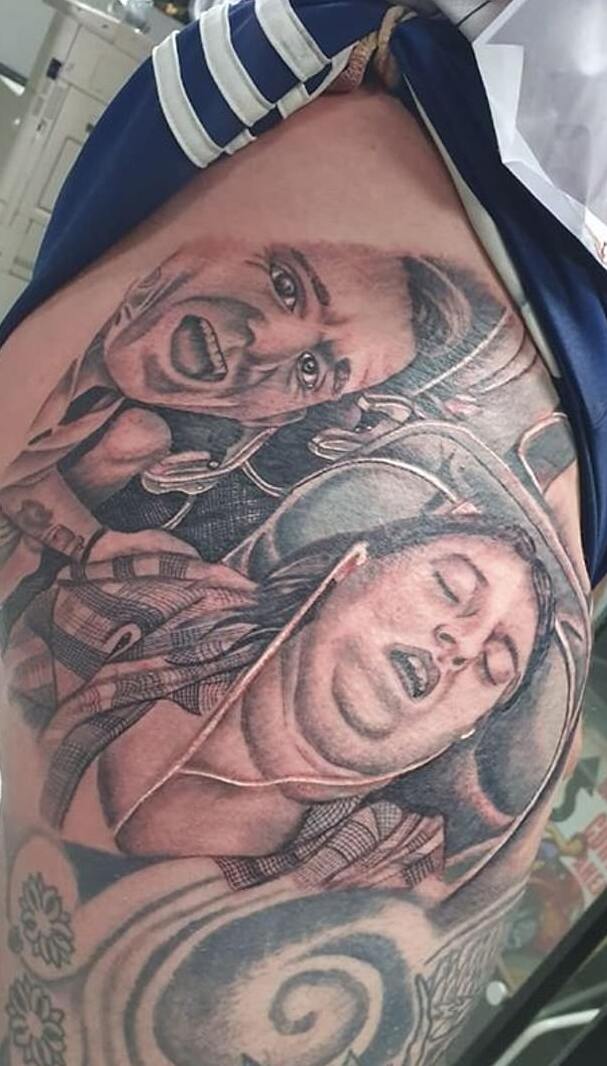 The husband posted the prank tattoo on Facebook and wrote: "Don't know what her problem is . . . everyone else seems to like it."

While proud of his trolling, he felt scared when he thought about what Kelly might do to him for revenge.

"We've been playing pranks on each other for 24 years," he explained. "I'm one up at the moment — but I'm also scared because I don't know what she's now planning."

Even if Kelly warmed a bit to the unflattering tattoo and even had a few laughs about it, she could not get over how ugly it was. She did not appreciate that James made the image look even worse as a tattoo than the original photo by adding extra chins.

"He needs to watch his back because karma's a b***h," she stated. "I'll think of something to get him back, but it's going to have to be really, really bad to top that."

Do you think Kelly got back at him? Or maybe she is still waiting for the perfect opportunity... Jorge Porto-Sierra: The Man Who Wanted To... Cut out the dullness with this nearly $40 off...